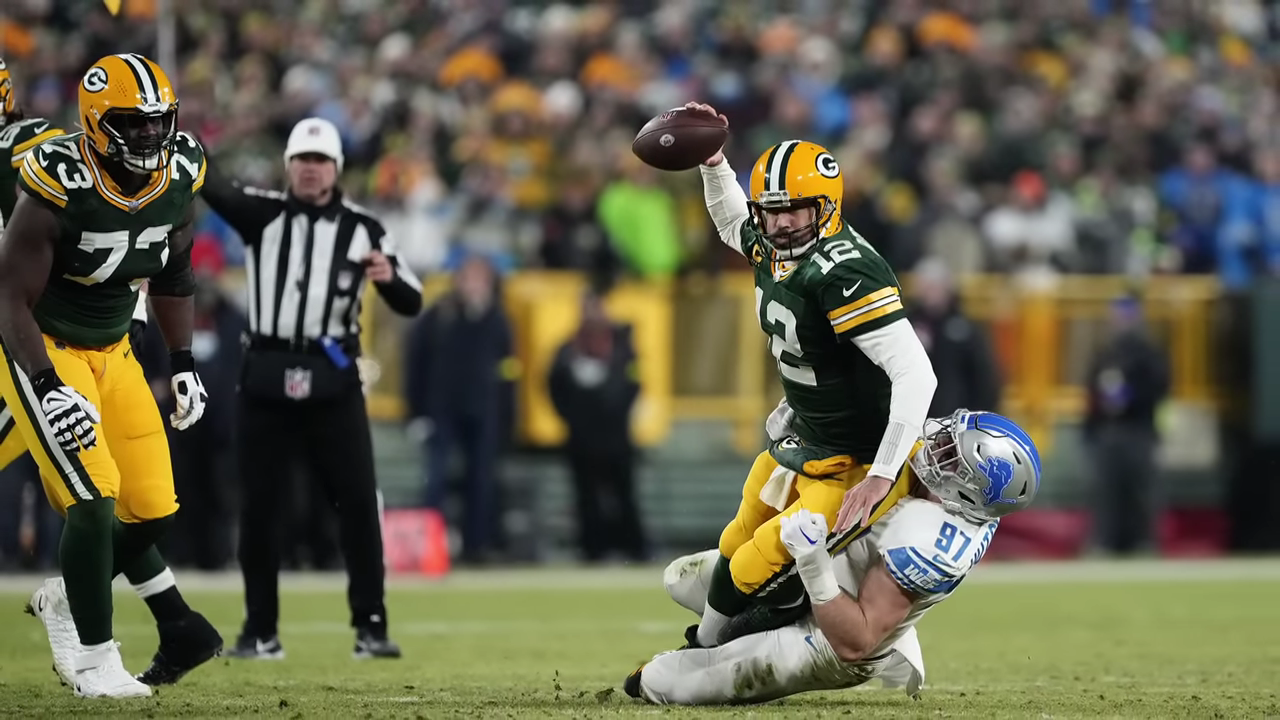 If you haven’t noticed by now, Aidan Hutchinson is one bad man! The Lions hit a home run in the 2022 NFL Draft when they selected Hutch No. 2 overall out of Michigan as he has been better than advertised. Now, for the second straight month, Hutchinson has been named the NFL’s defensive rookie of the Month.

Aidan Hutchinson was a stud at Michigan. Now in his rookie season with the Detroit Lions, he is showing that he has the potential to be one of the best DE’s in the game. And the recognition is starting to pour in fast!

According to WXYZ, Hutchinson has been named the NFL’s Defensive Rookie of the month for the second straight month. This marks the first time a Detroit Lions player has won multiple rookie of the month awards.

Hutchinson was named the rookie of the month for December/January after getting 21 tackles, four sacks, and five tackles for loss in the last few games of the season. So my question is this. After all the in-season awards, how is Hutch still not the favorite to win the Rookie of the Year award on defense?

The Defensive ROY award is a two-man race. New York’s Sauce Gardner is the heavy favorite at -1200 followed by Detroit’s Aidan Hutchinson at +800. Back in August, Hutchinson was listed at +1100 which put him behind Gardner at -500, and New York’s Kayvon Thibodeaux who was then listed at +650. As you can see below, Hutchinson has made up ground and even leapfrogged Thibodeaux, yet he is still a big underdog to take home the prize.

Gardner is a great player, no doubt. And while it is hard to compare these two fairly since they play different positions, I don’t think Gardner should be such a big favorite. In fact, I think Hutchinson should and will walk away with the award. Here’s why.

According to Pro-football-reference, Hutch has more sacks (9.5, vs. 0), fumble recoveries (2 vs. 0), and even more interceptions (3 vs.2) than Gardner. Yes, you read that correctly. Hutchinson has more INTs than Gardner. That is something you don’t see too often when you are comparing a DE to a CB.

Add all of that to the Hutch has just been named the NFL Defensive Rookie of the Month in November and December, these odds just don’t make sense to me. Once again, take that with a grain of salt since Hutch is a DE, and Garner is a DB/CB. Still at +800 vs. -1200? My money is going on Hutchinson.