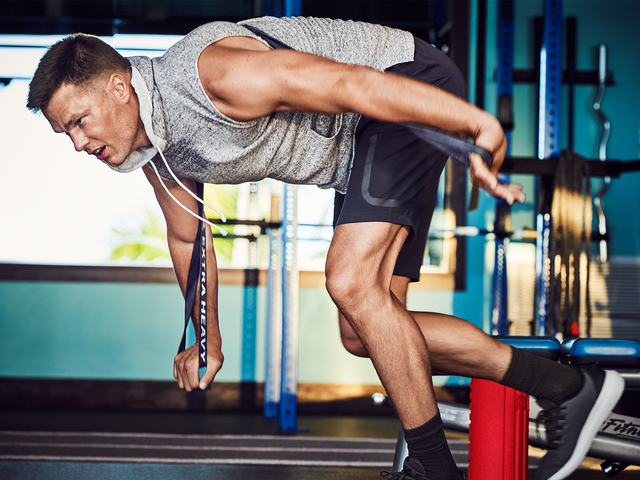 What keeps Tom Brady going at such a high level?  He has 6 Super Bowl rings, 9 AFC Championship rings, and is clutch when he is needed most on the gridiron.

He also has the top-selling jersey in the NFL, and he is yet to still officially run out on the field as a member of the Buccaneers!

After 2-decades with the New England Patriots, Brady is ready to make a run at another title with his new team in Tampa.

With the COVID-19 virus bringing the sports world to a halt, NFL players are forced to keep active on there own as all training facilities have been closed until further notice.

That news hasn’t stopped Brady from putting himself through a tough offseason workout.

Brady was forced to create a makeshift gym at his new Florida home after authorities in Tampa told him to leave a local park he was working out at. Yes, even the parks in some states are closed because of the quarantine.

Whether you love him or hate him, you can’t argue Brady’s offseason workout regimen and his drive to always want to be the best.

Brady posted this simple 15-second video showing him putting himself through one of his many offseason drills.

This video should have all Buccaneers fans excited. Why? Because you are getting a QB in 2020 that has a chip on his shoulder the size of Mount Rushmore that is determined to prove the critics wrong once again.

What other quarterback is running around in full pads in early May? Most likely, none.