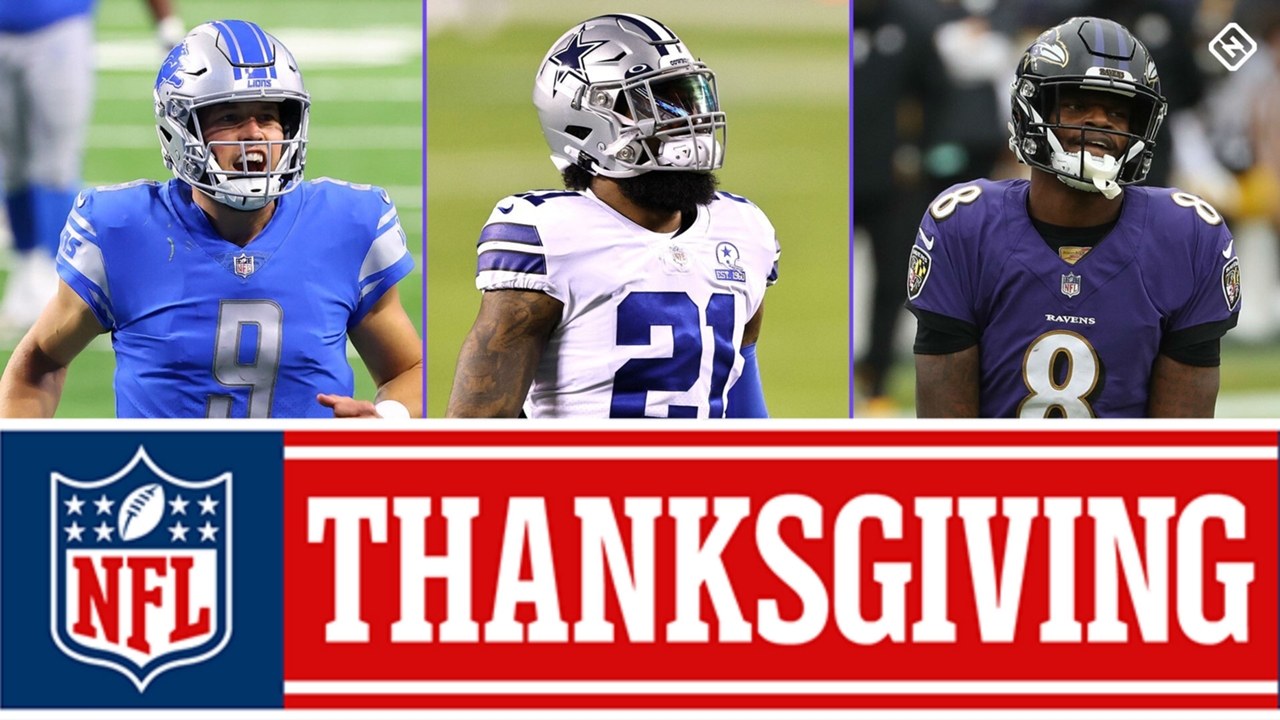 Thanksgiving Day is just 48 hours away! In a year of unpredictability, each team suiting up on Turkey Day is still alive and kicking in terms of NFL playoff hopes – even though 4 of the 6 teams playing are below .500.

Game 1 of the the NFL triple header will feature the Houston Texans taking on the Detroit Lions from Ford Field in Detroit.

Both teams need a win to stay alive in the postseason hunt. The Lions (4-6) are coming off a horrible performance at Carolina in which they fell 20-0. The Texans (3-7) defeated the New England Patriots last Sunday 27-20.

With the never-ending grumblings in Motown that Matt Patricia may be getting let go if this team doesn’t finish above .500, a win on National TV is almost a must for the Lions brass.

Game 2 on the day could decide the winner of the NFC East.

Yes, tied at 3-7, both the Dallas Cowboys and Washington Redskins are just percentage points out of first place. Like they say in sports, it doesn’t matter how you make the postseason or what your record is. Once you are in anything can happen!

The NFL saved the best for last as the undefeated Pittsburgh Steelers face division rival Baltimore. The Ravens have lost two games in a row and at 6-4 are currently on the outside looking in terms of making the postseason in the AFC.

Lamar Jackson has not looked like himself in 2020. However, the Ravens QB will need to come up big vs Pittsburgh if he hopes to guide his squad to a postseason appearance this January.

Current odds, how to watch live

Here is a look at the current odds for the Turkey Day games, along with how you can watch each game live. Also, be sure to check out more NFL news and odds info on our NFL page.