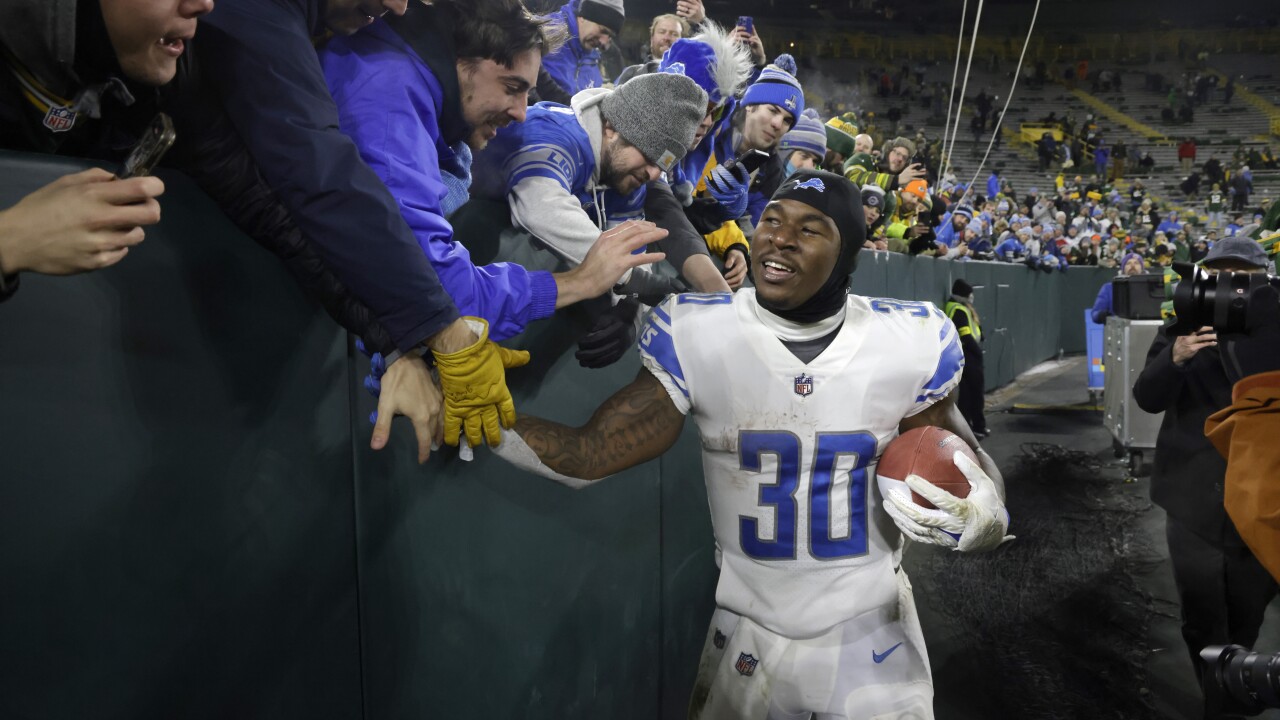 The Detroit Lions surprised many NFL experts in 2022. After a great second half of the season which saw the Lions finish on an 8-2 run, Detroit fell just one game short of making the NFL playoffs. They may have fallen short of the big dance, but this team is clearly on the upswing. In fact, the Lions find themselves heading into the offseason with one of the most potent offenses in the NFL. The only downfall to this? The Lions won’t be sneaking up on anyone in 2023 – so they definitely need to keep their key components.

One issue the team may have this offseason is bringing back several key free agents. According to Spotrac, the Lions have 25 players who aren’t under contract heading into the offseason. While the odds of Detroit bringing back all of them are small, there are several players who we think are on the “must resign” list and several who are on the bubble. Let’s break it down.

GM Brad Holmes is going to have a busy offseason. Don’t worry Brad, we have some can’t miss advice. After all, we were banging the drum loudly the day after you traded for Jared Goff saying that this deal is the stepping stone the Lions needed to become an NFC powerhouse. Many sports experts in Motown didn’t feel the same at the time. Looks like we were ahead of the curve here at SOD. So when it comes to this upcoming offseason, we are sure Brad Holmes will be chiming in for our advice! Okay, maybe not, but here are my thoughts – just in case he needs a bit of help.

So let’s play GM for a day. If I were in charge, these are the no-brainer free agents Detroit needs to bring back and the length of the deals that would be offered.

Jamaal Williams — RB — What can you say about Williams? Williams accumulated over 1,000 yards rushing. He also broke Barry Sanders’ rushing record for most rushing touchdowns in a single season (16) when he passed the Hall of Famer, who has held the record of 16 since 1991. And most importantly, Williams is great in the locker room. His teammates love him and so do the fans. Resigning Williams is really a no-brainer. (3-year deal, $12-15 million)

Alex Anzalone — LB — He came here with Dan Campbell from the Saints and Double-A has shined. The Lions defense has been suspect at times, but the playcalling leadership Alex Anzalone brings is key. Anzalone led the team in tackles with 125 and started all 17 games in 2022 – meaning the guy is durable. Another no-brainer here. (2-year deal, $8.5 million range)

DJ Chark — WR — At first this 1-year $10 million deal Chark signed this past offseason seemed like a mistake. However, when Chark got healthy he proved to be very valuable to the Lions offense. Keeping Chark is a must. With wideouts St. Brown, Reynolds, Raymond, and the young Jameson Williams waiting in the wings, along with a strong run game, Chark is a key asset that this team needs to hold on to. Just like pitching in baseball, you can’t have enough offensive weapons in football. (2 or 3-year deal/20-$27 million)

Isaiah Buggs – DE/DT — A true diamond in the rough. The former Bama star has been a great pickup for the Lions this past offseason. Buggs has been solid up front and his demand to be double-teamed has helped rookies Aidan Hutchinson and James Houston get loose on the ends. You gotta bring the big fella back in 2023.

Deshon Elliott — S — Although Deshon Elliott has suffered three season-ending injuries in five seasons, he played very well for the Lions in 2022. Another plus is he didn’t break the bank. If Detroit can get the former Texas standout on a 2-year deal for $8 million or so that would be a win-win for both sides.

While those are my top five I would be offering deals to ASAP, the other three are just as important. Team chemistry is just as big in sports as the actual ability to play the game at a high level. These three all were big in 2022 and hopefully, they will be back this fall.

Brock Wright — TE — Along with Shane Zylstra and James Mitchell, the Lions have a nice trio of TE’s as they go forward from the TJ Hockenson era. The former Notre Dame star Could be a big part of of DC’s offense once again in 2023.

Amani Oruwariye — CB — He’s been up and down but the pros definitely wiegh the cons. The secondary improved greatly in the second half of the season and bringing No. 24 back in the fold should be a priority.

John Cominsky — DE — Like Buggs, John Cominsky is a diamond in the rough that the Lions should definitly hold on to. MLive reports that Cominsky finished with career highs in tackles (30), tackles for loss (five) and quarterback hits (12), not to mention became a key chess piece up front that sprung young guys like Hutchinson for big plays. He’s become a coaches’ favorite because of it.