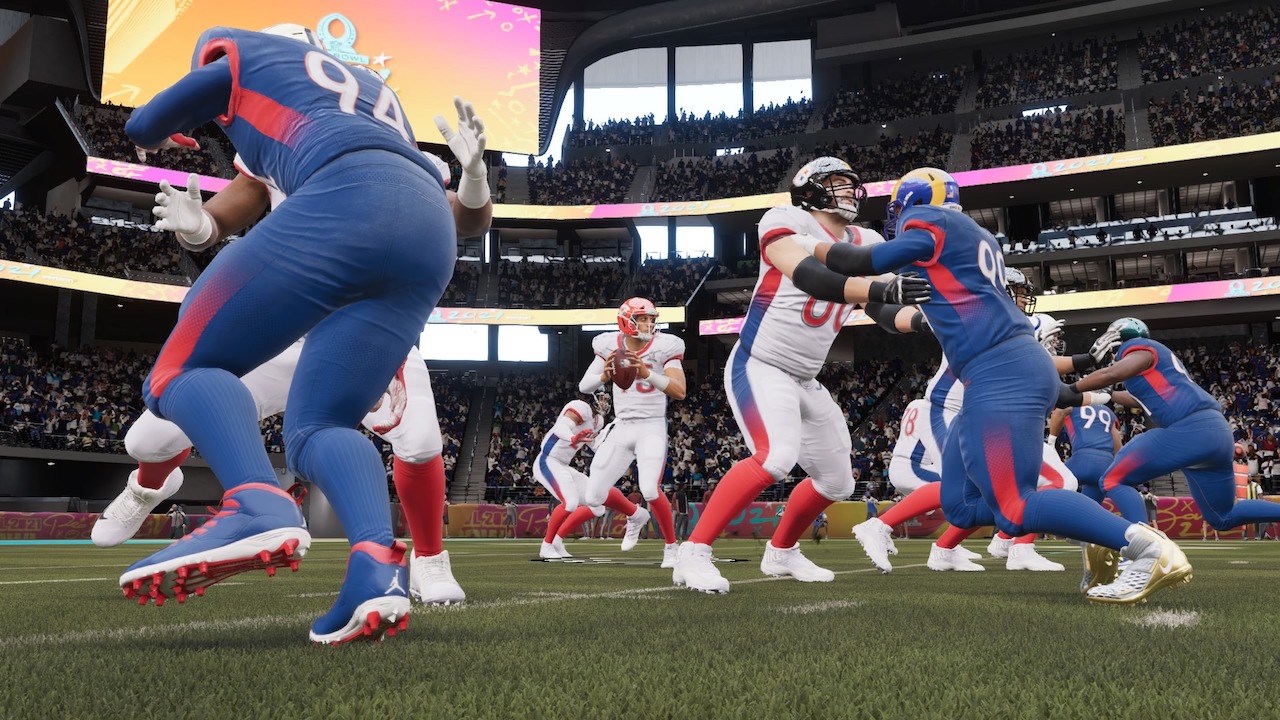 It’s been an interesting past year in sports, with seasons canceled, games postponed, and rosters jumbled due to the COVID-19 pandemic. The NFL managed to get through its regular season and playoffs, with the Super Bowl set for early February. Ahead of that, they’ll have the annual Pro Bowl, but on the popular EA video game. There’s actually Madden 21 Pro Bowl odds available which shows the favorite and underdog for the upcoming game.

What is the Madden 21 Pro Bowl?

Each year, fans and others get to vote for which AFC and NFC players deserve NFL Pro Bowl spots. That still happened for 2021, but there is no real-life game taking place. Instead, a group of celebrities and NFL players (past and present) will battle it out in a Madden 21 Pro Bowl.

The game will feature the AFC and NFC rosters, as they were constructed through voting. Among the star players on the Madden 21 Pro Bowl roster are Patrick Mahomes, Deshaun Watson, Derrick Henry, and Travis Kelce for the AFC. On the NFC, there’s Aaron Rodgers, Kyler Murray, Dalvin Cook, TJ Hockenson, and DK Metcalf, among others. Check out the complete rosters here.

There was also a Video Game Numbers Challenge that took place, where people playing Madden 21 in certain game modes could determine one additional player from each conference.

The Eagles’ Miles Sanders joined the NFC, while the Chiefs’ Clyde Edwards-Helaire joined the AFC. That was due to these players scoring the most touchdowns in Madden for a certain range of dates.

So who’s controlling the teams? The AFC and NFC squads each feature four players running things. Leading the AFC team will be Deshaun Watson. The star quarterback is in headlines lately as he wants a trade from the Houston Texans. For the NFC, the Arizona Cardinals’ Kyler Murray will be team lead.

Also on the AFC will be Titans running back Derrick Henry, former NFL wide receiver Keyshawn Johnson, and hip-hop star Snoop Dogg. For the NFC, Murray is joined by the Seahawks’ Jamal Adams, former NFL running back Marshawn Lynch, and NASCAR’s Bubba Wallace.

Latest odds and how to watch the game

Based on Sports Betting Dime’s report, the AFC is currently a -210 favorite to win this Madden 21 Pro Bowl. The NFC will be +160 underdogs heading into this battle. However, it’s still unknown what the rules are for the game, in terms of which of the players will be controlling the teams and when so that could make betting on this one tricky.

The game will be featured live streaming online for viewers to check out starting at 5 p.m. Eastern Time via the EA Madden Twitch and the NFL’s social media platforms including YouTube here.

While it’s not quite the same as real-life football, it may give fans a bit of entertainment to hold them over until Super Bowl LV arrives in a week.