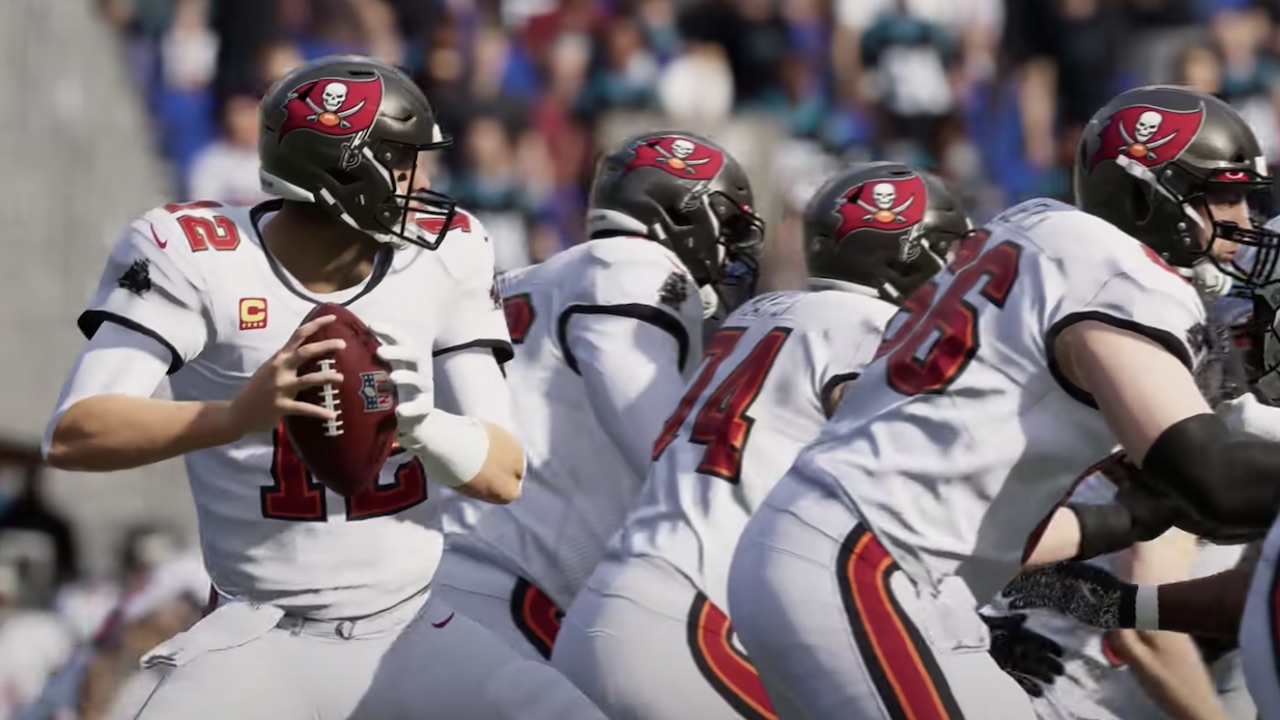 The NFL season is approaching rapidly and so is the release date for EA’s Madden 22 video game. With the buildup towards the popular football title, EA has been giving fans a sneak peek at the player and team ratings. That included a reveal of the top quarterbacks in the league, with seven-time Super Bowl champ Tom Brady among the best. His Tampa Bay Buccaneers are considered the best in the game, as they prepare for their championship defense.

With the Madden 22 video game coming soon, we look at some of the in-game numbers. The player ratings are typically a big deal in the sports video game world. Players often get into heated discussions over their numbers, suggesting they were underrated in various categories or overall.

Reigning Super Bowl champ Tom Brady usually isn’t in that camp and probably isn’t fazed again. He comes into EA’s Madden 22 ratings for quarterbacks with a 97 overall. That’s two points lower than Patrick Mahomes, who is rated a 99 overall.

A 99 rating is the best possible number for Madden, and only five players achieved that ahead of the 2021 NFL season. Along with Mahomes, his teammate Travis Kelce is also a 99. So are Green Bay Packers wide receiver Davante Adams, and Rams defensive stars Jalen Ramsey and Aaron Donald.

Tom Brady has been a 99 OVR in the game several times before, so it’s been there, done that. For him, the more important numbers are those in the win column and getting his team back to another Super Bowl this season.

Coming in third overall is the Packers’ Aaron Rodgers, who up until recently seemed on the verge of retirement. However, a late deal ahead of training camp keeps Rodgers in Green Bay. He checks in with a 96 overall Madden rating, right behind Brady and Mahomes.

While Brady may have fallen short of the top spot amongst quarterbacks, that’s probably just fine with the seven-time champion. His Tampa Bay Buccaneers are rated as the best team in Madden 22 ratings just ahead of the 2021 season. See all team ratings in the game.

EA has awarded them a 92 overall rating based on a 92 offensive rating and a 90 defensive rating. The second spot goes to Mahomes and the Chiefs at a 90 overall followed by the Packers at 89 overall. The Ravens (88) and Browns (87) are also considered top-five teams in the EA video game.

While Madden says one thing, oddsmakers say another. The Chiefs currently lead all teams in the odds to win the Lombardi Trophy, with the Bucs in second, per Odds Shark.

All teams have received ratings per the video game’s criteria, with the New York Jets rated the absolute worst team in the league at 72 overall. The Carolina Panthers are second-worst at 73 overall, with the Detroit Lions rated 74 overall. Cincinnati is tied with Jacksonville at 75 overall, although the Jags recently got a decent QB named Trevor Lawrence in the NFL Draft.

In addition to being the top two quarterbacks with the top two teams, Brady and Mahomes share the game’s cover. The new Madden 22 game arrives on August 20, 2021, for select gaming consoles.

Check out more NFL news and rumors with odds updates as the season gets going soon!