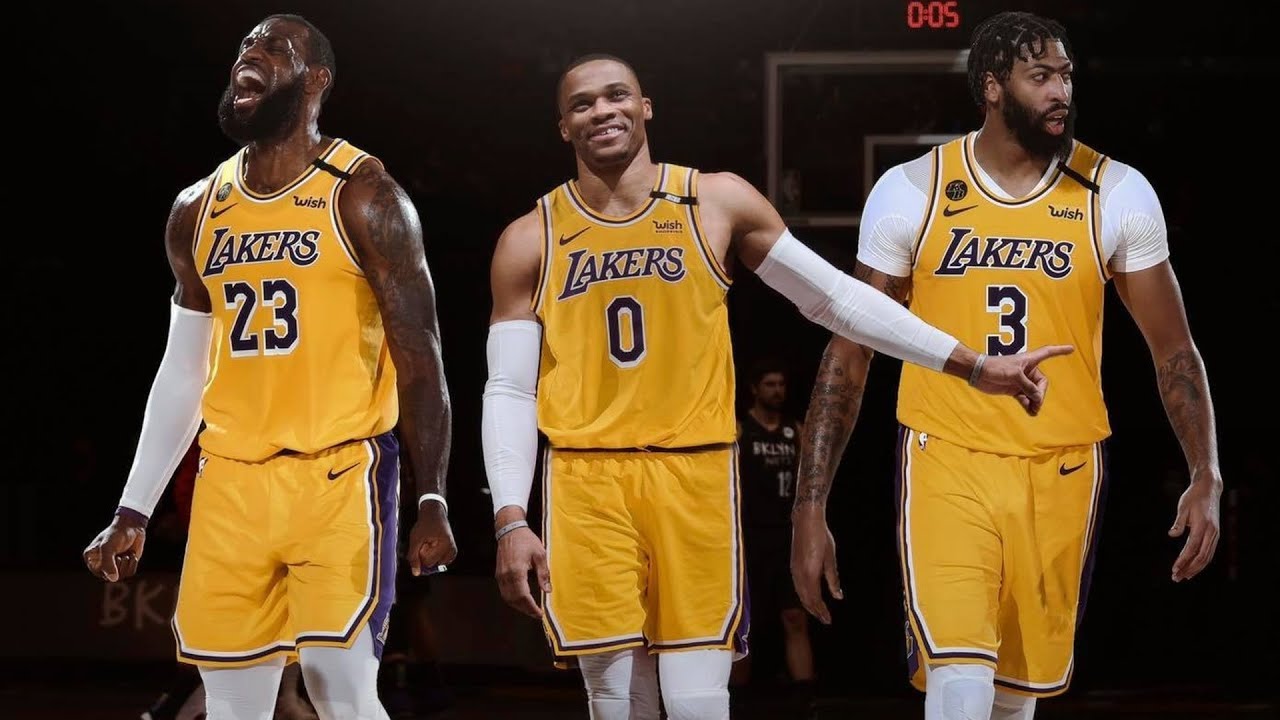 Several moves have transpired in the NBA over the past week as teams look to upgrade their rosters. Perhaps the biggest came via the Los Angeles Lakers on NBA Draft Night. The team acquired former NBA MVP Russell Westbrook in a trade with the Washington Wizards. That adds the triple-double machine to a Lakers roster with LeBron James and Anthony Davis for a formidable Big Three. However, two Eastern Conference teams also made move that could help their odds to win a title.

Russell Westbrook to Lakers in trade with Wizards

The NBA landscape was shaken up once again as a star player shifted power to a team that already seemed pretty powerful. However, the Los Angeles Lakers opted to ditch young, potential star, Kyle Kuzma as he was sent to Washington along with several other players. In return, LA brings Russell Westbrook to his home city, making for his fourth team in his career. However, the Lakers offer him the best championship opportunity since his early OKC days.

Westbrook is a nine-time All-Star, two-time scoring champ, three-time assists champ, and 2016-17 NBA MVP. He also achieved a triple-double average for points, rebounds, and assists in four of his past five seasons. He averaged 22.2 points, 11.7 assists, and 11.5 rebounds with the Wizards in 2020-21.

Russell Westbrook now joins a Los Angeles Lakers team that was already amongst favorites to win the NBA Championship next season. Lakers fans saw their team bow out of the playoffs earlier than expected at the hands of the Phoenix Suns, but adding Westbrook as the point guard should help considerably. While he’s not necessarily a three-point threat, he’s a playmaker and scorer who should bring more opportunities.

The Vegas Insider currently lists LA as second-favorite in the odds to win the 2022 NBA Finals at 17/4 or +425. Only the Brooklyn Nets are ahead of them at +230 (23/10) odds. The Nets currently boast Kevin Durant, James Harden, and Kyrie Irving in their star-studded lineup. A clash between these two teams in the 2022 Finals could be epic as both have stacked the roster with a Big Three.

Two teams made a bit of noise in the Eastern Conference as well. One of those teams faced the Los Angeles Lakers during the NBA Finals held at the Orlando bubble site two seasons ago during the pandemic. That’s the Miami Heat, who as of Monday, August 2, had acquired longtime Toronto Raptors guard, Kyle Lowry.

Yahoo Sports’ Vincent Goodwill indicated the sign and trade will be a three-year deal, per sources.

Lowry spent his past nine seasons with the Toronto Raptors, where he became a champion alongside Kawhi Leonard. The former Villanova Wildcats star is 35 and has six All-Star appearances.

He brings averages of 17.2 points, 5.4 rebounds, and 7.3 assists per game last season to Miami. There, he’ll be playing with fellow multiple-time All-Star Jimmy Buttler and young stars like Bam Adebayo and Tyler Herro.

The move hasn’t necessarily boosted Miami’s title odds just yet but it could, depending on how they look when games get going. Right now, Vegas Insider lists the Heat as +3500 or 35/1 to win the NBA Finals, which is 12th overall.

The Chicago Bulls are hoping that adding Lonzo Ball alongside their All-Star Zach Lavine will help them back into the postseason LaVine has shown his abilities as one of the league’s best scorers, while Ball is known as a great playmaker. He’s definitely demonstrated that in his seasons with the Lakers and Pelicans as he tossed passes to LeBron James and Zion Williamson briefly.

Ball averaged 14.6 points, 5.7 assists, and 4.8 rebounds a game with New Orleans. He also had an improved field goal, three-point, and free throw percentage with the Pelicans.

The Bulls (31-41) finished 11th in the Eastern Conference, which left them on the outside of the playoffs and play-in tournament. They’re hoping to improve upon that record in the coming season, and a playmaker like Ball could certainly help.

Last but not least, future Hall of Fame point guard Chris Paul has signed a four-year deal with the Phoenix Suns worth up to $120 million. That’s good news for Phoenix, a team that was on the verge of winning it all last season thanks to CP3, Devin Booker, and others.

They started out hot with a 2-0 lead in the NBA Finals, but ultimately lost 4-2 to Giannis Antetokounmpo and the Milwaukee Bucks. Still, one has to consider this team a threat in the Western Conference, which continues to look even tougher by the minute. Conversations about the potential 2022 champs will certainly include the Lakers, Warriors, and Suns.

Those three teams are in the top five odds to win it all. Phoenix has future odds of +1400 or 14/1 to win the NBA Championship. That puts them behind the Golden State Warriors, Bucks, Lakers, and Nets.