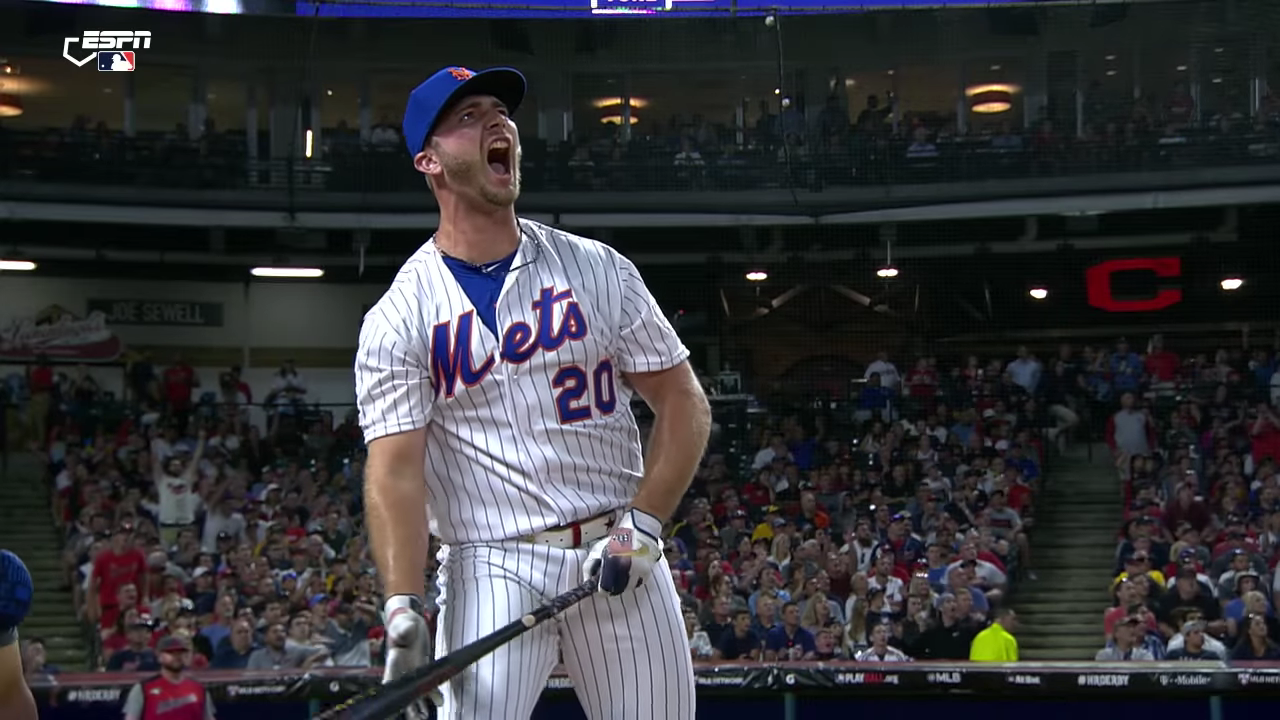 The first half of the 2022 MLB season is officially in the books. Now it is time to see the brightest and best take the field as The Mid-Summer classic takes center stage this week – starting with the annual Home Run Derby.

MLB.com is reporting that the All-Star game is returning to Los Angeles this week for the first time since 1980. It also will be the first Home Run Derby held at Dodger Stadium since 1985. While the game will have a So. California feel, it is the east coast bringing in the big bats!

New York Mets first baseman Pete Alonso will be looking to win the Home Run Derby for the third straight year when he hits the field Monday evening.

The two-time defending champion is the favorite to win the 2022 Home Run Derby, and for good reason. Alonso shocked the field in 2019 winning as the longshot at Progressive Field. While there was no Derby in 2020, Alonso was not affected by the layoff in 2021 as he took Coors Field by storm winning his second straight title.

If Pete Alonso is to three-peat, he will have to be on his A-game from the get-go. Alonso will face Atlanta’s Ronald Acuna Jr. in the first round. These two squared off in the 2019 semifinal round – in which Alonso squeaked by with a 20-19 victory.

You can see the entire first-round matchups below.

Can any of the seven other participants not named Pete Alonso take home the 2022 Home Run Derby crown? Vegas odds makers do not believe so.

Alonso is installed as the heavy favorite at +190. Phillies Kyle Schwarber is listed second on the odds board at +300 followed by Washington’s Juan Soto at +600. The biggest underdog in LA on Monday is Cardinals slugger Albert Pujols who is listed at +2000.

The entire list of Home Run Derby odds and prop wagers are listed below.

The 2022 Home Run Derby will air live on ESPN starting at 8 p.m. ET. If you are looking for a slightly different way to watch, ESPN2 will offer a statcast version of the Derby.

On the go tonight? Don’t worry! All the high-flying action will stream live online via the ESPN3 App.