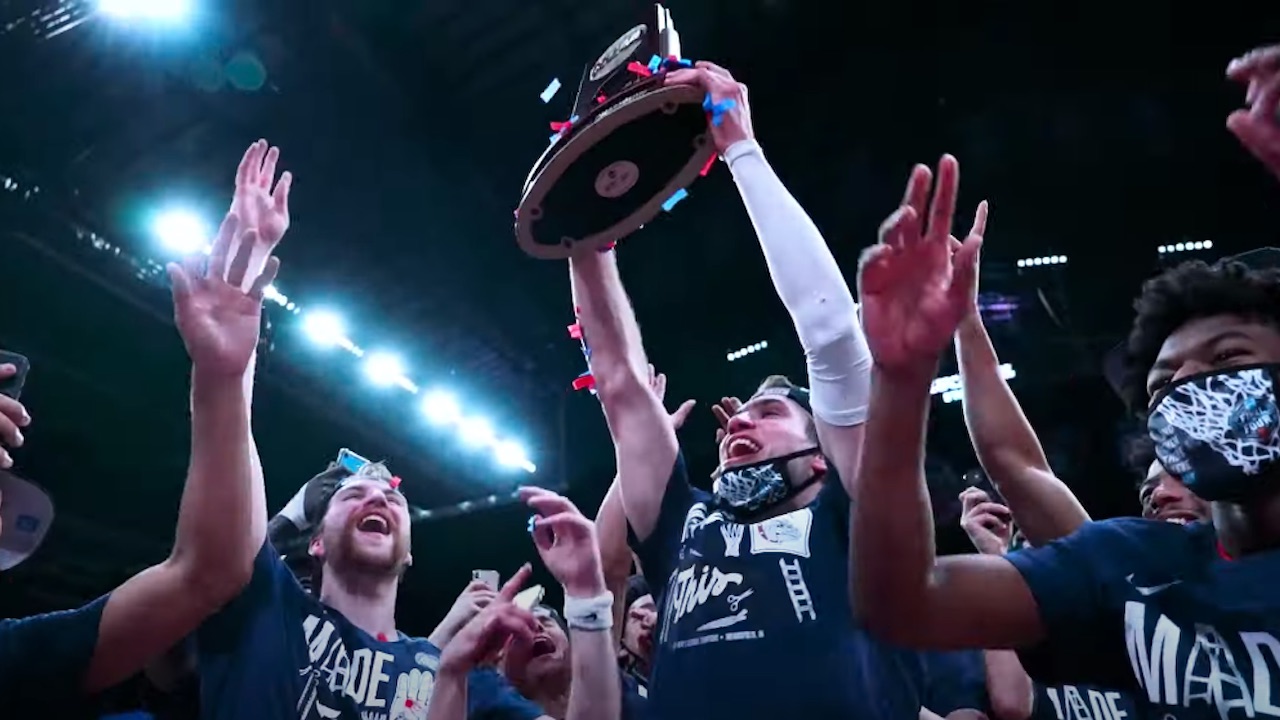 College hoops is back! Tuesday will feature the tip-off for many teams as they look to get revved up for a run towards the 2022 NCAA Tournament. There are several early contenders from the NCAA College basketball top 25 including the usual suspects Gonzaga, Villanova, and Kansas. However, several other teams are ranked near the top, and there are some interesting longshots on the board. Here’s the latest on the top team odds to win the March Madness 2022.

Games are about to start on Tuesday, November 9, but before they do, we take a look at the AP’s NCAA College Basketball Top 25. Ahead of the games, the Gonzaga Bulldogs are considered best in the land, followed by UCLA, Kansas, Villanova, and Texas. Rounding out the top 10 are Michigan, Purdue, Baylor, Duke, and Kentucky. These are some heavyweights when it comes to college hoops, but will they all be standing when the brackets arrive?

Who are the favorites to win March Madness 2022 tournament?

Previously, we saw college basketball tournaments suspended due to the COVID-19 pandemic. For the 2021 NCAA Tournament, there was a bubble situation. This year, things may be somewhat back to normal, although there’s likely to be precautions in place for players, personnel, and fans.

So who are the betting faves? Gonzaga is not only No. 1 in the rankings, but also in terms of odds to win it all. This year’s Zags are hoping to cut down the nets with coach Mark Few. They currently have +500 odds listed at BetUS for the NCAAM Championship futures. Michigan could also be a contender to watch for, as the Wolverines come in with +800 odds.

Other squads in the top 10 odds include UCLA at +1000 and Kentucky at +1200. Several teams currently have +1400 odds via BETUS including Duke, Kansas, Memphis, and Texas.

Of course, bettors may be looking for March Madness long shots. A team to consider is UCONN. We’ve seen magic in March from the Connecticut Huskies before. Their team lost scorer Ryan Bouknight and has yet to show what they have on the court.

College basketball fans have their calendars, Siri and Alexa notifications, and DVRs set for games on Tuesday, November 9. Many of the top 25 squads will see their first action on the hardwood.

That will include a battle of top 10 heavyweights as #10 Kentucky battles #9 Duke in one of the first potential March Madness previews of the season. Game time is 9:30 p.m. ET with the marquee matchup available on ESPN.

Those are the only two ranked teams playing one another, but other teams from the top 25 will get to show their stuff. The No. 1 Bulldogs host Dixie State in what is likely a blowout. No. 5 Texas suits up to host Houston Baptist.

Basically, games will start as early as 3 p.m. Eastern Time on Tuesday and go past 11 p.m ET, bringing plenty of college hoops action for fans!

Check out the full slate over at ESPN.com’s schedule here. It’s definitely going to be fun now that college hoops is joining NCAA Football, NFL, NBA, and NHL in the coming weeks, so stay tuned!

Visit our basketball page for more stories about odds and other hoops news.