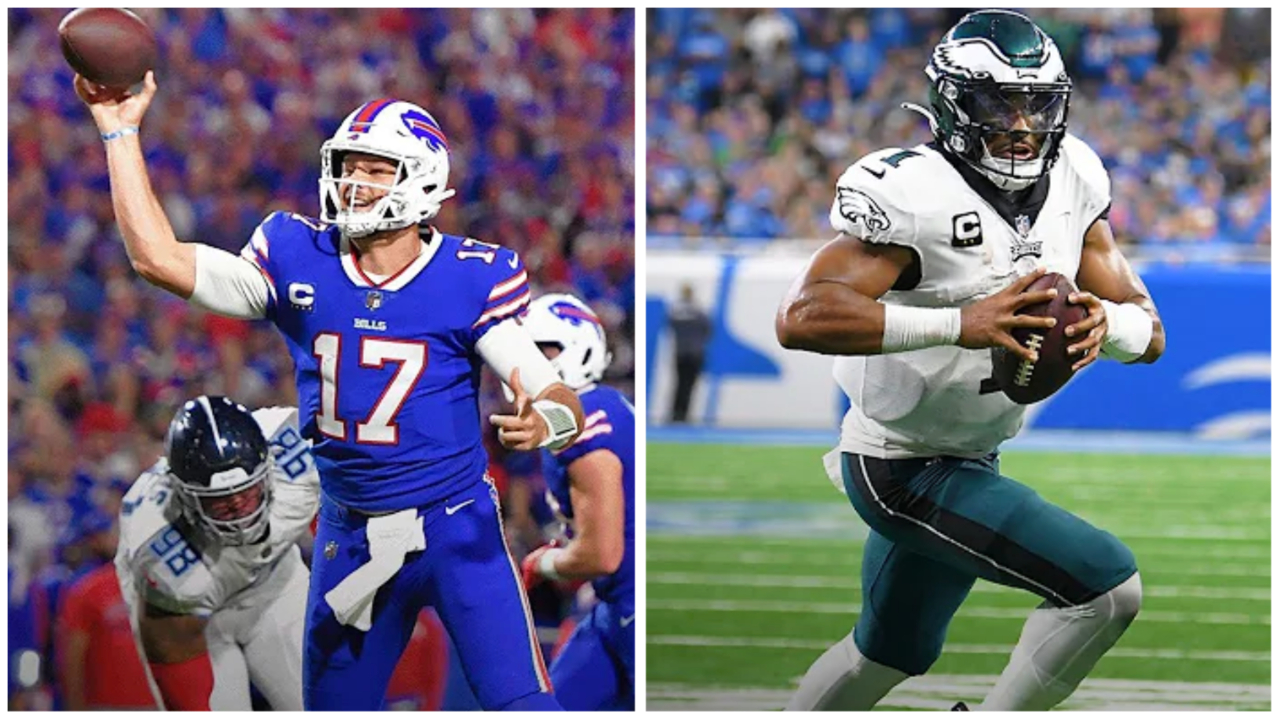 Quarterbacks continue to be the big contenders for the NFL MVP 2022 odds, with the Buffalo Bills’ Josh Allen leading all contenders. However, another candidate to watch for is definitely the Philadelphia Eagles’ star Jalen Hurts, who has been surging. Both players were in action for Monday Night Football in Week 2, giving fans an up-close look at their abilities on the gridiron. Here are more details about Allen and Hurts, as well as the rest of the field.

Last season, it looked like Josh Allen might be the young quarterback getting some Super Bowl spotlight. However, he was bested by Joe Burrow and the Cincinnati Bengals in the AFC Championship Game. In the new season, Allen has clearly been on a mission, and that has him as a +400 favorite to win the NFL MVP Award, per Odds Shark.

Allen and the Bills took on AFC foes the Tennessee Titans in Monday Night Football. However, this one was lopsided as Buffalo took control from the start and never seemed to look back. Allen’s stellar start to the season continued in his team’s 41-7 blowout over the Titans. The Bills’ QB finished with 317 yards and four TDs on 26-for-38 passing.

Three of Allen’s TD passes went to one of his favorite targets, Stefon Diggs.

Jalen Hurts was another major star in MNF, as his Philadelphia Eagles hosted Kirk Cousins and the Minnesota Vikings. Hurts also looked dominant from the start in his team’s home game. Philly’s QB sensation tallied over 300 yards passing and rushing combined with three touchdowns going into the third quarter.

As of this writing, Hurts was listed as a +1500 favorite to win the NFL MVP Award and that may not be a bad underdog to take. Expect Hurts to possibly climb the odds list after MNF, as he’s currently tied with Aaron Rodgers.

Other contenders for the 2022 NFL MVP Award

We’d be remiss if we didn’t mention the “usual suspects” in terms of contenders for the 2022 NFL MVP Award. Former MVP winners Patrick Mahomes and Lamar Jackson remain 2022 contenders. The Chiefs’ Mahomes is second to only Allen at +450, while LJ8 is fourth overall at +1200.

Coming in third on the list is the Los Angeles Chargers’ Justin Herbert at +900. The season’s still young, but as of right now, Herbert’s fifth in the NFL with a 112.5 QB rating and ranks fourth overall for total passing yards with 613. His Chargers are 1-1 and in second place behind the ACF West’s Chiefs.

Tampa Bay Bucs’ QB Tom Brady is never one to count out when it comes to a potential Super Bowl or MVP season. Surprisingly, TB12 was at +1600 as of this report, just a spot below Hurts and Rodgers.

Brady’s Bucs will host Rodgers and the Packers in this coming Sunday’s game. However, Tom may be without one of his favorite targets due to Mike Evans’ suspension.