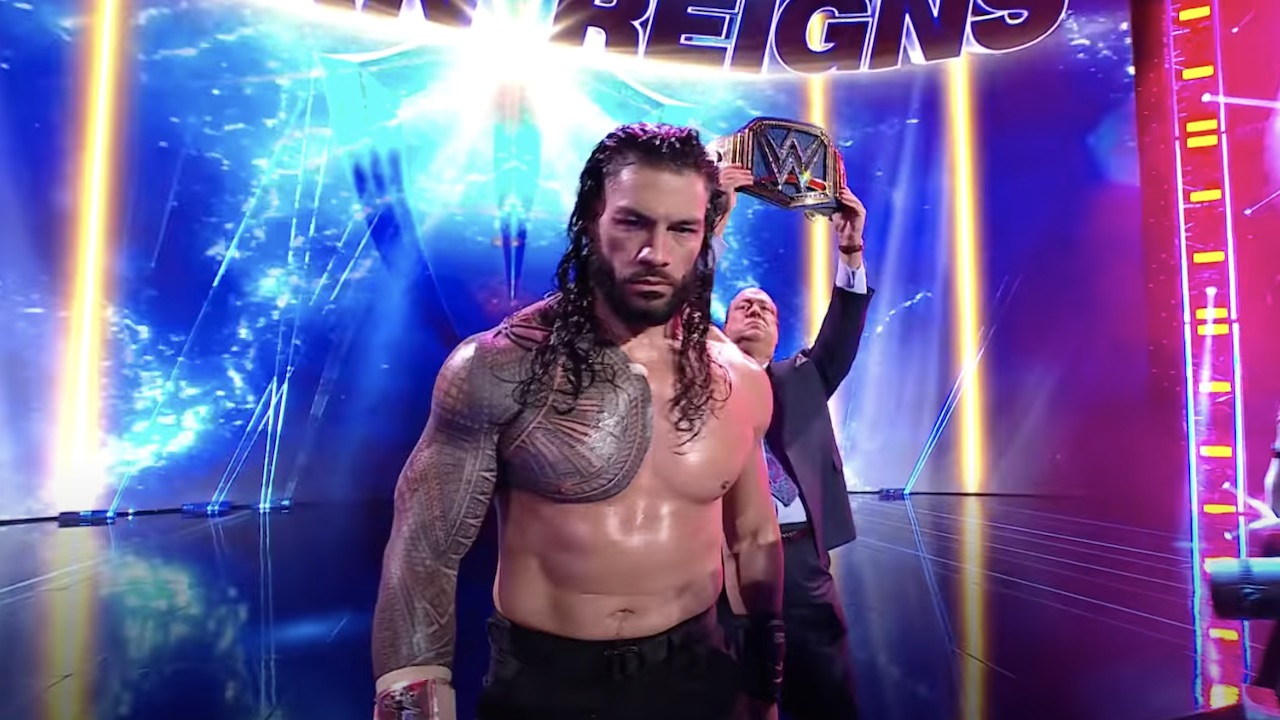 The WWE is back, with fans able to attend their events live in person. One of the biggest pay-per-views will be the WWE SummerSlam 2021 card, with a host of exciting matches. The event will take place at the home of the NFL’s Raiders in Las Vegas, Nevada, with a high turnout expected in terms of fans. Here’s our look at who’s on the match card, who the favorites are, and when and where to watch the matches.

John Cena officially returned to WWE several weeks ago, surprising fans and viewers near the end of Money in the Bank 2021. The 16-time World Champion showed up after Roman Reigns had successfully retained his title belt against Edge in the main event.

With that, Cena called out Reigns for a SummerSlam match, and the rest is history. The Big Dog agreed to the bout. The two will battle for the WWE Universal Championship, in what we presume will be the main event of the WWE SummerSlam 2021 card.

Will John Cena end Roman’s reign short of a year as champion? Check out how they stack up by the numbers in the WWE video below.

Another big match on the card features another returning legend of pro wrestling, Bill Goldberg. Fans saw Goldberg show up on July 19 on WWE Raw to tease a match with Bobby Lashley. Last year, fans saw Goldberg defeat The Fiend to become Universal Champion before losing the belt to Braun Strowman at WrestleMania 36. The 54-year-old will now take on the current WWE Champion Lashley in an attempt to add another title reign to his resume.

There are a total of 10 matches on the SummerSlam match card, with seven of those matches involving titles on the line. In addition to the two matches above, fans will see Sheamus defend the United States title against Damian Priest.

Latest match odds favor most of the current champions

There are online sportsbooks that offer WWE betting odds, including the popular BetOnline website. As of this report, both John Cena and Goldberg are underdogs in their title matches. Then again, most of the challengers are in the seven title matches, with the exception of Randy Orton and Riddle. The team known as RK-Bro is predicted to defeat Styles and Amos for the WWE Raw tag team titles.

One of the most intriguing matches on the card as The Rated-R Superstar Edge back in the ring to take on rival Seth Rollins. Edge returned to win this year’s Royal Rumble, but failed in his quest to defeat Roman Reigns for the belt. We’re excited to see how his match turns out with Rollins as it could be the best of the night!

We should also mention there’s a prop bet available at BetOnline on whether or not Big E will cash in his Money in the Bank briefcase during SummerSlam. Currently, the “No” option is favored at -250, with “Yes” priced at +175.

When and where to watch SummerSlam 2021 matches

The WWE SummerSlam 2021 card officially arrives on Saturday, August 21st. Las Vegas’ Allegiant Stadium will be the host venue for this year’s professional wrestling extravaganza. Fans who aren’t attending the show live, will be able to watch from the comfort of their homes in several ways.

Anyone who is a Peacock subscriber can watch the SummerSlam live stream on their website or apps for mobile and set-top streaming devices. Check out details for the Peacock service here.

Additionally, other cable, satellite, and online streaming services may offer the SummerSlam PPV, although the price will be much higher than watching via Peacock. For example, SlingTV currently has the PPV listed at a price of $44.99 for those who want to order it on-demand.

It’s best to check with your local cable/satellite provider or preferred streaming service to see the latest prices and options. No matter how you choose to watch, it looks like it should be an entertaining summer event!

Visit our WWE odds page for more of the latest news about wrestling.