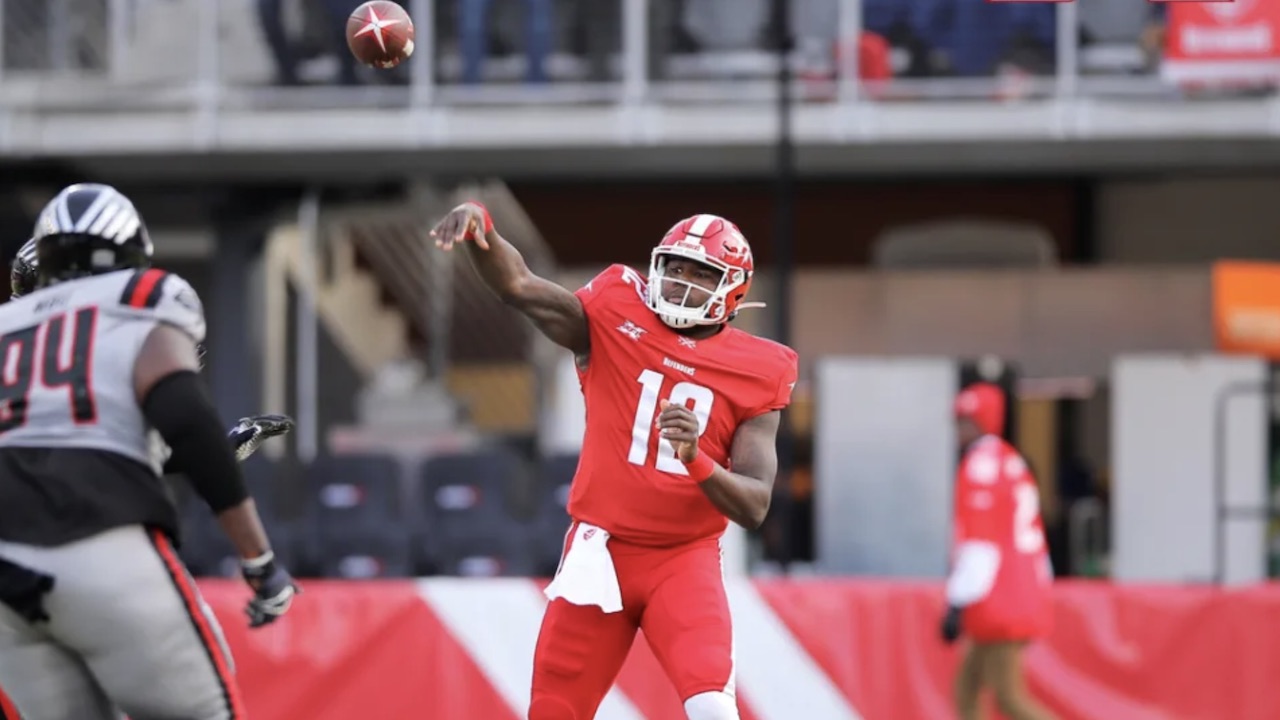 With the potential of the XFL return 2023 edition, fans are ready to see which cities and teams will be a part of the league. That news seems like it’s on the way, and soon after that’s in place, it’ll be time to populate the rosters. Based on a recent report, at least one former star from the XFL 2020 who also played in the NFL, says his career isn’t done yet and he’s ready to play.

When the XFL returned with its rebooted brand of football in 2020, there were eight teams and some standout players. Among them were several quarterbacks including PJ Walker, Landry Jones, Jordan Ta’amu, and Cardale Jones. Each of these studs was showing some impressive skills for their teams and were in conversation about who might win the 2020 MVP.

Unfortunately, the 2020 season got brought to a halt due to the COVID-19 pandemic. That meant there was no playoff or crowning of an XFL champion. It also meant no Most Valuable Player was given out, despite their being odds throughout the season for it.

Many fans felt those players might wind up finding jobs in the NFL after the shutdown, but none of the contenders have been able to take over in the league just yet. Recently, we’ve seen reports that Jordan Ta’amu signed with the Carolina Panthers, while PJ Walker was added to the COVID list.

With Dwayne “The Rock” Johnson and company purchasing the near-bankrupt XFL and preparing its comeback season, he may get a chance to shine again.

Of the XFL 2020 MVP candidates, many considered former Ohio State Buckeyes quarterback Cardale Jones a frontrunner early in the XFL season. He faltered by Week 3, becoming a +900 odds on favorite behind others including Landry Jones and favorite PJ Walker.

While XFL has been on the sidelines throughout the pandemic, the 29-year-old Cardale Jones recently told TMZ he’s staying ready and wants to return. That could mean the XFL or the NFL, according to Jones.

“Yeah for sure I still stay heavily active with working out and training and staying in shape because you never know when, you know one of those pro leagues- NFL, XFL, and I think they just started a new one or something like that, can come calling,” Jones told TMZ Sports.

Jones made reference to possibly playing for another professional league, whether that be the NFL or the new league, most likely referring to the USFL. He was in the NFL for a bit, with just one game of experience on his resume in 2016, as a member of the Buffalo Bills.

Jones shared the following video clip to his official Instagram, showing he’s still putting in practice on the field during his time away from the NFL and XFL.

There’s no denying he was a beast in his time with the XFL in 2020. When the league suspended the rest of the season, Jones was sixth amongst all XFL QBs with 674 passing yards. The DC Defenders QB completed 61 of 113 passes and threw for four touchdowns in his team’s season. The 6-foot-5 star also had 61 yards of rushing including a 14-yard run during his season.

Sports Odds Digest reported recently about new XFL teams for 2023, which was the major announcement from Dwayne “The Rock” Johnson during his appearance on CNBC. The Rock didn’t elaborate on where the teams will be but said news about the teams was going to be here in early 2022. That means in the next few months we should have a clear picture of the XFL return 2023 teams.

Some of our speculative picks for new locations could include mega sports areas such as Las Vegas, Chicago, Detroit, and even an underdog city like Iowa. It wouldn’t be a surprise to see some of the cities return from 2020 based on their success including New York, Dallas, and DC, which was where Jones played QB.

Could DC return and bring back the MVP contender in 2023? Stay tuned as more details arrive for the XFL’s return!

Check out Sports Odds Digest’s XFL stories to get more news updates and commentary about the reopening.