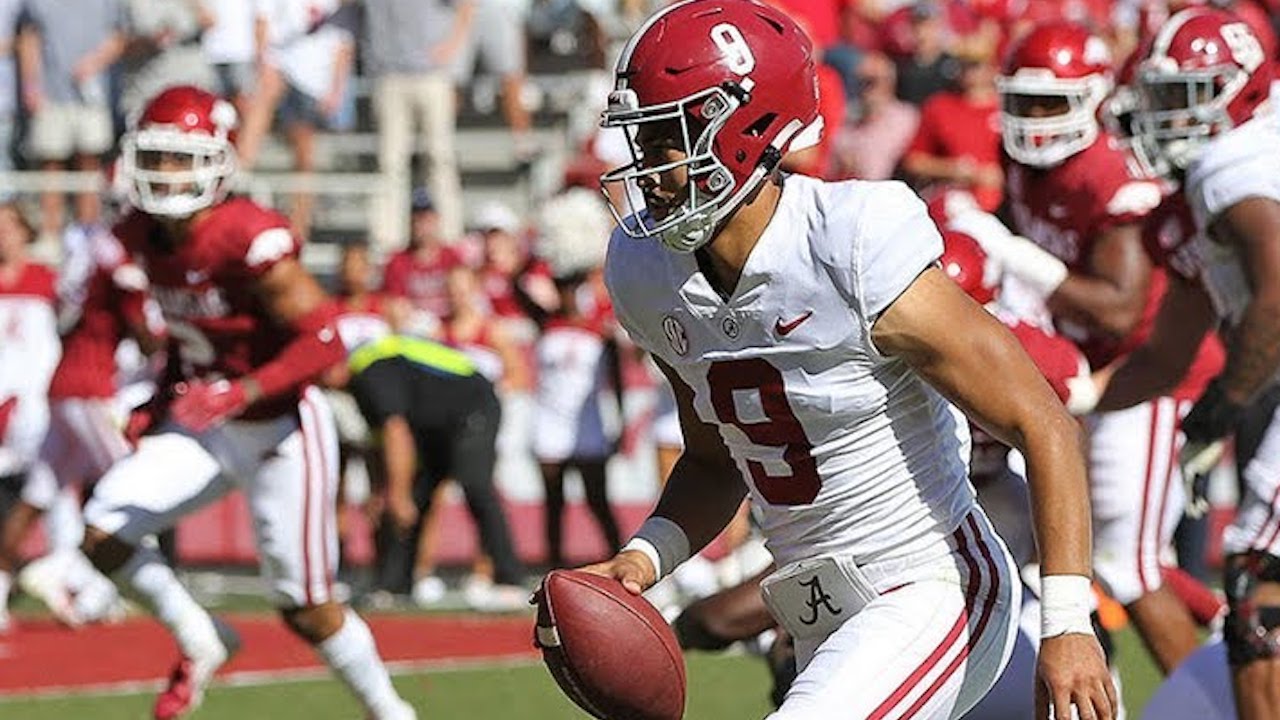 It’s Week 6 for the NCAA College Football Top 25 schedule as teams look to keep up their winning ways or get back on track. The past week’s action saw a near upset as Georgia survived a scare and outlasted Mizzou. Several upsets also arrived, including No. 7 Kentucky falling to No. 14 Ole Miss and TCU defeating the No. 18 Oklahoma Sooners. Will those losing teams be able to turn their seasons around? There are some big games on the way this weekend, so let’s see what’s in store!

The best teams in the nation will be on the field for NCAA college football in Week 6, including No. 1 Alabama with another big matchup. Last week, they dominated a ranked Arkansas team, winning 49-26. This week, they’re visiting the Aggies of Texas A&M.

Alabama is always a must-see when they’re the top contender. They’ll be featured in primetime on CBS starting at 8 p.m. Eastern Time. Quarterback Bryce Young suffered a shoulder injury in his team’s win over Arkansas, so backup Jalen Milroe will have to guide the Tide. However, he’ll face a tough Aggies secondary.

Bama is fourth in the nation in total yards of offense per game with 525 yards and fifth in defensive with 236.4 yards per game allowed to opponents. They’re currently favored to win by 24.5 points.

No. 2 Georgia is also back in action after surviving a close call and edging out Mizzou, 26-22. The next game could be another interesting test as they take on a 3-2 Auburn game possibly looking to score the upset. -29.5 points favor the Georgia Bulldogs at several books as of this report, so it’d be a huge upset if it happens.

Check out full highlights as Georgia got past Missouri last week to stay undefeated:

A few of Saturday’s matchups will pit two ranked teams against one another. At 12 p.m. Eastern Time, ESPN will showcase the No. 8 Volunteers vs. No. 25 LSU Tigers. The Vols currently lead the nation in total yards of offense with 559.3 per game. They also lead in passing, averaging 365.8 per game. They look to maintain their perfect start to this NCAA season and are currently three-point favorites.

At 3:30 p.m. EST, FOX presents No. 11 Utah against No. 18 UCLA. The Bruins look to maintain their perfect season to move up the rankings. However, despite UCLA being undefeated, Utah finds themselves favored by 3.5 points in this one.

Remember teams are looking to stay unbeaten and put on dominant performances on the gridiron in order to impress the CFP Selection Committee. Four teams will qualify for the college football playoff (CFP). They’ll play in the Fiesta Bowl and Peach Bowl for this year’s semifinals. The two winners go to the National Championship Game in Inglewood, California on January 9, 2023.

There are still several months left in 2022, so let’s take a look at what’s on the way for Week 6!

Visit our NCAA football page for more odds, news, and rumors about the college game!