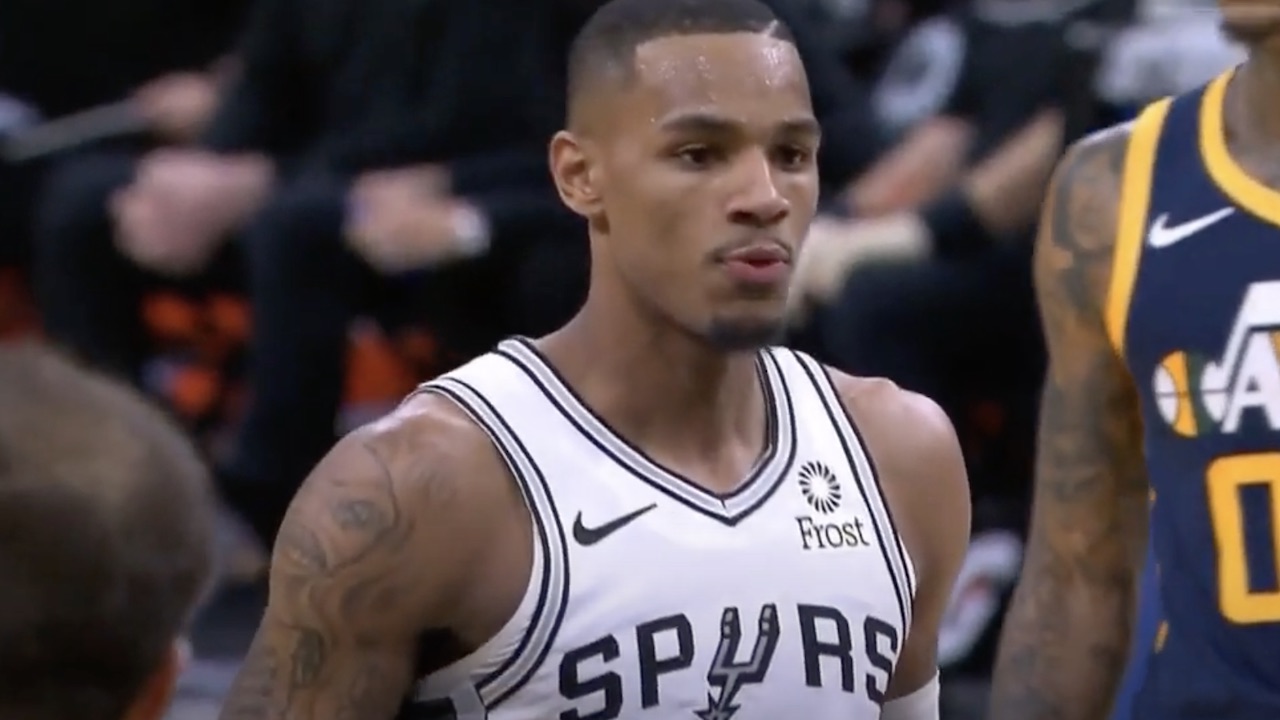 The San Antonio Spurs lost starting point guard Dejounte Murray early to injury on Friday evening. Murray, who was in the game for just one minute, sprained his ankle while trying to defend the Dallas Mavericks’ Kristaps Porzingis. So far, it appears that the Spurs guard isn’t seriously hurt, which bodes well for a San Antonio team that has remained competitive in the Western Conference.

Early in the first quarter, fourth-year Spurs guard Dejounte Murray contested a jumpshot from Mavs big man Kristaps Porzingis. Unfortunately, as Murray was coming down, he landed on part of Porzingis’ foot and rolled his left ankle. Soon after, he was seen limping off the court to head back to the locker room.

Hopefully DeJounte Murray will be ok after rolling his ankle. #GoSpursGo pic.twitter.com/0KBStgLfAi

During the game, there was no further indication given about how severe Murray’s sprain was. However, he didn’t return to play after the injury. His team would go on to trim the Mavs’ lead down to 10 at the half, but ultimately fell by a final of 122-117. That dropped the Spurs to 8-8 for the NBA season.

Soon after the game, Spurs head coach Gregg Popovich weighed in on his team’s strong effort to fight back after being down 18 points in the first half. He also gave comments about Dejounte Murray’s injury saying he thinks he is “going to be fine.” When asked if he expects him to miss any time, Pop reiterated his answer of “I think he’s going to be fine.”

KSAT 12’s RJ Marquez also tweeted that Pop didn’t make it seem as if Murray would be missing any time, but it has yet to be confirmed. Even so, the injury doesn’t seem severe enough that Murray will be out very long.

The Spurs originally drafted Murray at No. 29 in the 2016 Draft after he played one year with the University of Washington. Murray would go on to participate in the first two seasons with the team, but suffered a setback in late 2018 with a torn right anterior cruciate ligament during the preseason. It kept him out of the entire 2018-19 season.

Since his return, he’s been on an upward trend. This season, Murray is averaging career bests with 14.8 points, 6.9 rebounds, and 5.1 assists in 30.5 minutes per game. Based on a RotoWorld report, if Murray is out for a game or more, it will mean increased time for guards DeMar DeRozan and Patty Mills.

The Spurs’ next opponent will be the Washington Wizards on Sunday, January 24. Power forward Drew Eubanks hasn’t been in the Spurs’ rotation and is listed as out due to the COVID-19 protocol. Shooting guard Quinndary Weatherspoon is questionable with a knee injury. Murray is also listed as questionable for the game.