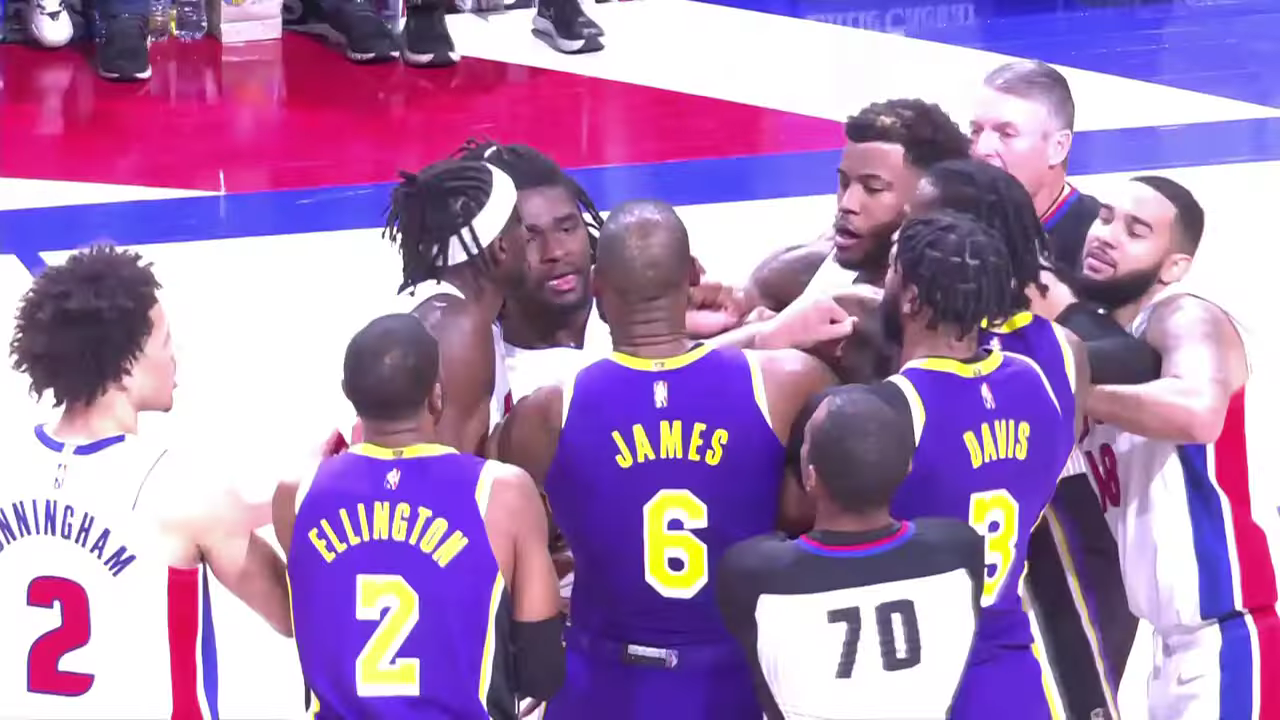 The Bad Boys are back! Well maybe not hardcore, however, Detroit’s Isaiah Stewart set an example on Sunday that he wasn’t letting LeBron James push him around.

According to ESPN, LeBron James was ejected from the Los Angeles Lakers’ game against the Pistons on Sunday for striking Detroit big man Isaiah Stewart in the face while jostling for rebounding position.

When you see the video, it seems LeBron blatantly hit Stewart in the face while they battled for rebounding position.

This move by LeBron set off Stewart in a frenzy.

With blood coming down his face, Stewart had to be held back multiple times by Detroit personnel as he tried to confront James.

Here is the video.