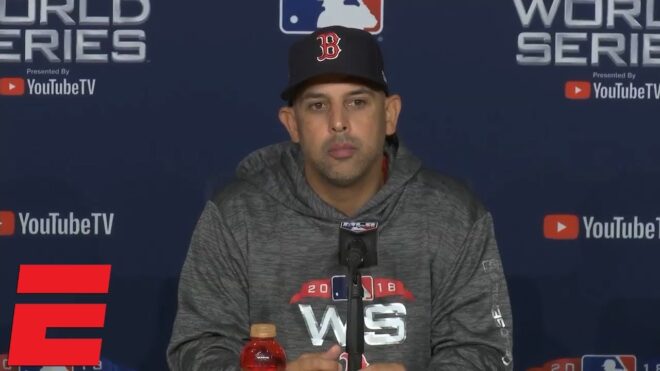 Did the Boston Red Sox get off lightly in Major League Baseball’s sign-stealing scandal? Many fans believe so.

MLB Commissioner Rob Manfred has come under fire for his lack of punishment towards the Houston Astros and now the same pushback from fans is coming following Manfred’s ruling on the Boston Red Sox.

Following the latest “punishments” from Manfred, it is hard to disagree with the masses.

ESPN reported on Wednesday that MLB has stripped the Red Sox of their 2nd-round pick in the upcoming MLB Draft and suspended the team’s replay operator for 1-year.

They also suspended Alex Cora for the 2020 season for his role in the Astros’ sign-stealing case.

So, can someone fill me in on how this is a punishment?

The last I looked, Cora doesn’t even have a job in MLB, the No. 52 pick isn’t earth-shattering and the video operator sitting out a season isn’t hurting the BoSox in any way, shape, or form.

Manfred screwed up with the Astros and he has done it again with the Red Sox.

Not one player has been suspended from either team and with the COVID-19 pandemic putting a grip on the world, there is a good chance that the “suspensions” for Cora and the videographer won’t affect anything.

Shame on MLB and Rob Manfred!