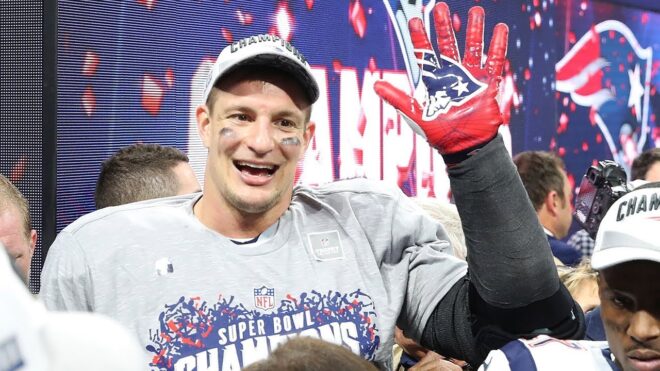 It seems Rob Gronkowski’s retirement along with his WWE career is coming to a short-lived end. The star tight end will be suiting up once again in 2020 but not for the New England Patriots.

Rob Gronkowski is taking his talents to Tampa Bay! News broke on Tuesday that he will join the Buccaneers this fall as he officially will come out of retirement after one season.

Technically, Gronk was still under contract with New England, however, the Patriots have agreed to trade the former fan favorite to the Bucs.

Still gas in the tank for Gronk?

Rob Gronkowski was one of the most revered tight ends in the league before he abruptly retired at the end of the 2018 season.

In his nine year career, Gronk hauled in 521 passes for 7,861 receiving yards and 79 touchdowns.

Since he walked away from the game following the Patriots 13-3 win over the Los Angeles Rams in Super Bowl 53, he has worked as an analyst for Fox Sports, thrown the biggest Super Bowl party in history and made an appearance on FOX’s “The Masked Singer.”

With Brady and Gronkowski teaming up in Tampa, many are speculating if WR Julian Edelman is next.

One thing is for sure, the Patriots re going to look very different in 2020.