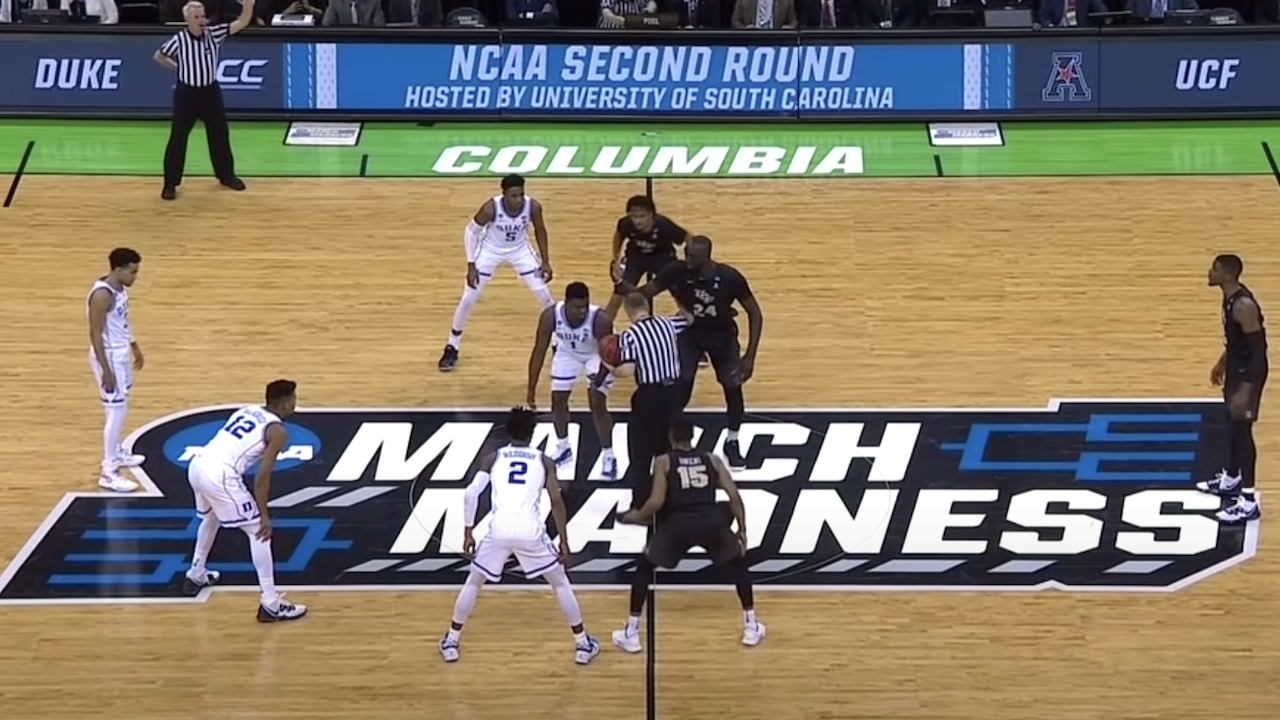 College hoops fans rejoice, as it appears the NCAA Men’s Basketball Tournament 2021 has a plan to make sure this year’s event happens. Last season saw the entire tournament canceled due to the emerging COVID-19 pandemic. However, this year the NCAA will have a bubble site. Based on an announcement on Monday, that means March Madness games will all take place in the state of Indiana.

The NCAA announced that the entire NCAA Men’s Basketball Tournament 2021 edition will take place in Indiana. That’s a total of 67 games which will bring numerous players and personnel to the state. However, it’s a major deviation from previous editions, as tournament sites were around the country by region.

Per the announcement, the games will take place at Bankers Life Fieldhouse, Hinkle Fieldhouse, Indiana Farmers Coliseum, Mackey Arena at Purdue, and Assembly Hall in Bloomington. They’ll also take place on two courts at Lucas Oil Stadium, but only one game at a time will happen there. Lucas Oil is the home venue for the Indianapolis Colts, who will participate in the upcoming NFL Playoffs.

Championship Weekend including the NCAA Championship Game will take place April 3 and April 5. The Final Four was originally scheduled to take place at Lucas Oil Stadium in April. As of this report, the dates for preliminary rounds have not been scheduled.

The NCAA will be teaming up with a local health care provider in order to provide COVID-19 testing for players, coaches, school administrators and officials during the tournament.

As far as fans attending the games, that seems up in the air at the moment. NCAA officials have said that a limited number of family and friends of players and coaches will be allowed to attend games, per a KOCO 5 report. More details should arrive in the future regarding fan events.

So who might win it all? Each year, the field seems wide open. However, there are usually some contenders heading into March based on the latest college basketball odds. As of this report in early January, the Gonzaga Bulldogs lead all teams with +350 odds, followed by the Villanova Wildcats at +700.

Villanova recently made headlines for having to pause basketball activities and postpone three games due to COVID-19 issues. Last week, head coach Jay Wright tested positive for COVID-19 along with one other staff member, per ESPN. The team postponed games set for Tuesday and Friday of this week as well as a game scheduled for January 13.

As far as odds to make the 2021 NCAA Final Four, Gonzaga and Villanova lead as +120 odds-on-favorites. The Baylor Bears and Kentucky Wildcats are third and fourth, respectively.

Along with the news of the tournament taking place in Indiana, NCAA senior vice president of basketball Dan Gavitt released a statement talking about the complex nature of this year’s event.

“The 2021 version of March Madness will be one to remember, if for no other reason than the uniqueness of the event. We are making the most of the circumstances the (COVID-19) global pandemic has presented. … This is going to be complicated and difficult; there’s no question about that,” Gavitt said.

The 2019 tournament featured future stars including Ja Morant of Murray State and Zion Williamson of Duke. What will the 2021 edition have in store?