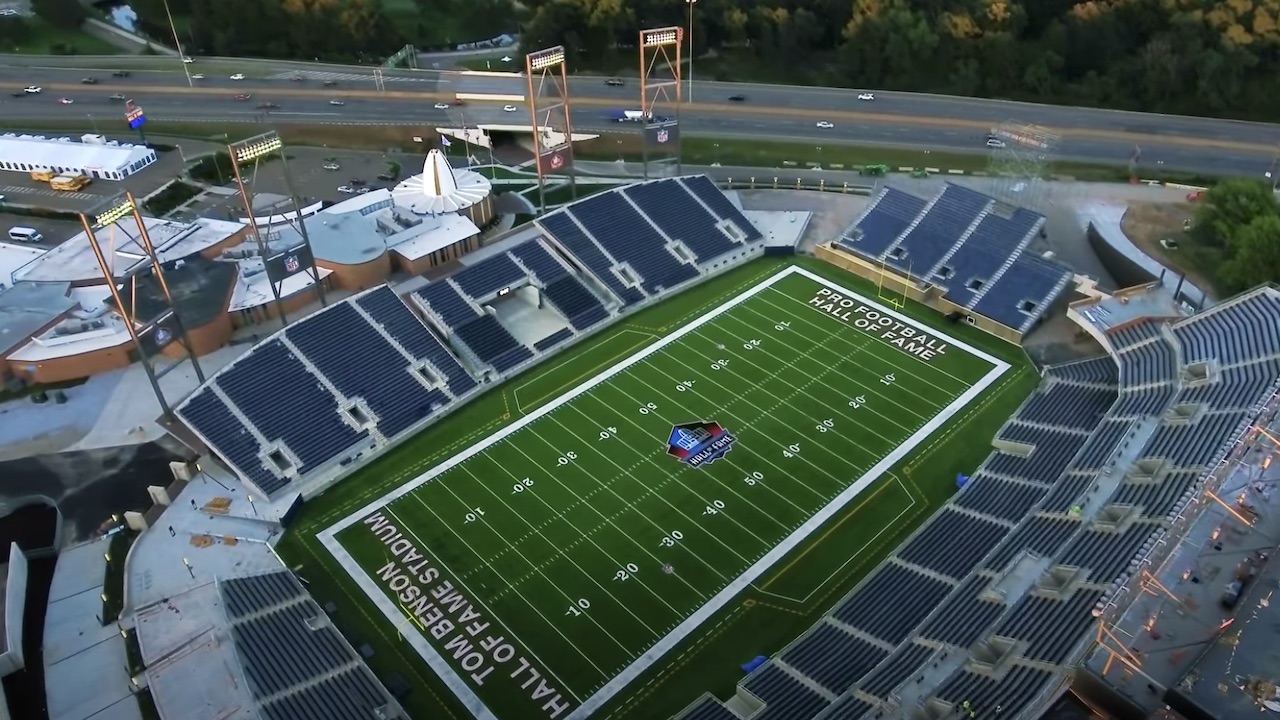 Football returns with the NFL Hall of Fame Game 2021 arriving as two classic franchises will face off. It will be the Pittsburgh Steelers and Dallas Cowboys going head to head in the latest matchup. Both teams appear like contenders to reach the playoffs in their respective conferences. Here’s the latest on the matchup odds, date, time, and how to see it live on TV or online!

The first official NFL preseason game of the slate for 2021 features the Dallas Cowboys vs. Pittsburgh Steelers. Both teams are certainly hoping to improve upon their success in the upcoming NFL season. The Steelers went 12-4 and reached the NFL Playoffs last season as a No. 3 seed, only to be upset by the Cleveland Browns.

Meanwhile, Dallas went 6-10 and failed to reach the postseason, after losing quarterback Dak Prescott to injury. Their division featured a team with a losing record, the 7-9 Washington Football Team gaining a spot in the postseason.

Dallas might return to the top if Dak is healthy for 2021-22, although the NY Giants could also pose problems with Daniel Jones and Saquon Barkley. Washington also seems like a team that is continuing to mature each season and could continue to be contenders in the division.

The NFL Hall of Fame Game 2021 won’t bring too much significance in terms of standings or stats since it is preseason. However, there are still NFL odds released ahead of the game, and it’s based on the potential for certain personnel playing or not.

As of this report, Odds Shark reports the opening line was -1.5 points in favor of the Pittsburgh Steelers with an over/under of 33 points for this game. It’s preseason, so it’s always a gamble as far as who plays and how much they play.

The Super Bowl odds for 2022 feature the Cowboys at 30/1 or +3000, which is tied with the Los Angeles Chargers and New Orleans Saints. The Steelers are slightly lower on the list at 45/1 or +4500 odds to win the coveted Lombardi trophy. Leading all teams are the Kansas City Chiefs, followed by the reigning champion Tampa Bay Buccaneers.

Steelers vs. Cowboys start time, how to watch

The NFL Hall of Fame Game 2021 takes place at the Tom Benson Hall of Fame Stadium in Canton, Ohio. This matchup has an official start time of 8 p.m. Eastern Time on Thursday, August 5, 2021.

Viewers can check out the action live on television on FOX or their local FOX affiliate network. Additionally, there should be live stream availability through the FOX Go or Fox Sports website, mobile, and streaming device apps.

Another possible option is to check into streaming services that may have free trial offers. In the past, Sling TV offered a one-week free trial for new customers, which would allow for the viewing of multiple channels online. Other services include YouTube TV and Hulu with Live TV, among others.