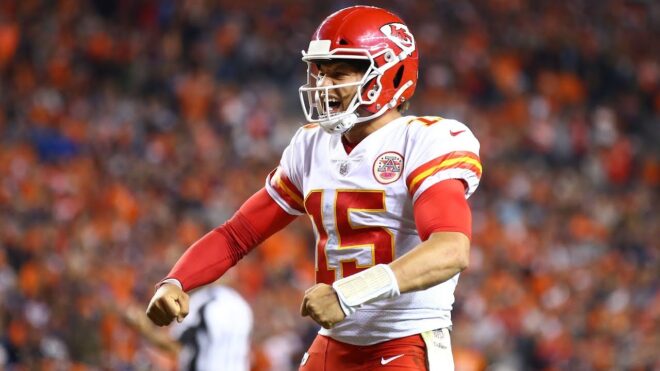 With the 2020 NFL schedules officially being released on Thursday, it didn’t take long for sportsbooks to spring into action.

Tom Brady may have left New England, however that didn’t stop oddsmakers at DraftKings sportsbook from installing the Pats as a 7.5 point favorite against the Miami Dolphins.

A Week 1 must-win for New England? Don’t laugh if you are a Patriots fan. If New England wants to compete for the AFC East title, something they have owned for better than the last 10 years, they don’t want to lose at home in Week 1 vs. divisional foe Miami.

With many starters from years past gone, including Tom Brady, Gronk, Jamie Collins, Kyle Van Noy, Duron Harmon, and Danny Shelton – just to name a few – this team is not going to look anything like it has the past decade.

The Super Bowl champion Chiefs will host the Huston Texans to get the 2020 season started on Thursday, Sept. 10.

Kansas City is already listed as a 10-point favorite. The Chiefs have the horses to repeat as champs, but it won’t be easy. It never is in the NFL.

Below is a look at the Week 1 schedule, along with early odds.