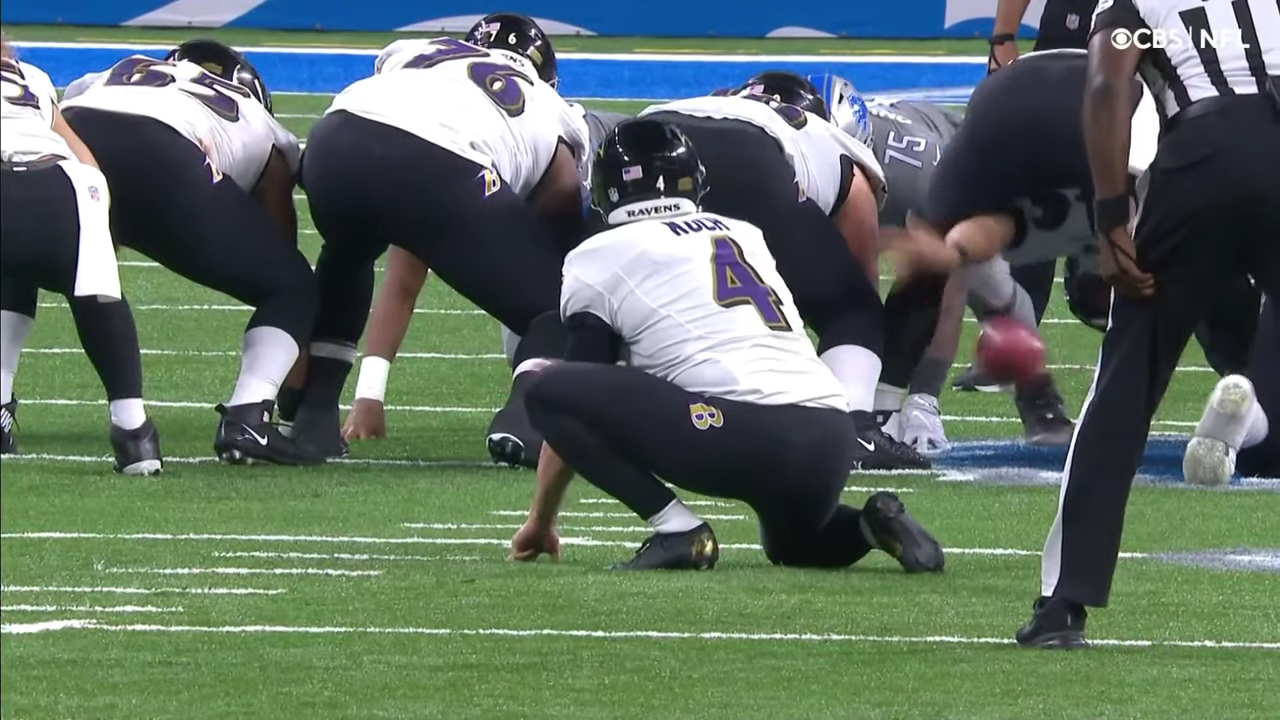 The Baltimore Ravens were in trouble. They went up against a hungry Detroit Lions team looking for their first win of the season. Despite being 0-2, Detroit has played well. Today the Lions and their fans thought win No. 1 was in the bag – that was until one of the best kickers in the game set an NFL record.

With the clock striking 0:00, and the Lions leading 17-16, Justin Tucker kicked a 66-yard field goal to give the Ravens a 19-17 win. What had to seem like slow motion for both teams, Tucker’s kick sailed towards the goal-posts but looked like it would be short.

That is until the ball hit the crossbar, popped up about 10-feet or so, and fell on the other side of the bar. Pure joy for the Ravens and ultimate disbelief for the Lions.