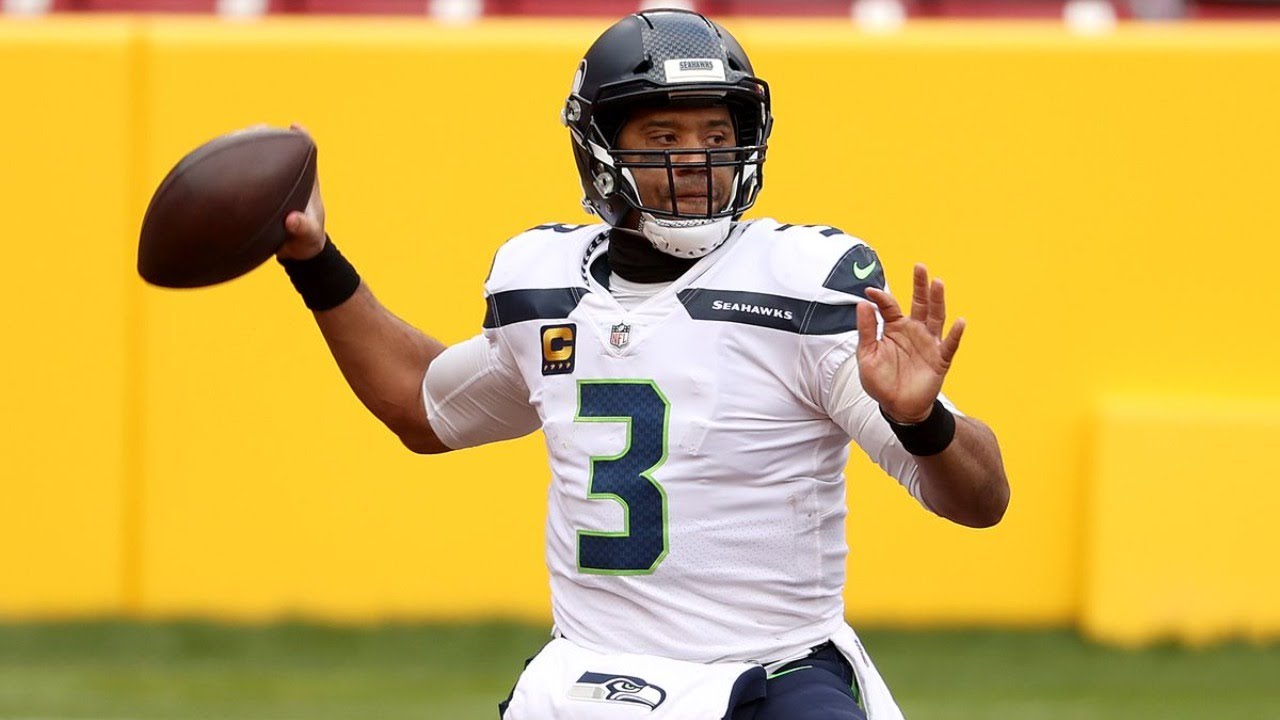 After nine seasons with the Seattle Seahawks, quarterback Russell Wilson may be on the move, and an NFC squad is amongst top contenders to acquire him. Wilson was off to a hot start this past season, even leading the way in the MVP discussions for a bit. However, things fizzled out for Seattle in another failed playoffs run. Now, teams have been calling, but who is the favorite, and will Seattle trade him?

There’s no arguing that Russell Wilson is amongst the best quarterbacks in the league today. In the past season, he achieved a career-high with both his 68.8 completion percentage and 40 touchdowns. Wilson also threw for 4,212 yards and had just 13 interceptions. In addition, he continued to show his mobility, rushing for 513 yards and two touchdowns.

The Seahawks finished first in the NFC West Division with a 12-4 record, but couldn’t achieve playoff success. A first-round exit came at the hands of the Los Angeles Rams, bringing questions about what’s next for a team that didn’t get where many thought they might – the Super Bowl.

It also brought forth comments from their leader, Russell Wilson, as he was clearly frustrated with the offensive line. Wilson is currently under contract through 2023 after signing a four-year $140 million contract extension back in April of 2019.

As of a few days ago, Russell Wilson trade rumors came up as several teams are calling Seattle regarding their star quarterback. However, the Seahawks may not be interested in dealing, unless Wilson demands to be moved out of Seattle.

The seven-time Pro Bowler and former Super Bowl winner added another trophy to his collection by winning the 2020 Walter Payton Man of the Year Award. A banner is now on display at Lumen Field to spotlight the achievement.

That said, never say never when it comes to trades in sports with players demanding deals right and left. If Wilson isn’t happy with the direction things are going for him and the roster, it’s always a possibility.

With the Russell Wilson trade rumors, a few teams have popped up as favorites, should there be any real discussions. Leading the way are the Las Vegas Raiders with the best odds at +600 overall. They’re a team that looks to be moving on from quarterback Derek Carr as they try to find their way into the playoffs in their new city.

Also near the top of the odds are the Dallas Cowboys at +600. Dak Prescott suffered a season-ending injury, and Andy Dalton likely can’t be expected to carry this team at this point in his career.

Following Dallas are the Jacksonville Jaguars (+700), Washington Football Team (+800), San Francisco 49ers (+900), and Denver Broncos (+1000), according to recent SportsBetting.ag odds. Each of those teams seems as if they could use improvements at the spot, although Jacksonville seems to be in a prime position to draft the top QB in this year’s draft class.

Despite the talk and there being odds, the Russell Wilson trade rumors seem to be mere speculation at this point, as Seattle could very well be amongst hot teams again next season. Meanwhile, the quarterbacks much more likely to be on the move ahead of the season are Deshaun Watson and Carson Wentz, so stay tuned.