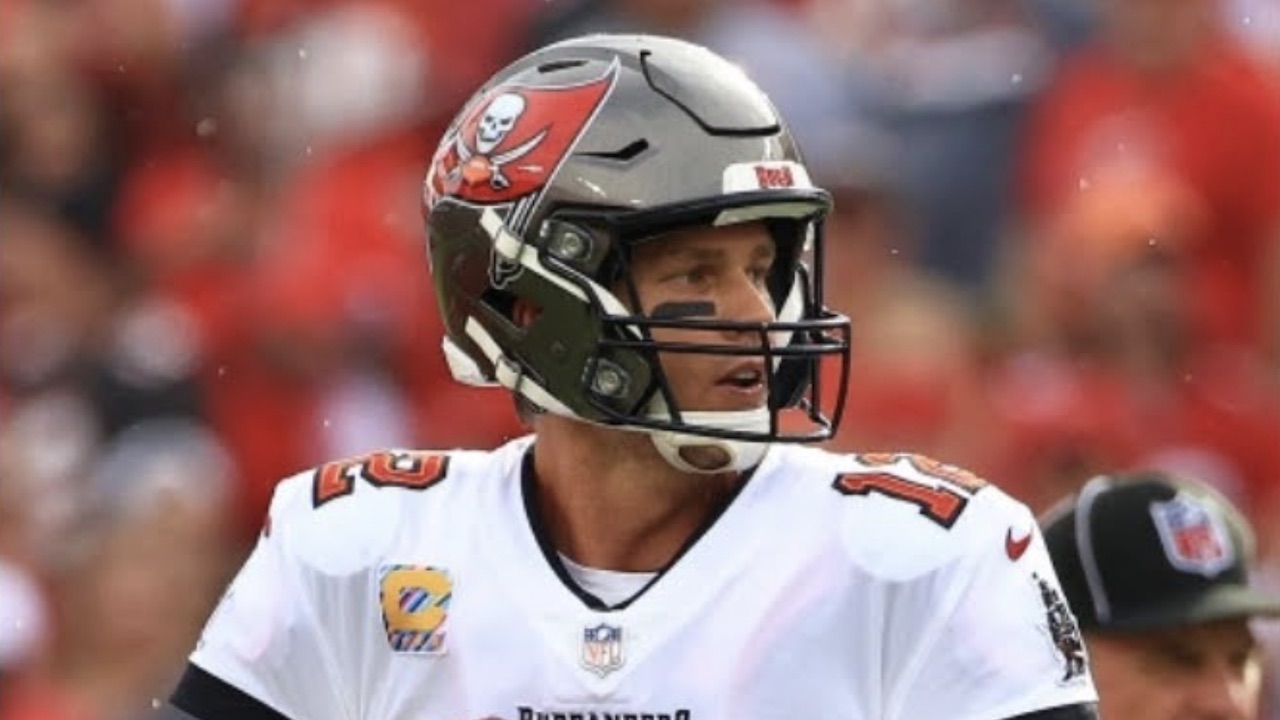 The ball from Tom Brady’s 600th career touchdown pass is worth quite a bit to Brady and the Tampa Bay Buccaneers. So much so that the seven-time Super Bowl winner says he is giving the fan who gave the ball back a Bitcoin. That’s in addition to several other gifts and perks the fan received from the Bucs in exchange for giving them the ball.

NFL Week 7 slate featured Tom Brady and the Bucs hosting Justin Field and the Chicago Bears. It wasn’t expected to be a close matchup by any means. However, Brady achieved history in the game with his 600th career TD pass. With that, he became the first NFL quarterback ever to reach the milestone. That TD throw went to Mike Evans in the first quarter at Raymond James Stadium.

Following the score, Evans saw a fan wearing his jersey in the stands, and gave him the ball he’d just caught in celebration of his touchdown. Not long after that, he realized what he had done in giving away the historic item.

Check out Brady’s historic 600th TD pass in the IG post below:

Later the Tampa Bay Bucs staff would have to reach out to the fan, as that ball was a valuable item for the Bucs and Brady. Luckily for them, the fan obliged their request, although they made sure to give him some sweet rewards for his generosity.

”I don’t actually keep too many things. In that circumstance I felt like that might be a good one to keep. He’s going to get something nice in return,” Brady said. ”We’ll give him a helmet, a couple of jerseys or something. That was really cool of him to do that.”

Brady’s big day included 211 yards passing and a total of four touchdown passes thrown in a 38-3 win over Chicago. Tampa Bay improved to 6-1 for their season as they continue their quest for a return trip to the Super Bowl.

Per CBS Sports, 29-year-old Byron Kennedy is the fan who got the TD pass ball and then gave it back to the Bucs. In exchange for returning it, the Bucs said they were giving him season tickets and autographed memorabilia.

“I knew how much it meant to Tom, and I was willing to trade,” Kennedy said, per CBS Sports.

However, Brady revealed while talking with Peyton and Eli Manning that he gave him a bit more for the ball.

“Byron lost all his leverage when he gave up the ball,” Brady joked, adding, “He should’ve held it. … (But) I’m also giving him a Bitcoin, so at the end of the day, I think he’s making out pretty well.”

As of this report, one Bitcoin was worth just under $63,000. Just last week the popular cryptocurrency reached a new all-time high when it moved past $67,000. There has been speculation that Bitcoin could top the $100,000 level in the near future. However, many people contend that the ball Kennedy returned was worth far more than that.

NFL fans would you have taken the Bucs’ offer, or held out for more in exchange for that TD ball?

Check out the Sports Odds Digest NFL page for more of our news, rumors, and picks.