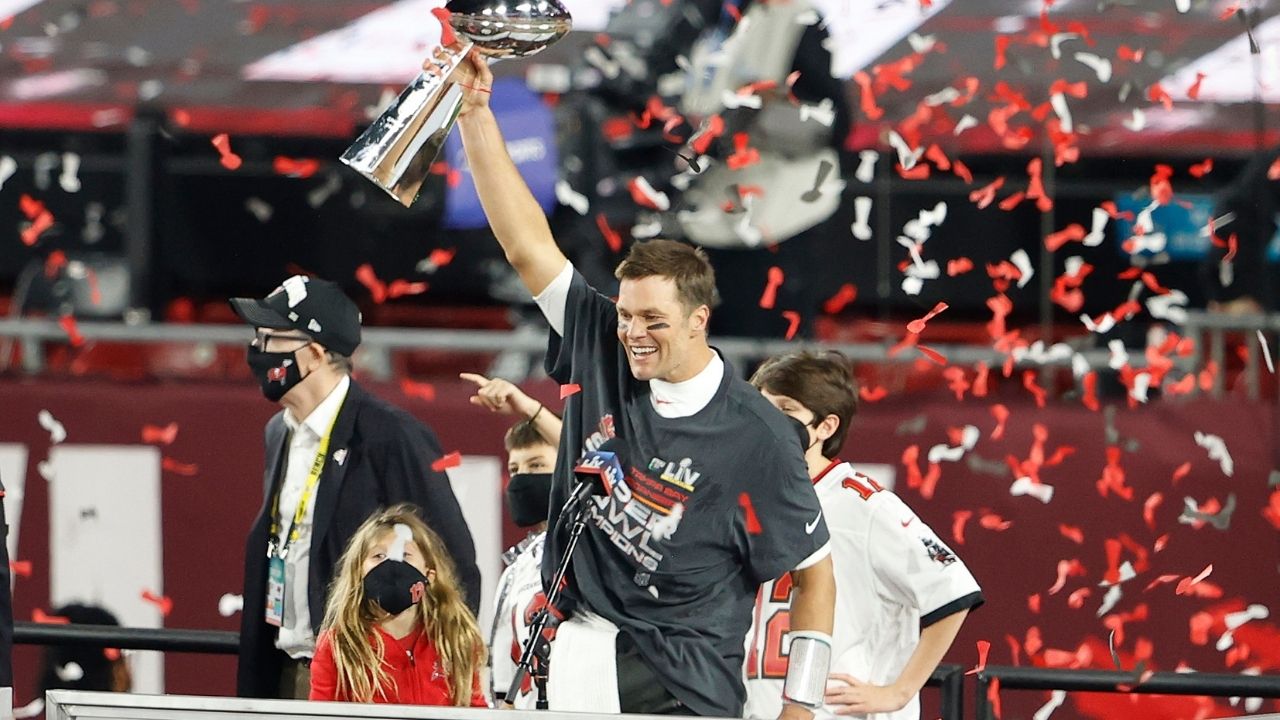 Tom Brady just keeps setting records, even when he isn’t on the field! The 7-time Super Bowl champion is riding high these days. It seems every sports enthusiast is grabbing up anything with Brady’s name on it – especially trading cards.

When I was young, baseball cards were all the rage. It seems during the pandemic, sports-cards have made a huge comeback. In fact, many folks are starting to dig through their card collections from the 1970’s and 80’s and finding out that they have some buried treasure!

Well, if you have a Tom Brady rookie, you have a gold nugget in your possession.

According to ESPN, a rookie card for the 43-year-old Brady sold for a record $1.32 million on Thursday on PWCC Marketplace. The marketplace is an online auction house and repository for cards.

The card that scored big is an autographed 2000 Playoff Contenders Championship Ticket piece. It was purchased by known card collector James Park, who is a big Brady fan. The card was graded eight with a 10 grading on the signature.

While it sounds like a lot to pay for a bubble gum card, it seems to be a smart investment. Brady is considered to be the best to ever play the game at the QB position, and just like the Topps 1952 rookie Micky Mantle that recently sold for nearly $4 million, it will surely go up in value.

Park was ecstatic that he had a chance to purchase the Brady rookie card.

“I lived in Boston for 10 years and so am a huge fan of Brady,” Park said in comments posted to PWCC Marketplace’s Instagram account. “I’ve also had a love of collecting cards since I was a kid. Given Brady’s uncontested status as GOAT in football, this card is an important piece of sports history and of any collection.”

Okay, all you 40 and 50-somethings, listen up! it is time to start going through those old cards and looking for that extra retirement money!