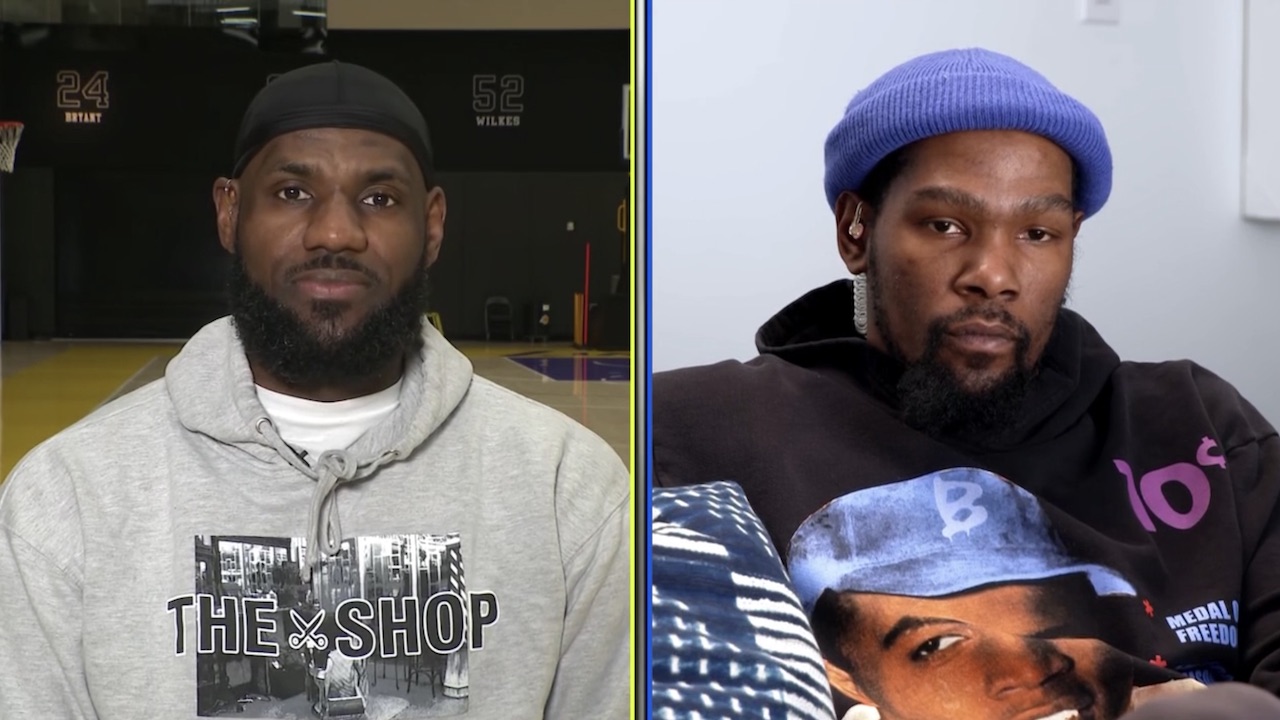 On Thursday night, the Team LeBron vs. Team Durant draft for the NBA All-Star Game 2021 was officially televised. It was a pre-recorded special, with top All-Star vote-getters LeBron James of the Lakers and Kevin Durant of the Nets each making their picks. The two team captains drafted back and forth from the available pool of starting and reserve players. Here’s which teams got which of the All-Star players for Sunday’s game.

Since KD is injured, he won’t be playing in the game and instead is replaced by the Boston Celtics’ Jayson Tatum. However, he still got to make selections for his squad for Sunday’s game.

The first pick went to Team LeBron and then alternated between the two captains. After LeBron made his fourth pick, the final two players went to KD by default. Durant had the first pick of the NBA All-Star reserve players. Below are the draft results in order of their first pick, second, and so forth.

Of note, the league’s best team is the Utah Jazz, and they were the final two picks of the All-Star draft. When Charles Barkley joked it was slander towards the Jazz, LeBron mentioned it was due to nobody using the Jazz on video games growing up.

We currently await official odds for Team LeBron vs. Team Durant based on their rosters. However, there are odds available at BetUS for other parts of the 2021 All-Star Game and the upcoming weekend.

Below are the latest latest NBA odds for All-Star 2021 MVP:

Typically, there is the All-Star Saturday Night featuring the Slam Dunk Contest, 3-Point Shootout, and Skills Contest. That won’t happen that way this year, but here are the Skills Contest odds.

The Slam Dunk Contest is set to take place at halftime of this year’s All-Star Game. There are just three participants and unfortunately, no Zion Williamson.

Visit our NBA page to get more insights about the latest basketball odds.