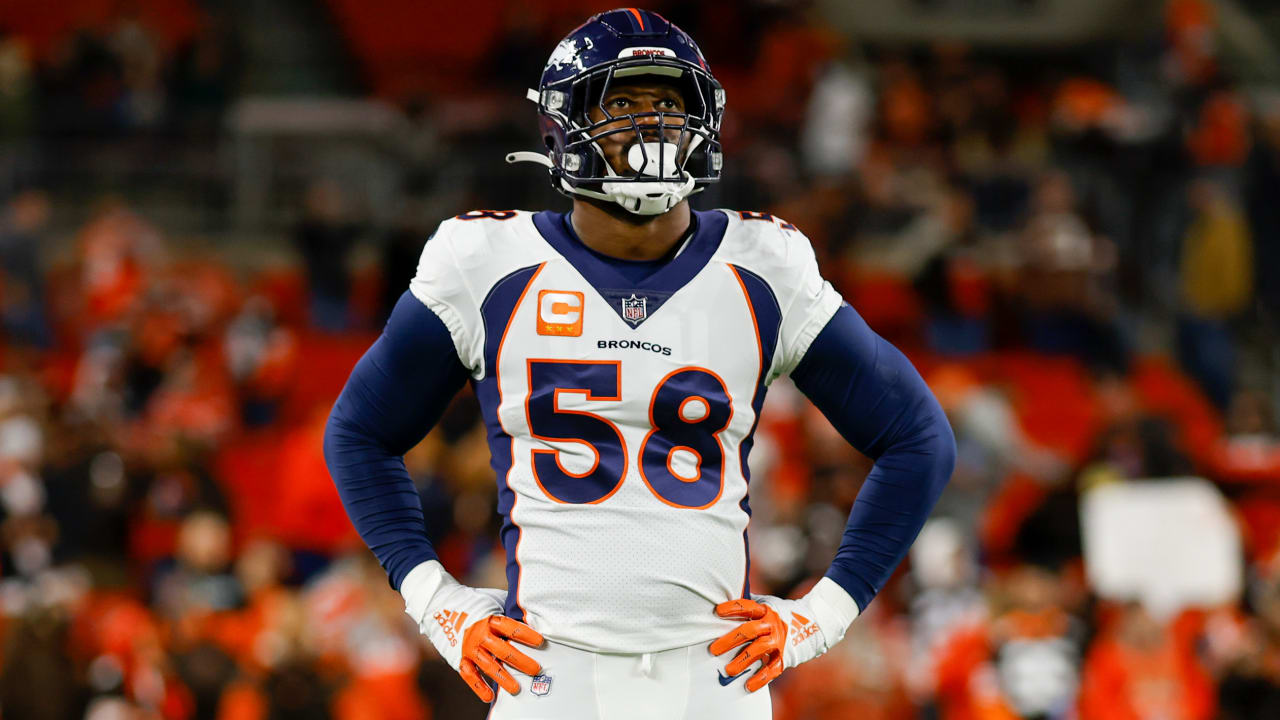 The rich are getting richer. The Denver Broncos are trading stud defensive star Von Miller to the Los Angeles Rams. In exchange, Denver will receive second-and third-round picks in the 2022 NFL Draft, according to NFL Network Insider Ian Rapoport.

The deal has many Broncos fans scratching their head. Miller wasn’t all that happy to hear that his time with the Broncos was through. However, in a classy move, he did say he always will be a part of “Broncos Country.”

Nevertheless, Von Miller is now a member of the LA Rams. As we reported earlier, while the Bills are the favorites to win the Super Bowl at +500, the Rams are tied with the defending champion Buccaneers at +750. This trade may bump LA up to the second spot.

It didn’t take long for fans to react to the move on social media. As you can see, some fans are taking it a bit harder than others.

To this point, Miller has recorded 4.5 sacks and is among the league’s top 10 defenders in total quarterback pressures with 30.

With a defense that already is star-studded and tough, they will only get better with Miller. Now the question is will the Rams deliver a long-awaited Super Bowl title? They have spent big money this offseason and fans are hoping it will pay off in the end.