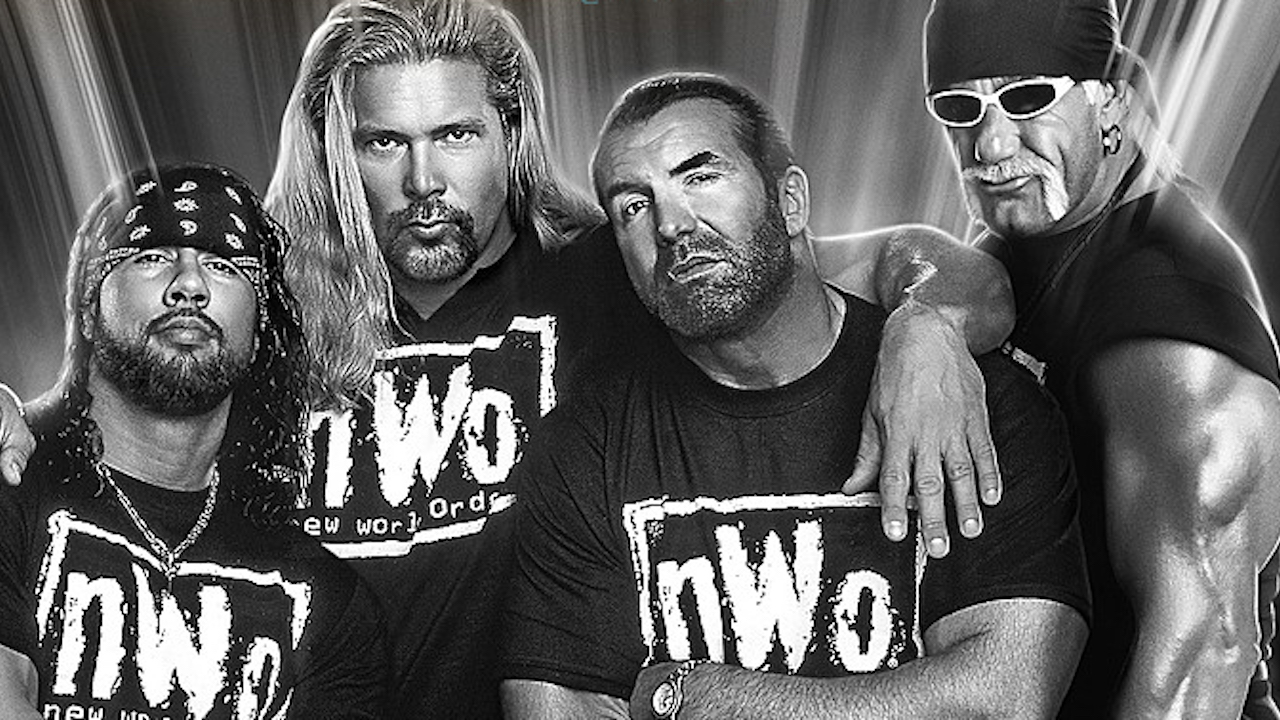 Just days ago, professional wrestling fans became super excited as there were early reveals about the upcoming WWE 2K22 video game editions. After several covers leaked, now, the WWE 2K22 NWO 4 Life Edition appears to have leaked as well. It pays tribute to the iconic wrestling stable that featured Hulk Hogan, Kevin Hall, and Scott Nash, among others.

With the upcoming 2K video game based on WWE’s brand of professional wrestling, fans will have several editions to choose from. Recent leaks showed off a few different covers featuring WWE superstar Rey Mysterio.

The rumored Standard Edition will feature Mysterio in an action shot flying through the air with streaks of color behind him. The Deluxe version will feature a close-up shot of Mysterio’s head with his colorful face mask.

The covers were first revealed by a Twitter user @NilsAhrDE on Saturday, January 15.

The Twitter user, who has the name Nils Ahrensmeier, also leaked other rumored details about the upcoming game. That included a potential release date of Friday, March 11th, based on indicating there would be “3-day early access on March 8.”

The other edition that Nils mentioned in his tweets was the WWE 2K22 NWO 4 Life Edition. At the time of the tweets, there wasn’t much additional info, but now it appears the cover for this one has also leaked (below):

As seen in the January 19 tweet, it features the NWO stable members Syxx, Scott Hall, Kevin Nash, and “Hollywood” Hulk Hogan. Based on additional details in the tweet, they’ll all be featured as playable NWO versions of themselves with the game. So will Eric Bischoff, who famously managed the group.

Along with that, there will be special MyFACTION EVO cards, two arenas, and other bonus items in this deluxe version of the game.

A price for the NWO edition of the game has yet to arrive. However, it could be around the $100 mark based on prices of other high-end 2K games.

Last year, WWE released their first trailer for the game during WrestleMania featuring Rey Mysterio and Cesaro. They’ve released other promotional videos and teasers along the way. However, they revealed the game was coming in March 2022, and that there would be much more info in January.

So far, WWE 2K22 hasn’t really done any damage control over the leaks, but they are preparing to reveal some details about the game. Their Twitter has teased big news coming about the game on Thursday, January 20.

The above leaks and upcoming reveal arrive just over a week before WWE’s 2022 Royal Rumble. It’s possible they are saving some other reveals for that weekend too.

Right now it seems based on all of the leaks, they won’t have too much to reveal, beyond providing links to pre-order the WWE 2K22 NWO 4 Life, Deluxe, and Standard Editions of the game!

Update (1/20): The game trailer has been revealed via Twitter featuring pre-orders for all editions.