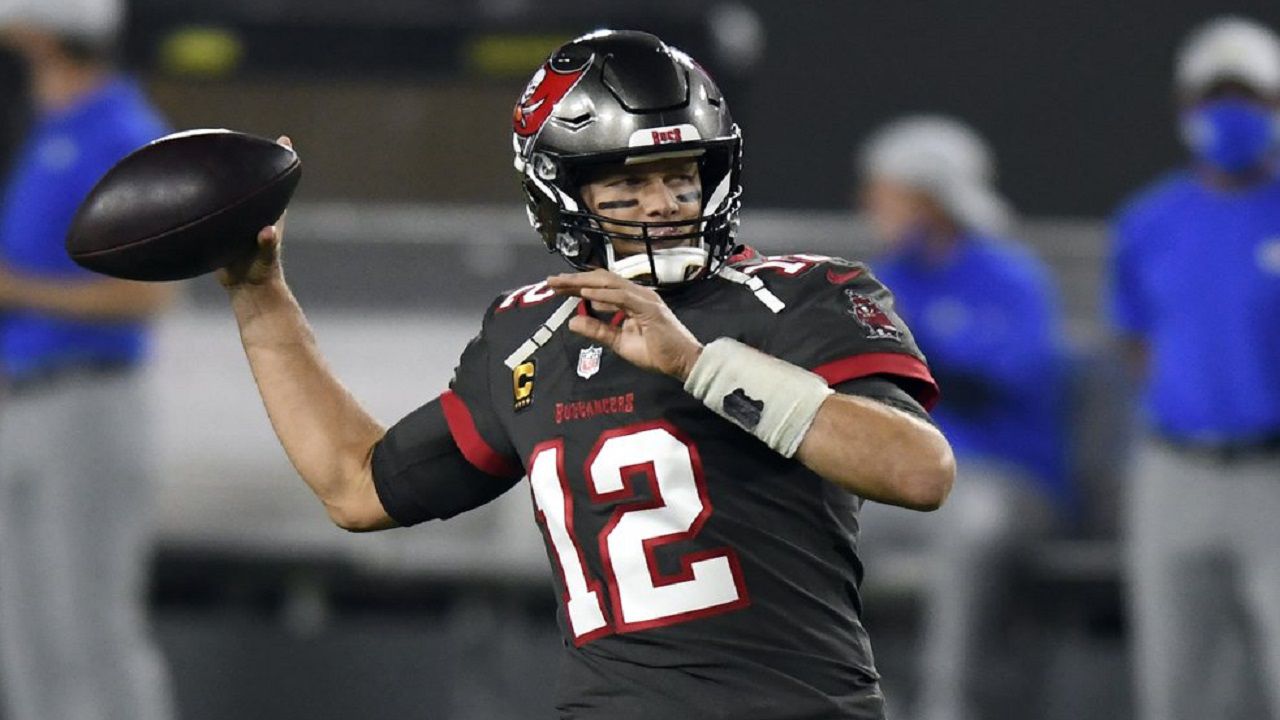 The NFL Divisional Playoffs are scheduled to take place this weekend and pigskin fans can’t wait! The elite eight teams will battle it out for a trip to the final four, NFL style.

All the questions are there, we are just waiting for the answers. Will Kansas City advance to the AFC title game for the fourth year in a row? Can Tom Brady and the Buccaneers take down the Rams and advance to their second straight NFC Title game? Will Brady get that 8th ring? Are the Bills finally ready to make the jump from pretender to contender?

This list goes on and on. Here are our views on how this weekend will unfold.

Cincinnati at Tennessee (-3, 45.4) — The Bengals are going places under Joe Burrow. However, the only place they are going Saturday after their game vs. the Titans is home. Burrow is great. His wideouts are incredible. But the buck stops here.

The Titans are the two-time AFC South champions – and they have one of the most overlooked QB’s in the game in Ryan Tannehill. Everyone mentions Rodgers, Brady, Mahomes, Stafford, Burrow, and Jimmy G well before Tannehill’s name gets brought to the table. That’s a mistake.

Tannehill and the Titans have won three straight and four of five. One more win puts them in their second AFC championship game in three seasons.

One more key factor for this game is the Titans are finally healthy – including Derrick Henry. We are backin the home team here.

We don’t need to discuss a lot of stats here. Yes, the Niners own Green Bay – especially during the Aaron Rodgers era. However, to put it simply, this season I refuse to wager against Rodgers, especially at home.

This is really the Niners third straight postseason game. They beat the Rams in Week 18 to get in the playoffs, then they defeated the Cowboys in Big D last weekend. It was a great run, but this game belongs to the Pack.

The Rams were walking tall back in Week 3 when they ran over Tom Brady and the Bucs. While Matt Stafford has played great for the Rams in his first season since being traded to LA, he has played his worst football over the past month. We don’t put much stock in LA’s win against Arizona – who just crumbled the final 7 weeks of the season.

Now we’re not saying LA can’t win this game – wait yes we are! Revenge will be served up Tom Brady style Sunday afternoon. The Bucs are 29-9, including 5-0 in the playoffs, since Brady’s arrival. That improves to 6-0 Sunday.

Okay, deep breath. I know Buffalo is good. Real good. But QB Josh Allen is just too up and down for me. I may be playing the fool, but I love Kansas City in this spot.

Back in Week 5, the Bills dominated the Chiefs 38-20. The good news for KC and their fans is that may seem like a lifetime ago. Since their 3-4 start, the Chiefs have won 10 of their last 11, including a big playoff win at home last week vs the Steelers.

The Chiefs are shooting for a possible fourth straight trip to the AFC title game with a win, and it is tough to go against Patrick Mahomes and the Chiefs at home. Like the Bucs mentioned above, KC gets a bit of revenge vs. the Bills Sunday evening.