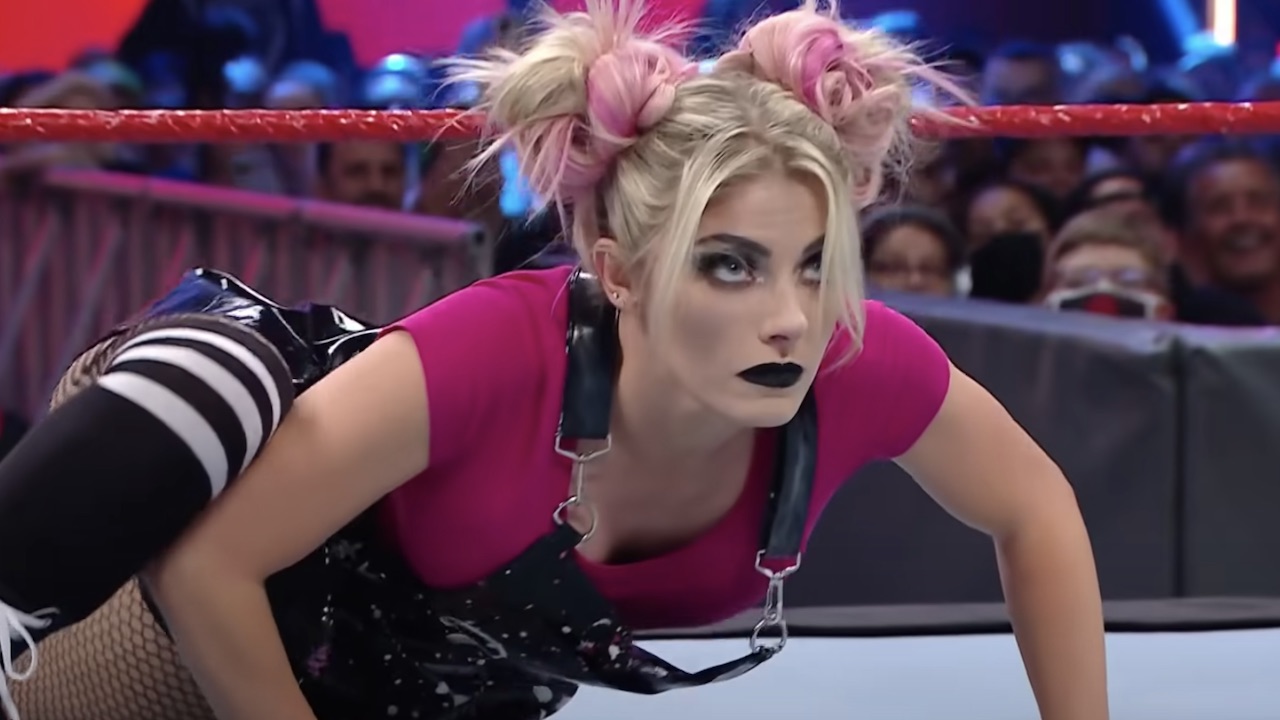 Fan-favorite Alexa Bliss made her official return to the WWE Raw show on Monday, generating excitement for what’s next in her career. Bliss had been on a break since last September when she lost to WWE RAW Women’s Champion Charlotte Flair. However, she’s coming back now and that has fans looking towards her inclusion in the upcoming women’s Rumble. Here’s more about Alexa’s return to Raw and the latest WWE Royal Rumble 2022 odds.

Fans have been waiting for a while to see which version of Alexa Bliss might show up on WWE Raw. It turned out she’s in therapy right now after suffering that terrible loss of Lilli at the hands of Charlotte Flair. A segment towards the end of WWE Raw featured Miss Bliss seated with a therapist who was trying to talk her through her issues.

However, upon showing her footage of Charlotte destroying Lilli, it drove Alexa into a rage and she began smashing items in the room. That sent the therapist running, and ended with a ferocious scream from Alexa. It would seem she’s not necessarily on the road to recovery but is on the road to Raw soon, and then onto the 2022 Royal Rumble.

Who is in and out for the Women’s Rumble Match so far?

Odds have been floating around for the men’s and women’s Royal Rumble matches for a few weeks now. However, the field of competitors is beginning to take shape. On last Friday’s WWE SmackDown, fans got a ton of surprise entrances revealed for the women’s match.

There are 19 women shown in the image below for the match, with others including Nikki ASH, Carmella, Shotzi Blackheart, Charlotte Flair, Rhea Ripley, Tamina, and Naomi.

It was also revealed by WWE that Sasha Banks is out of action for six to eight weeks after suffering a foot injury at a house show in Fayetteville, North Carolina this past Sunday. So it seems unlikely she’ll show up, unless WWE is tricking fans.

There are only a handful of women’s winners for the match since there have been just five women’s Royal Rumble matches in the history of WWE. In 2018, Asuka won the inaugural edition of the match. That was followed by Becky Lynch capturing the win in 2019. Charlotte Flair followed it up in 2020, and then Bianca Belair claimed last year’s Rumble. Who will win it in 2022?

The Royal Rumble is set to take place on Saturday, January 29, 2022, from The Dome at America’s Center in St. Louis, Missouri. Viewers will be able to watch all the action take place live streaming on the Peacock network, which offers free trial subscriptions for new subscribers.

WWE’s Rumble pay-per-view is typically one of the biggest events of the year and really kickstart the Road to WrestleMania. It’s been full of surprises in the past, and we’d expect the same this year. So this is one of those events that pro wrestling fans won’t want to miss!