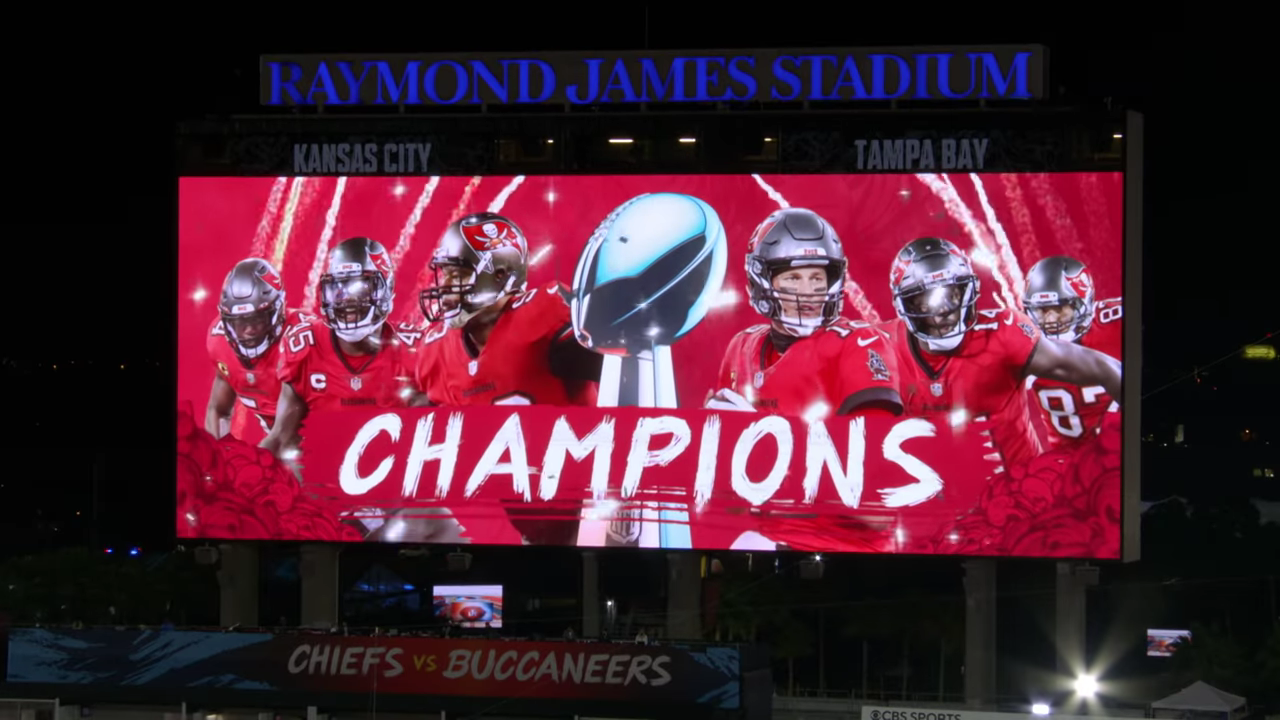 Now that the 2022 NFL playoffs have arrived, many fans are wondering just where and when is Super Bowl 56? We have all the answers right here!

Super Bowl 56 is scheduled to take place on Sunday, February 13, 2022, at SoFi Stadium in Los Angeles. SoFi is the home field for the LA Chargers and LA Rams. The Rams will open the postseason by hosting the Arizona Cardinals in the NFL Wild Card round. The Chargers failed to make the playoffs this season.

The Rams will try to become just the second team in the history of the Super Bowl to win an NFL championship on their home field. The Tampa Bay Buccaneers were the first team to pull off the feat last season.

Speaking of Tampa Bay, they will be the first squad trying to repeat as champions since the New England Patriots in 2003 and 2004 pulled off the feat. And the quarterback for the Patriots back then was…Tom Brady of course.

It has been 17 years since the last title repeat in the NFL and if Brady leads his Bucs to the title, well, he will just continue to pile on his already incredibly insane NFL resume.

With the postseason Wild Card round underway, the Green Bay Packers are listed as the favorites to take home the Vince Lombardi Trophy. With Aaron Rodgers having an MVP-type season, and the Packers holding the home-field advantage, another Super Bowl Championship flag could very well be hoisted at Lambeau Field next fall.

Right behind the Packers are the Chiefs (+450) and Bills at +750. The defending champion Tampa Bay Buccaneers are listed in fourth place on the Vegas odds board at +800.

At the time of this report, the Las Vegas Raiders and New England Patriots have both been eliminated from the postseason as each tasted defeat on Saturday. The odds for each of the 12 teams remaining in the postseason are listed below.

The 56th Super Bowl will be televised live nationally on NBC. The big game will also be available to stream live online via Peacock or with the NBC Sports App. While Kickoff is scheduled for 6:40 p.m. ET on Feb. 13, the pregame shows will start as early as 8 am on The NFL Network and Noon ET on NBC.

In case you were wondering, the 2023 Super Bowl will be played at State Farm Stadium, in Glendale, Arizona. In 2024 Las Vegas will host its first Super Bowl.

Be sure to check back here for Super Bowl news, notes, and odds over the next 3 weeks of action.