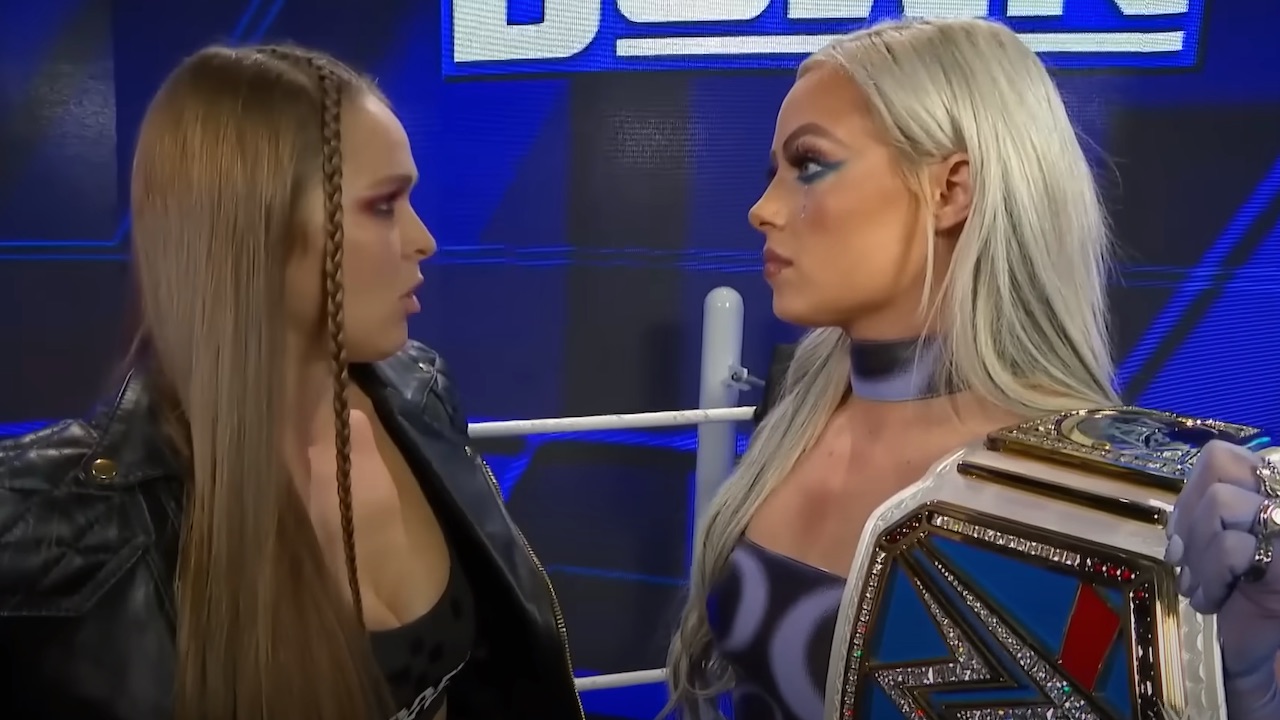 Multiple championships are on the line as WWE’s hottest event of the summer arrives in Nashville! The latest WWE SummerSlam 2022 odds are available for betting on various matches, including the WWE SmackDown Women’s Championship and WWE Undisputed Universal Championship. Superstars in action include current champs Liv Morgan and Roman Reigns, each defending their respective titles.

A hobbled Ronda attempted to put Liv into an ankle lock and make her quickly tap, but Liv was able to escape it and eventually rolled up Ronda to claim the championship. It’s Liv’s first time as the champ, and she’ll look to defend it successfully.

Liv and Ronda teamed up ahead of their match in a SmackDown tag bout against Natalya and Sonya Deville. While they were on the winning side, there was clearly tension ahead of their SummerSlam clash.

Surprisingly, Liv enters this matchup as the favorite (-200), despite many critics questioning if she’ll be able to win a full match against the former UFC star and multi-time women’s champ. Rousey is a +150 underdog for bettors wanting to take the risk.

As far as the WWE Raw Women’s Championship goes, that will be the continuation of an ongoing feud involving Becky Lynch and current champ Bianca Belair.

Belair has been champ since WWE’s WrestleMania 38 this past April, giving her a reign of 116 days and counting. She successfully defended the belt in a triple threat against Asuka and Becky at Hell in a Cell 2022, then followed that up by defeating Becky at MITB 2022.

Based on the odds, Belair is a huge -500 favorite to retain her championship. Lynch, a former two-time champion is currently a +300 underdog for SummerSlam 2022.

Roman Reigns and Brock Lesnar to clash in brutal match

Another epic battle at WWE’s SummerSlam will feature the WWE Undisputed Universal Champion Roman Reigns as he defends the belt against challenge Brock Lesnar. This won’t be any old match, though, as it’s a Last Man Standing Match.

Reigns is in his second reign as Universal Champion and fourth as the WWE Champion, winning the belt during a match against Lesnar at WrestleMania 38 in April.

They’ll now do battle yet again, with the winner being the first one to keep their opponent from answering the referee’s 10 count. As of this report, Reigns sits at -600 to retain, with Lesnar a +350 underdog. However, one can never count out The Beast.

Keep in mind that Theory will be watching closely with his Money in the Bank briefcase waiting to cash in for his shot to capture the championship.

Those are just three matches from a star-studded SummerSlam card, which also features newer wrestling stars Logan Paul and Pat McAfee in their returns to the ring. Paul and McAfee were featured in matches at WrestleMania 38 and now see singles action at SummerSlam.

Additionally, The Usos put their undisputed tag team titles on the line against The Street Profits, and Theory tries to win the United States Championship back from Bobby Lashley. Here’s a look at the latest odds, per eWrestlingNews.

Here are the latest updated results for the WWE SummerSlam 2022 matches.

Next up on the schedule will be NXT HeatWave on August 16 and WWE’s Clash at the Castle on September 3 in Cardiff, Wales!