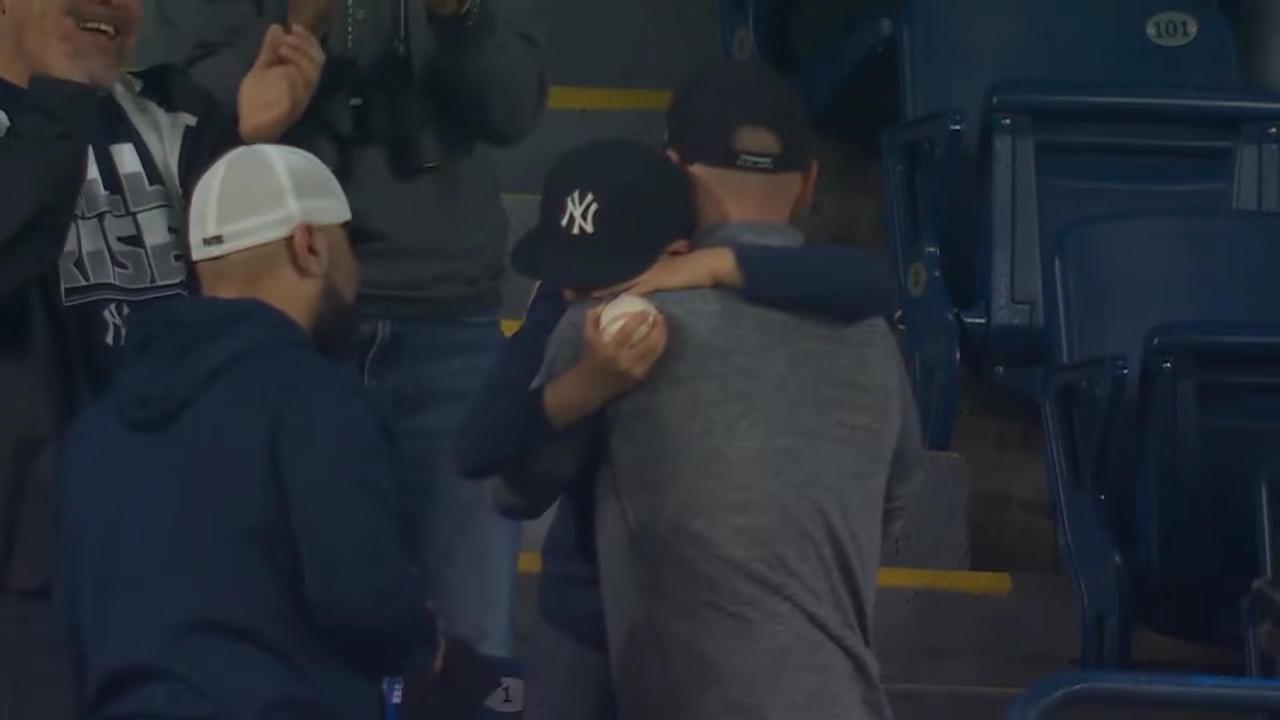 The Toronto Blue Jays and New York Yankees will most likely be battling for the AL East division title this September. However, tonight one Jays fan made a young New York Yankees fans day! Heck, by the looks of it, this will be a memory that lasts a lifetime.

Following a booming Aaron Judge home run, one Toronto fan proved that it’s just a game, and let’s be kind to fellow fans – even if they are cheering for the visiting team. Here is how it all went down.

During Tuesday night’s game between the Blue Jays and Yankees, Aaron Judge smacked a solo home run to left field in the sixth inning to tie the game at 1-1. Judge has been on a tear so far in 2022. The power-swinging right fielder has single-handedly been a huge part of why the Yankees sit atop the AL East.

The home run ball was caught by a Jays fan. Instead of the fan throwing the ball back on the field, like so many fans do when an opposing team’s player hits a homer, or keeping it for himself, the fan immediately gave it to a young Yankees fan in a Judge shirt.

The moment that followed was priceless. The youngster hugged the Jays fan as his raw emotion led him to tears. Kudos to you, Mr. Toronto fan! Check it all out below.