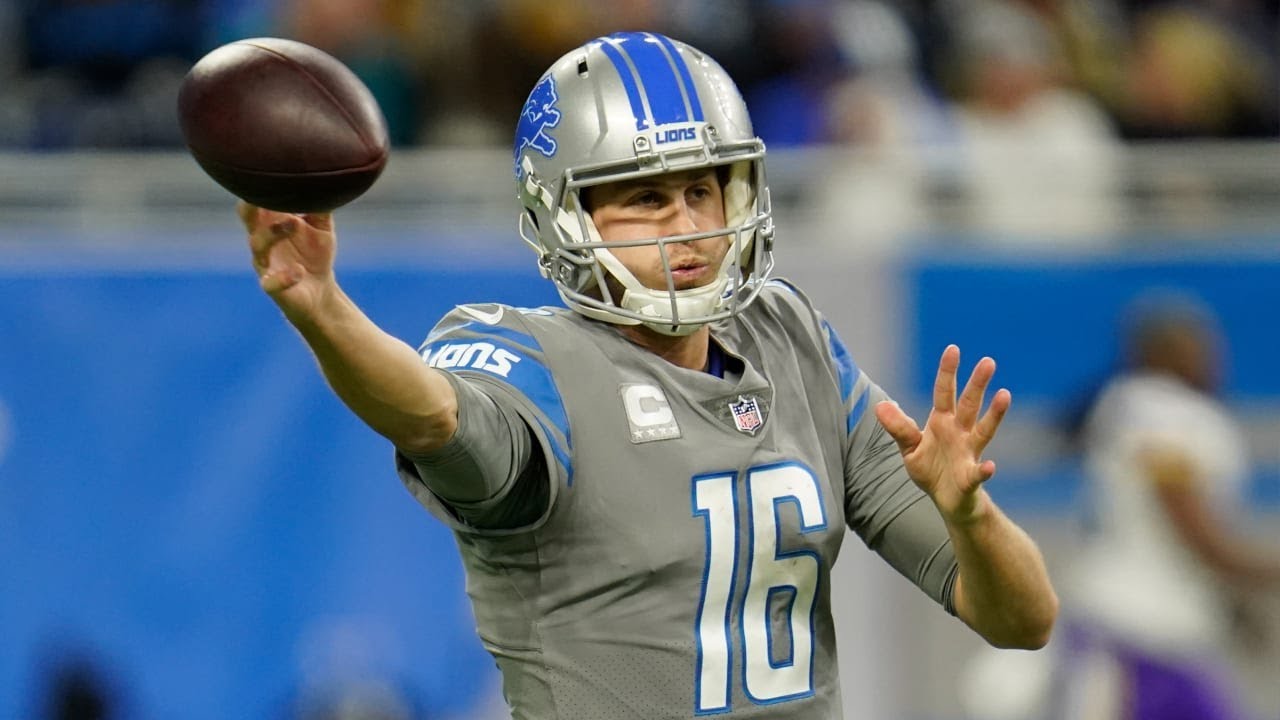 The NFL 2022 season officially gets underway just over 24 hours from now when the defending Super Bowl champion Los Angeles Rams host the Buffalo Bills. It’s hard to believe, but the gridiron action is once again ready to take center stage in the sports world.

So let the questions begin! Will the Rams repeat? Can Tom Brady defy Father Time once again? Which team or teams will surprise and or disappoint this season?

We love playing the long odds and looking for those diamonds in the rough each NFL season. After all, if the favorites always won, everyone could gamble for a living! If it were only that easy.

This year we love several underdog teams to do well – and a couple of favorites who we think won’t live up to the hype. Those predictions will be out before Week 1. However, right now let’s get to one underdog we believe will have some bite in 2022. Here. We. Go.

Detroit Lions Are A Value Worth Looking At

Detroit Lions, Super Bowl champions? Let’s not get carried away, but we like them a lot this season. These aren’t your grandparent’s Lions – at least we don’t think so. Detroit has been pretty much a last-place team for decades and the butt-end of most jokes in the NFL. However, just like the Chicago Cubs’ long drought of 100 years in MLB, everything comes to an end.

Are the Lions Super Bowl bound? While that may be a stretch, our simple answer is – why not? Before you laugh, think about this.

Over the past seven seasons, the NFC has sent six different teams to the Super Bowl. During that run, the Cam Newton-led Panthers were going to be the new NFC beast. Remember that? Super Bowl 50 was the dawning of a new era for then head coach Ron Rivera and the Panthers. It never happened.

The same can be said for the Eagles with their world-famous “Philly Philly” play in Super Bowl 52. Doug Pederson was labeled as the best and smartest head coach in the NFC East and the Eagles were on their way to becoming a dynasty. Over the next three seasons, the Eagles compiled a 22-25 record, never made the postseason, and Pederson was fired.

And let’s not forget the Jimmy G-led Niners, who were edged out by the Chiefs in Super Bowl 54, as my last example – even though I have a lot more. My point is, that it is hard to win year after year – AND every year a team or two surprises everyone. Last season it was the Cincinnati Bengals. This year, why not Detroit?

Okay, we are always looking to make money here at SOD. And when you can make big money for a small risk, that’s even better.

The Lions are currently listed at the MGM Grand at +850 to win the NFC North. That’s a great wager. If this team can stay healthy, they WILL be playing meaningful games in November. The Packers are still the class of the NFC North, however, in a 4-horse race, I love those nearly 9/1 odds on Detroit.

Also, you have to bet the OVER. Detroit’s win total is currently set at 6.5. That’s pretty low in our opinion. Last year Detroit could have easily won 9-10 games – despite all of their injuries. Yet, they suffered several heartbreaking losses on game-ending field goals as the game expired.

Last but not least, throw a few bucks on the Super Bowl prop at +10000. When you get a 100/1 shot on a team that no one believes in nationally, it’s worth a $20 wager. Just like the Bengals’ incredible run last season that NO ONE saw coming, you just never know!

One last thing to keep in mind. Last season the Lions were one of the best against the Vegas line at 11-6. Why does that matter? It shows that they were competitive in every game. Once again, if this team doesn’t get hit by the injury bug like they did last season to no end, namely Jared Goff and that potential top-notch offensive line, watch out!