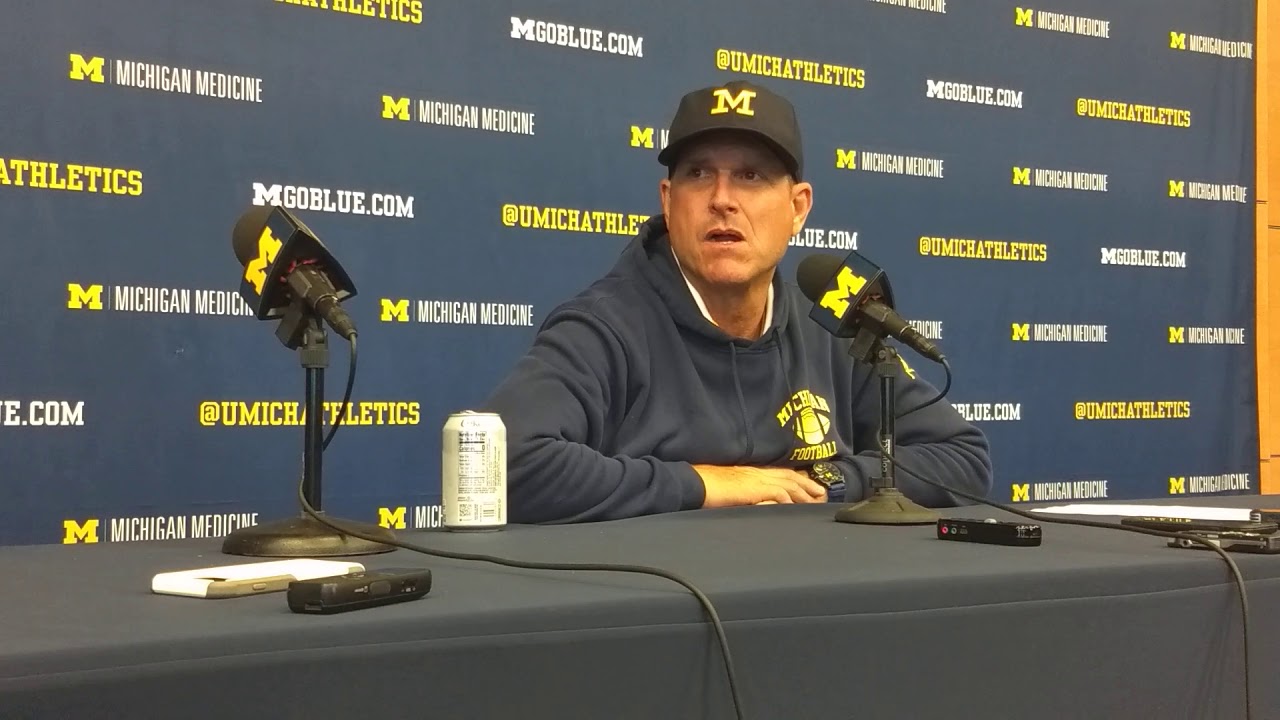 It’s that time of year again. Another NFL season is winding down and we all know what that means – the NFL coaching rumors are about to hit a fever pitch. Leading the way so far this season as this year’s potential hot coaching name is an oldie but a goodie, coach Jim Harbaugh.

According to CBS Sports, University of Michigan coach Jim Harbaugh is drawing interest from several NFL teams, and while some close to him maintain he will not leave Ann Arbor, he will not have difficulty getting an audience with owners should the right opportunity arise.

Would the former Michigan QB leave his alma mater after putting them back on the relevant map of college football as their head coach? Harbaugh has had a nice run at his time in Ann Arbor compiling a 61-24 record in his seven seasons at the helm.

In fact, 2021 was Harbaugh’s best season with the Wolverines as he helped guide Michigan to their first-ever playoff appearance. Yet, sometimes the fan base was hard on Harbaugh for his lack of success when it came to beating rival Ohio State. Harbaugh has compiled a 1-5 mark against the Buckeyes so far during his tenure.

While Jimmy H. had a hard time beating Urban Meyer and the Buckeyes overall, the one thing he has done much better than the former OSU head coach is have great success in the NFL. Thus, the lure, rumors and whisperings ae once again in high gear.

Like him or not, Jim Harbaugh has had great success everywhere he has coached in the NCAA and NFL. Now with several vacancies available, Harbaugh has been rumored as a possible candidate for several teams.

Harbaugh took the 49ers to the Super Bowl where he lost a thriller to his brother John Harbaugh and the Baltimore Ravens. Harbaugh was well-liked in San Francisco and many fans were saddened when he made the jump from the NFL back to the college game.

Now, with multiple sources saying he is “very interested” in fielding offers, along with FOX’s Jay Glazer reporting on Sunday, Jan. 9 that “Harbaugh has been calling around to (people) coaches to see if he did leave Ann Arbor to jump to the NFL if they were interested in joining his staff,” we are checking out the odds of where Harbaugh may land in 2022 if he did decide to leave Ann Arbor.

Las Vegas Raiders (+200) – The No. 1 destination according to many in the know. If any jump happens, this move makes the most sense. They are loaded with talent and have a QB in Derek Carr.

Miami Dolphins (+350) – They are improving, and Harbaugh, who is best known for working with young QB’s, may be the quarterback whisperer that Tua needs. Of course, this is all speculation pending on if they part ways with Brian Flores.

Jacksonville Jags (+400) — The sleeper? As being reported by FOX, Darrell Bevell is most likely out in J-Ville, and Harbaugh may be the guy to work his QB magic with Trevor Lawrence – just like he did in Frisco with Colin Kaepernick.

Denver Broncos (+500) – Denver fired fire head coach Vic Fangio on Sunday. Hey, they have talent to make a run at the West crown sooner than later.

Chicago Bears, Minnesota Vikings (+750) – Yes, as of this report, both teams have a coach. Odds are they won’t next week. Still, we can’t see Harbaugh heading to either of these cities.