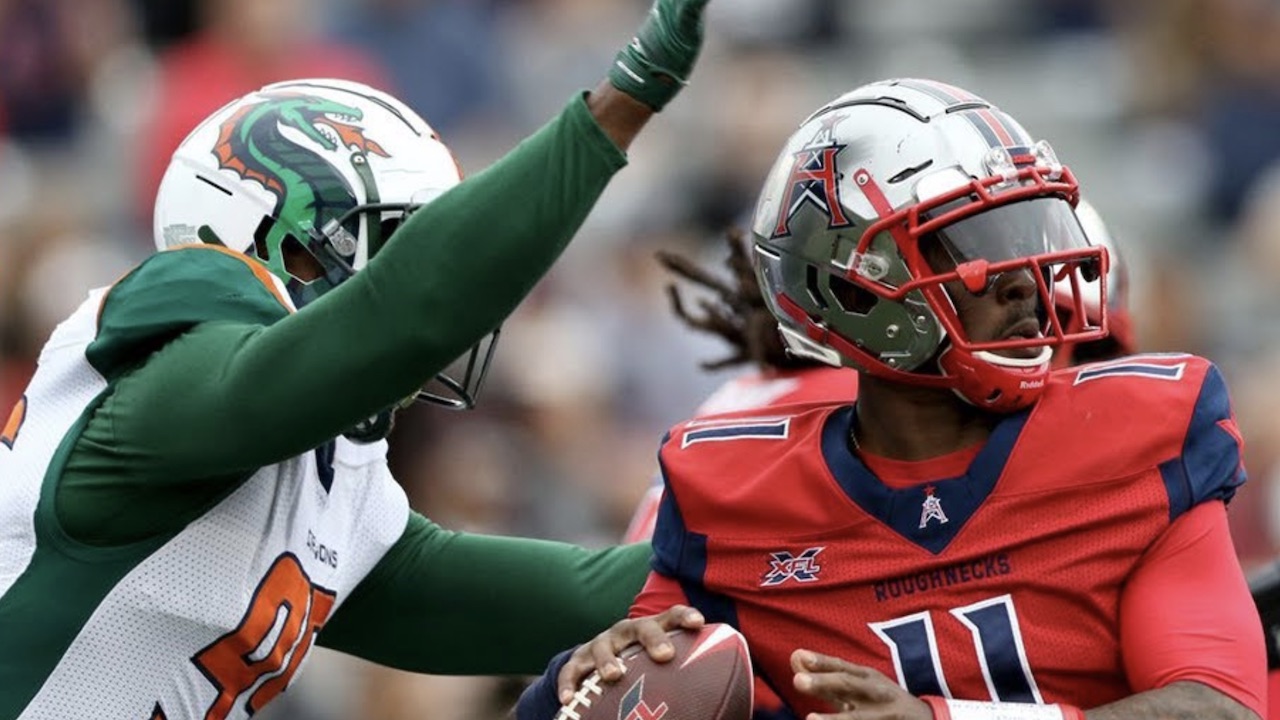 The XFL 2023 rumors are heating up based on some recent details uncovered by a super fan doing some extra clever research. Based on information the super fan found, it appears the league could be looking to add teams to Mexico and Canada, which would be some international exposure. That would also be a start in the rebooted XFL’s plan to establish a “global presence.”

Sports Odds Digest previously reported on The Rock’s comments that new XFL cities and teams were on the way in the coming months. We’ve also given our thoughts on potential teams for XFL’s 2023 return. Now it appears there may be more merit to the XFL putting new franchises in Canada and Mexico.

The rumors arrived after Josh Gerben, a trademark attorney, tweeted comments about the NFL’s Washington Football Team revealing their new name in February. In his comments, Gerben mentioned the Paris Convention.

“There is a treaty called the Paris Convention. 178 countries signed this treaty. If a company files a trademark in 1 of the 178 countries, it may then file the same mark in any of the other countries WITHIN 6 MONTHS and get the priority date from the original filing,” Gerben said in his tweet thread.

That treaty suggests the XFL and USFL can hide any pending trademarks they have in other countries so fans won’t easily notice. However, one super fan did some research into this and that’s what brings up our XFL 2023 rumors.

Superfan Jake Henry was amongst the individuals who replied to a retweet of Gerben’s original tweet. Jake indicated he did a bit of research, eventually uncovering that Alpha Opco LLC filed two XFL trademarks in Mexico.

The website XFLNewsHub did a bit more research and discovered there was another XFL trademark filed in Canada. Both are obviously a big deal for the league as it looks to return in 2023.

Per XFL News Hub’s report, there was a Canadian XFL trademark with a registration date of January 19, 2021. The trademark included “Proposed Use in CANADA” and is active, per the report.

Based on XFL News Hub, one Mexico trademark was filed on November 18th, 2021, and is still pending. However, translations of the wording in one trademark reveal potential merchandise. That includes various footwear, jackets, shirts, sweatshirts, shorts, pajamas, hats, flip flops, bandanas, gloves, scarves, and underwear, among other items.

That would seem to show that the XFL is planning something for both locations. Whether this means teams, or just new basic XFL merchandise for those areas remains to be seen.

While XFL has been away for a while due to it closing down during the pandemic in 2020. However, there is renewed excitement for the league’s return. Not only are fans, players, and personnel looking forward to the return, but so are the individuals responsible for saving the XFL.

Dany Garcia, who is a business partner with Dwayne “The Rock” Johnson, was part of the group that swooped in and bought the XFL months ago when it was heading to bankruptcy. In a recent IG post, Dany told fans to expect XFL players and personnel “on the field in 365 days” for training camp.

“January 2022, means 12 months away from 2023 @xfl Training Camp!! Our scouting has begun and the road to 2023 continues as we build our league of opportunity for ALL,” Dany wrote in her caption.

The Rock also shared similar excitement about training camp with a video he shared on his social media. A YouTube account captured the clip to reshare with others.

Garcia’s post and Rock’s video mentions training camp, which would put that in early 2023. The expectation is games will start several weeks or a few months later.

All of the above certainly bodes well as the XFL looks to return bigger and better than ever. We’re definitely anticipating the news of where teams will play when the league returns in 2023!