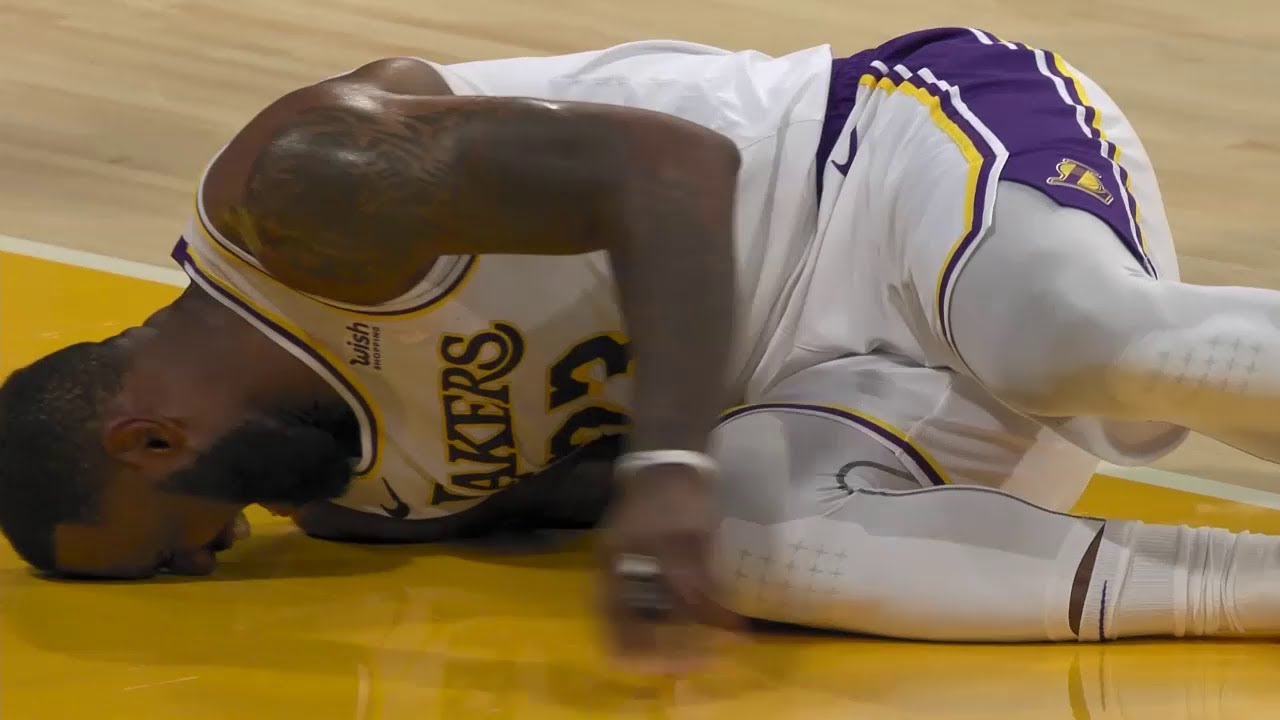 With the unfortunate LeBron James ankle injury that recently hit the NBA’s top superstar, it appears the Los Angeles Lakers could be in some trouble during the second half of the season. While it’s unlikely they’ll fall out of playoff contention, they’ll now be without their top two star players. That’s a spot this recent roster hasn’t really been in as they look to continue their journey towards a second-straight championship. The latest NBA Conference and championship odds still give Lakers the best chances to win, but bettors could find some value in other teams too.

On Saturday, the Lakers hosted Trae Young and the red hot Atlanta Hawks in an afternoon matchup. ATL entered on a seven-game winning streak. While Los Angeles was already without star big man Anthony Davis, they were still finding ways to win thanks to having King James. However, they didn’t expect the player who often seems capable of superhero feats to suffer a setback.

At one point in the second quarter, the LeBron James ankle injury arrived as the Hawks’ Solomon Hill fell on Bron’s ankle. The Los Angeles Lakers star was able to stay in the game briefly and even hit a three-point shot. He’d later head to the locker room to get checked out and didn’t return after that.

Here’s a look at video footage from when LeBron’s injury happened in Saturday’s game:

Based on a tweet from insider Adrian Wojanarowski, LeBron will be out indefinitely with the ankle injury. According to Woj, that’s going to put the Lakers in a tough spot as they’re in the second-half stretch for the season. The NBA’s trade deadline arrives on Thursday, March 25, so it should be interesting to see if LA makes any moves to prevent further struggles without James and Davis.

The Lakers’ first matchup without LeBron was set for Sunday night. They were listed as 10-point underdogs against the West’s Phoenix Suns, who are currently right above them in the Western Conference standings.

Following his injury, LeBron tweeted to let fans know he’s on “the road back from recovery” and will be “back soon” like he never left.

The recent loss of LeBron could mean more losses for the Lakers in the standings. That could dramatically impact their path towards another NBA Finals, and hinder their chances. However, the team seems to be banking on both LeBron and Davis making their comebacks to play again.

As of this report, the Lakers are 28-14 overall and third in the Western Conference standings. Ahead of them are the Phoenix Suns at 27-13 and the Conference-leading Utah Jazz (30-11). Strange enough, BetUS still believes the Lakers are favorites to win the conference. That said, they are slight favorites compared to fellow LA squad, the Clippers. The Jazz also present a potential opportunity at +350.

What about the Lakers’ chances to win another title? Based on BetUS’ listing, either the Lakers or the East’s Brooklyn Nets will be the champions after the playoffs have ended. The Clippers, Bucks, and Jazz round out the top five teams, with the Sixers listed at +1300.

In terms of the favorite for NBA Finals matchup, the top odds go to Nets vs. Lakers at +250, followed by Nets vs Clippers at +450, and Nets vs. Jazz at +700. There are still plenty of games left for the season, so it could be a wild ride!