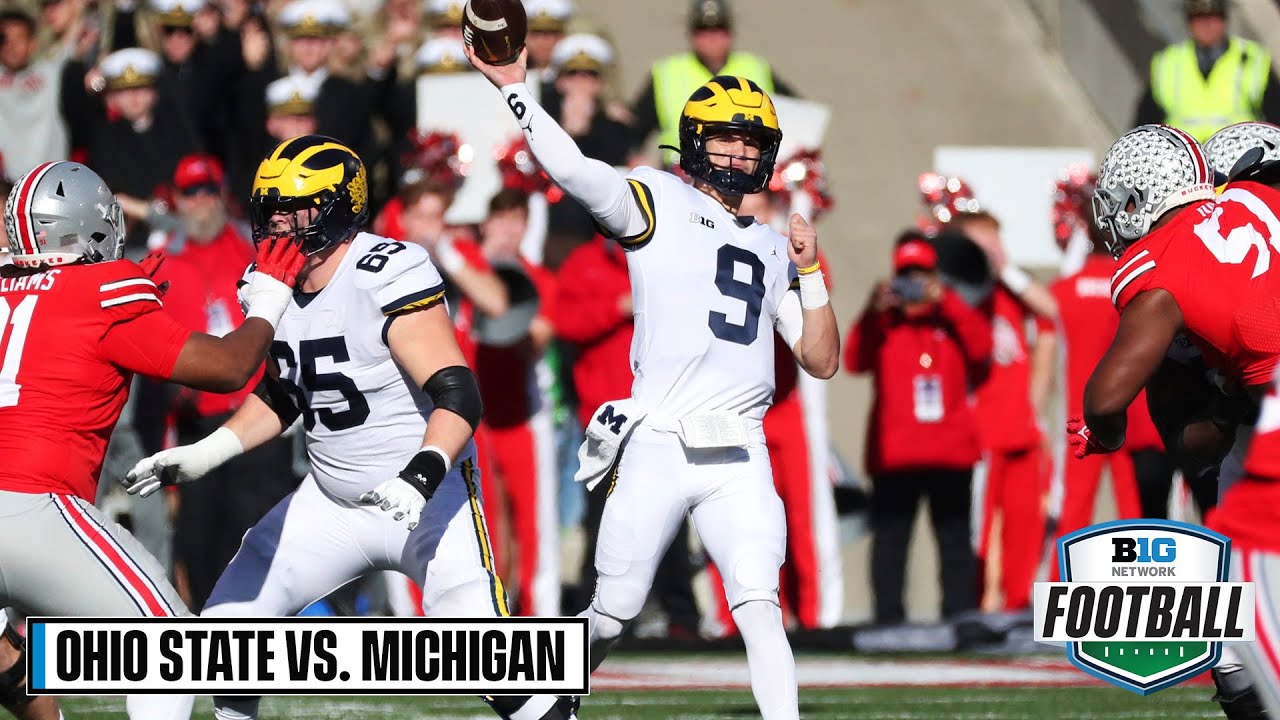 The latest Top 25 poll has arrived and to no one’s surprise the Michigan Wolverines are movin on up! One day after the Wolverines’ huge win vs Ohio State at the horseshoe, Michigan jumped up one spot from No. 3 to No. 2 in this week’s poll.

This week’s AP poll has had a big-time shake-up! With Clemson and LSU both being upset, their chances of making the NCAA CFB playoffs are all but over. However, teams like USC and TCU are making a strong case to break into that final four select team category.

Clemson fell three spots from No. 7 to No. 10, while LSU dropped 5 spots from No. 6 to No. 11. While we have learned over time that you can never say never in sports, it is safe to say that these two will be on the outside looking in when it comes to the postseason title chase.

It is going to be interesting to see if the playoff pollsters have things a bit differently than the AP poll this week. As of now, no matter what happens to Michigan and No. 1 Georgia, they both should be playoff bound – right?

While some are already whispering that “Ohio State could sneak back in if…” just STOP! The Buckeyes are out no matter what Michigan does in the Big Ten title game. Head to head, OSU got smoked for the second straight season by the Wolverines.

Also, enough of the “TCU didn’t play anyone” bandwagon. Right now, they are the No. 3 team in the current AP poll, like it or not. If they beat Kansas State in the Big 12 title game, they should be in. The same can be said for USC if they win the Pac-12 title game against Utah.

My question is should Michigan be ranked No. 1 ahead of Georgia? For weeks many experts went on and on about how Ohio State may be the best team in the land. Well, since the Wolverines beat them convincingly, shouldn’t they at least be considered for that No. 1 slot? Even though they are undefeated, Georgia has been a bit sluggish in many games this season.

An argument can be made for many teams in each poll, and that is half the fun!

Next Saturday is going to be a college football fan’s dream! Dubbed Championship Saturday, 11 conference title games are set to take place. Wall-to-wall football, just the way we like it!

Okay, enough chatter. Let’s get to the poll and the updated title odds!