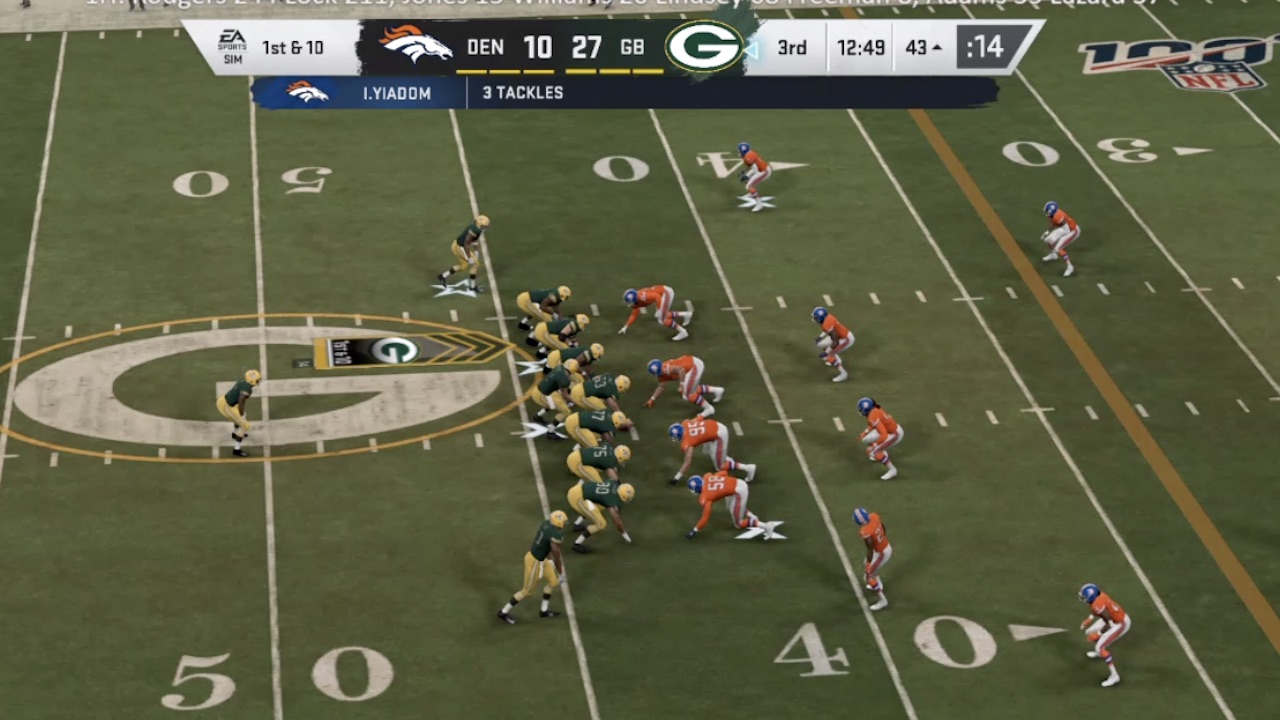 While fans anticipate the return of the NFL for the 2020 season, there are NFL betting lines available for video game simulation. Madden 20 simulation games are taking place on a regular basis, giving bettors the opportunity to try their luck. We’ve got the details on how to get involved and where to watch the Madden 20 NFL sim games.

What is Madden 20 simulation games betting?

While the coronavirus pandemic has put many sports on hold, video games have been able to provide some entertainment until they can resume. Bovada sportsbook has Madden 20 simulation games. They are run using the popular EA Sports football video game to play out different matchups from the NFL schedules.

The PS4 and Xbox One video game (below) allows for setting up rules and simulations involving the teams based on their Madden 20 ratings. Bovada indicates rosters are adjusted to reflect the end of the 2019-20 NFL season as necessary to account for different personnel changes.

In addition, they have set up simulation rules for their contests. According to Bovada, that includes the Pre-Match Settings of 15 minute quarters, on Rookie difficulty with a 20-second accelerated clock.

With that, the Bovada sportsbook is offering bettors the option to wager on their CPU-simulated games. They refer to these on their website as NFL 2020 Sims. They’ve been going on for a while now, and continue as the pre-season isn’t going to happen for the NFL.

Here’s a look at what action was available as of August 28:

In addition to over/unders and NFL betting lines, they offer moneyline and other bets for each of the games. Bettors can also put wagers on quarters, halves, and even prop bets. One example we saw from the Seahawks game was total Bobby Wagner forced fumbles with an over/under of 3.

The fun part with the Madden 20 simulation games and NFL betting lines is that bettors can watch the virtual action unfold. Games are live-streamed and on-demand online at the Twitch TV livefootballsims channel.

In the Odds Shark video below, they cover how to bet on the Madden NFL 20 simulations. This will give more details on what it takes to bet on these virtual football sims.

The new Madden 21 football game arrived with its widespread release on Friday, Aug. 28, 2020, for PlayStation 4 and Xbox One. It will become available on the new PlayStation 5 and Xbox Series X towards the 2020 holiday season.

Most likely, if Bovada offers more sim games, they’ll begin using the new game with new rosters. That will especially be true if the NFL doesn’t go forth as planned for their 2020-21 season.

Check out the Sports Odds Digest video games page for more details on Madden and other games.