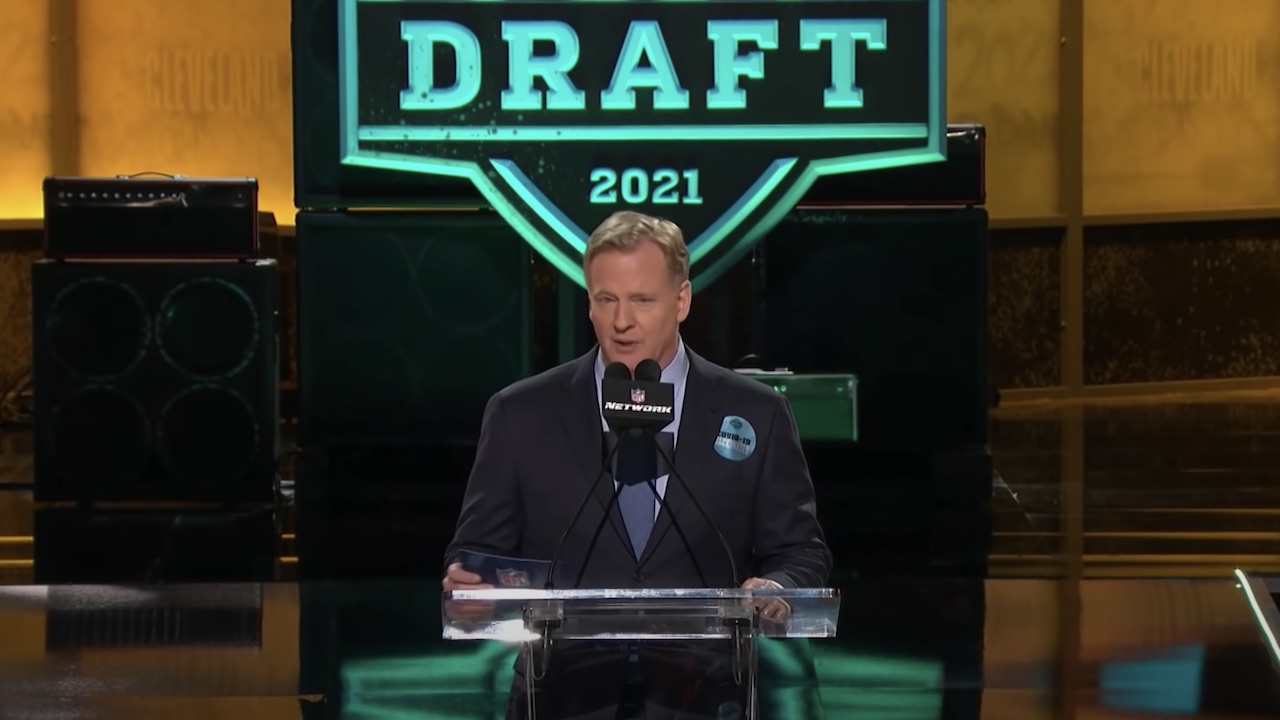 It’s that time again, as NFL teams try to find gems within the latest draft class to help rebuild their franchises, and possibly take them to that next level. Several teams are hoping to change their fortunes near the top of the NFL Draft 2022 order, including the Jacksonville Jaguars, Detroit Lions, and Houston Texans. However, fans have seen picks go much later that have done quite well. Superstar Tom Brady, anyone? Here are all of the latest details about this year’s draft order, date, start time, and how to watch!

Heading into the 2022 NFL Draft, the Jacksonville Jaguars once again find themselves with the No. 1 overall pick. The team added what they believed to be the quarterback of the future in Trevor Lawrence. Now they’ll look to fit another piece into their puzzle to find future success.

Based on NFL.com’s mock draft, the Jags will opt for North Carolina State’s Ickey Ekwonu due to his size and explosiveness. That will give Lawrence some needed protection on the front line to work in the pocket. USA Today’s mock draft has the Jaguars going with Michigan edge rusher Aidan Hutchinson, though.

The second pick in the draft belongs to the Detroit Lions, a franchise desperately in need of help after a rough season. It’s believed they’ll go for Notre Dame safety Kyle Hamilton, per USA Today, however, we think they will go with one of the big two pass rushers in the draft.

Michigan’s Aiden Hutchinson and Oregon’s Kayvon Thibodeaux are both explosive edge rushers that can help change a defense in a hurry. Look for the Leo’s to select one of those two as head coach Dan Campbell continues to build up the Lions’ defense.

Rounding out the top five selections are the Houston Texans at No. 3 with the fourth and fifth picks belonging to New York’s very own Jets and Giants, respectively.

Here’s a look at the order of teams in the first round:

Expect trades to arrive, and we’ve already seen several weeks before draft day. They’ve included Super Bowl winner Russell Wilson getting traded from Seattle to Denver, and Khalil Mack getting sent from the Bears to the Chargers.

When is the NFL Draft 2022 and how to watch live

The NFL Draft 2022 is scheduled for Thursday, April 28 through Saturday, April 30 at the Raiders’ Allegiant Stadium in Paradise, Nevada. Television coverage of the rounds will be presented on ESPN, ABC, NFL Network, and ESPN Deportes. Audio coverage is available on ESPN Radio.

Live streaming is available through the ESPN app or the NFL Mobile app on compatible streaming devices.

Additionally, viewers with services including SlingTV, YouTube TV, Hulu + Live TV, and Fubo can watch the draft live streaming, if they have the respective channels (ABC, ESPN, NFL Network) within their packages.