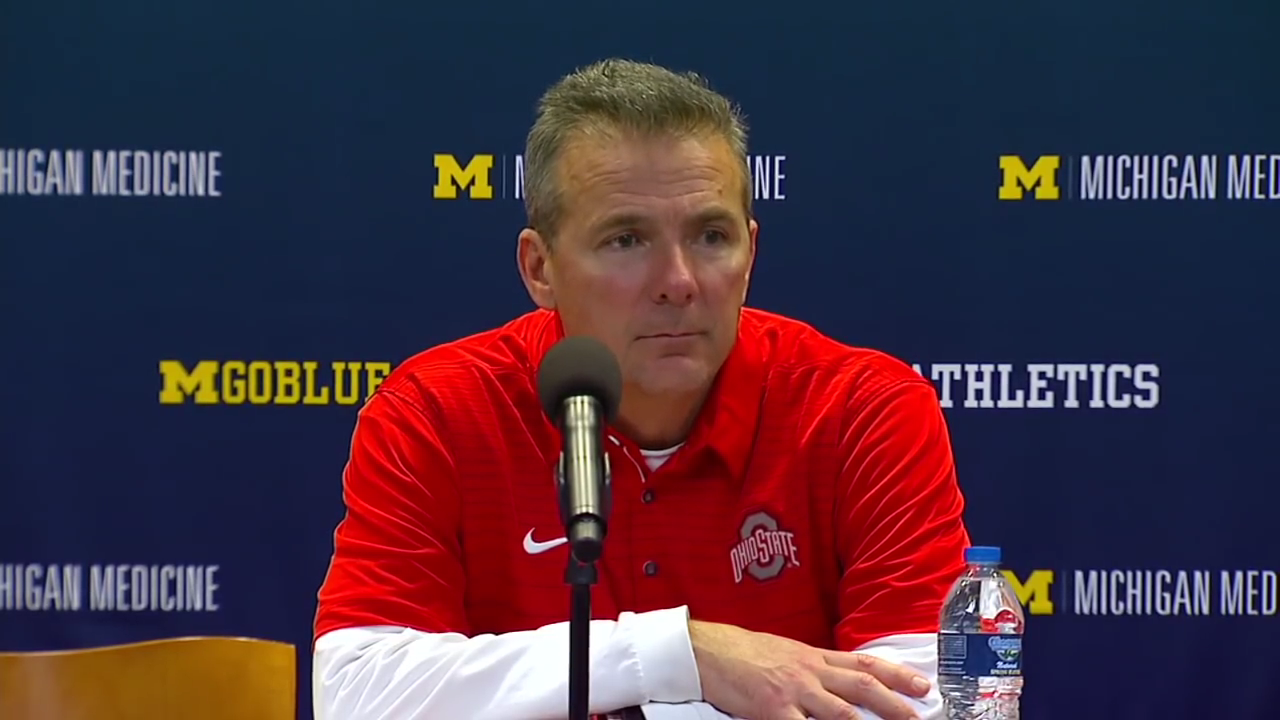 It’s that time of year again! The NFL coaching rumors are just beginning to heat up. Several squads are in need of a new coach. and right now one former college standout is getting the most press.

Former Ohio State and Florida coach Urban Meyer has been a name that has come up in NFL coaching rumors for the last few seasons.

Now, according to multiple reports, Meyer is more than a rumored name to take over a squad this offseason.

ESPN’s Adam Schefter reported on Sunday that Meyer has been contacted by “at least two teams” to see if he “would be interested in interviewing for—if not accepting—a head coaching job.”

Remember, while Meyer was incredible in the college game, he has never coached in the NFL. His cross-state rival, Michigan’s Jim Harbaugh did very well in the NFL when he led the 49ers to a Super Bowl appearance. Meyer, who has an impeccable work ethic, seems to fit the bill of an NFL coach.

While reports indicate that Meyer has been contacted by two teams, the two clubs were not mentioned by Schefter.

Spielman was a star at Ohio State and in the NFL with Detroit – and he has a strong relationship with coach Meyer.

La Canfora added that if not Detroit than perhaps Jacksonville may be team number two that has quietly contacted Meyer.

Meyer of course has many Florida ties and “there have been persistent rumblings in many NFL circles about the Jaguars potentially having a serious interest in Meyer” according to La Canfora.

The real question is why would Meyer want to leave his current job? Meyer has a great paying gig at FOX to cover college football on Saturday mornings.

One thing we do know. the rumors won’t stop until every team that needs a new head coach hires one.