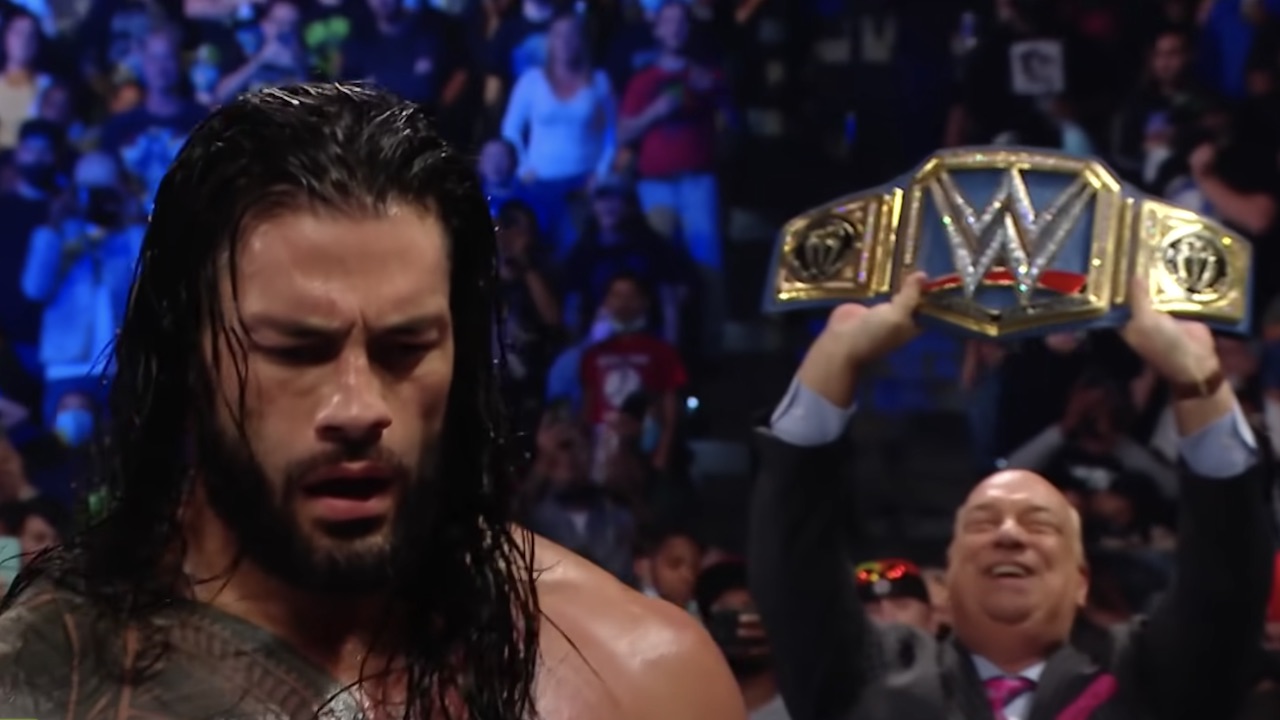 The WWE is back again with another pay-per-view event featuring fans in the building! With the latest wrestling show, it’s time to get extreme, as WWE Extreme Rules 2021 invades Columbus, Ohio’s Nationwide Arena. Among the top matches on the card will be Alexa Bliss challenging Charlotte Flair for the WWE Raw Women’s Championship and The Demon Finn Balor taking on Roman Reigns for the WWE Universal Championship. Here’s a look at the latest matches, along with odds for winners, a sweet $10,000 contest online, and how to watch the event live!

The Demon to battle Roman Reigns for WWE Universal Championship

Heading into WWE Extreme Rules 2021 card, one thing is already known; Roman Reigns has been dominant in his lengthy Universal Championship reign. He’s held the belt for over 365 days now, giving him the second-longest championship reign in the company’s history. His previous PPV win featured Reigns defeating the returning John Cena at WWE SummerSlam 2021.

At Sunday’s PPV, Reigns will meet up with Finn Balor, except he’ll be fighting under his alter-ego, The Demon, and it’s an Extreme Rules match. That means anything goes and weapons are perfectly legal including chairs, Kendo sticks, and whatever else these guys want to use on each other.

Current odds at BetOnline.Ag feature the champ at a whopping -1000 to retain the belt with a win. That could mean pin, submission, or DQ of some sort. Balor is a +500 underdog.

That’s just one of five championships on the line at the event. In another, former champion Alexa Bliss will take on six-time WWE Raw Women’s Champion Charlotte Flair. Charlotte’s title reigns have been short lately, and it seems Alexa may have the fan support behind her. She’s also in her hometown, making this a perfect opportunity for her. Miss Bliss is a +150 underdog which seems to offer great value to bettors. Her opponent is -200 to win.

Also on the card, fans will see a Triple Threat Match for the US Championship with Damian Priest defending against Sheamus and Jeff Hardy, as well as matches for the SmackDown Women’s title and Tag Team championship.

The Draft Kings sportsbook and fantasy sports website is offering a free-to-enter pool for WWE Extreme Rules 2021. The contest involves a prize pool of $10,000 and requires predicting what will happen in the Finn Balor vs. Roman Reigns match on Sunday evening.

Among the questions are what the first foreign object will be that gets used in the match, who will have the first pinfall attempt if Brock Lesnar interferes, and of course, who will win?

With $10k in prizes available, it’s worth giving at least one entry, for those who reside in participating states. Check out the contest and details here.

How to watch the wrestling event

WWE’s latest PPV event, Extreme Rules 2021 will begin at 8 p.m. Eastern Time. Many cable and satellite providers as well as streaming services like SlingTV offer the PPV for $45 or more.

However, the event will be live streaming online for a lower price, with Peacock subscribers able to watch it all through their smart TVs, streaming, or mobile devices.

For those who have yet to sign up for Peacock, now’s the time to do so. The platform offers monthly WWE events as part of Peacock Premium. It’s just $4.99 per month, with details on how to sign up here.

That’s the best deal in terms of watching the event besides being in Columbus live in person to witness all the excitement of Extreme Rules.

By the way, viewers can watch the WWE Extreme Rules 2021 Kickoff show live on YouTube starting at 7 p.m. Eastern Time in the video below. This will include insight and analysis into the PPV and probably at least one free match.