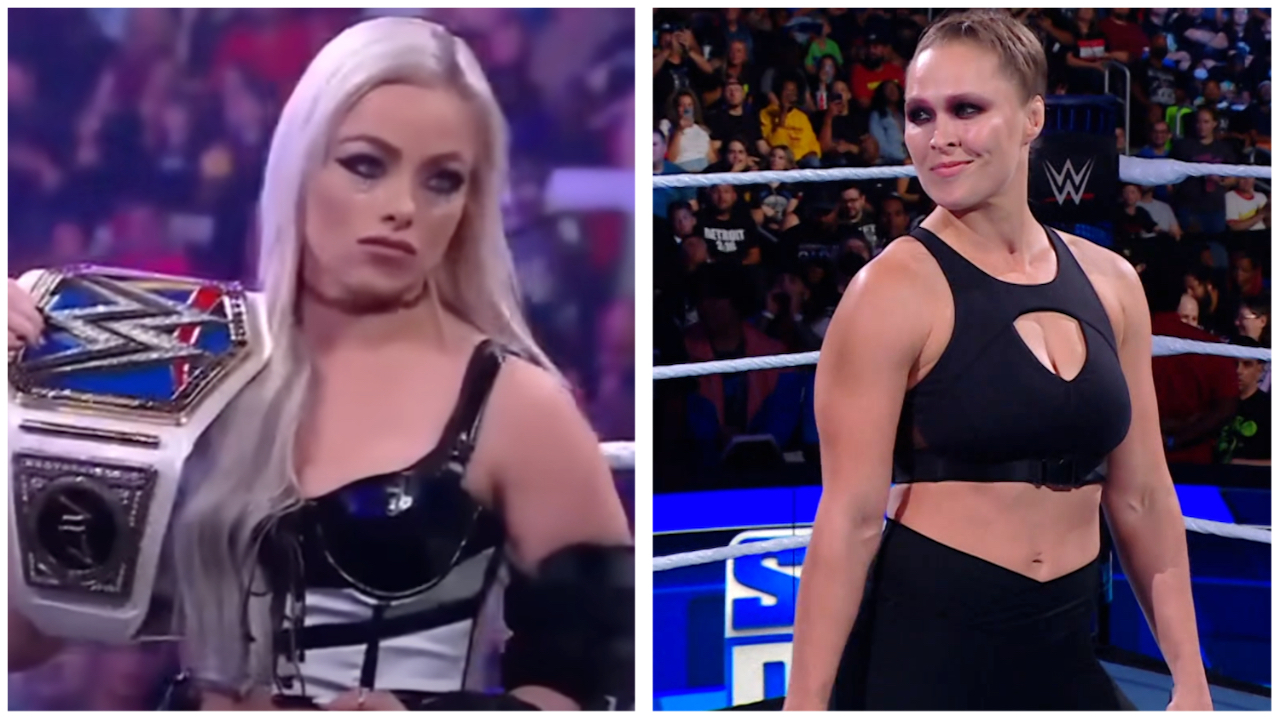 Pro wrestling is about to get extreme as the WWE Extreme Rules 2022 match card arrives featuring some of the most intense matches of the year. Among the highlights will be Matt Riddle battling Seth Rollins in a Pit Fight with UFC star Daniel Cormier as special guest referee.

Also, Drew McIntyre takes on Karrion Kross in a Strap Match, and Liv Morgan defends her SmackDown Women’s Championship against Ronda Rousey in an Extreme Rules Match. Here are the latest odds and how to watch this weekend’s event.

WWE’s Extreme Rules event is generally known for matches where the regular rules and matches are out the door. That’ll be the case for the 2022 event in Philly, as multiple championships and possibly careers are on the line.

Both women’s championships are up for grabs at WWE Extreme Rules 2022. Bianca Belair defends her WWE Raw Women’s Championship versus Bayley in a Ladder Match. Bianca (-200) has Asuka and Alexa Bliss ringside for this one, while Bayley (+150) has Dakota Kai and Iyo Sky nearby.

Liv Morgan won the WWE Raw Women’s Championship after winning the Money in the Bank 2022 match and cashing in on Ronda Rousey. She’s survived through WWE’s SummerSlam 2022 and outlasted Shayna Baszler at Clash at the Castle.

Now, Liv has to once again prove she can win against Ronda in order to keep her championship. This time, weapons are legal as it’s an Extreme Rules match. The champ enters as a +160 underdog, while Ronda is the -230 favorite to win.

Matt Riddle and Seth Rollins will look to end their feud in the most brutal way possible. The two foes step into the Fight Pit with Daniel Cormier as the special guest referee. As of this report, Riddle is a -350 favorite with Rollins a +225 underdog at the BetUS sports book online.

The WWE Undisputed Universal Champion Roman Reigns isn’t part of the card, as his next big title defense comes at Crown Jewel against Logan Paul. However, the winner of Drew McIntyre vs. Karrion Kross in a Strap Match could determine a future contender for Roman’s title. Right now, this one’s a “pick ’em” situation with both men at -120 odds to win.

Check out the full match odds below, which also include Edge vs. Finn Balor in an “I Quit” Match!

Things to watch for at Saturday’s event

We already know that they’re probably won’t be any Money in the Bank briefcase cash-in for Theory since Roman Reigns isn’t featured in a match. However, some other surprises could happen at Extreme Rules.

We’ve seen teases of Alexa Bliss potentially reuniting with The Fiend Bray Wyatt in some way, should he return. Will that happen during the Ladder Match at Extreme Rules?

Another star that could return at some point is Charlotte Flair. Will she choose to make that return during the Extreme Rules match featuring Ronda and Liv?

Beyond that, we’re hoping for some fantastic matches from this card, particularly with that stellar Fight Pit match that’s on the way between two of the WWE’s most entertaining stars, Riddle and Rollins!

How to watch WWE’s Extreme Rules 2022

International viewers may have to watch the event live via the WWE Network. There are also various cable, satellite, and streaming service providers which offer the option to order Extreme Rules through their service. Make sure to check with your provider for the latest details to order the event.