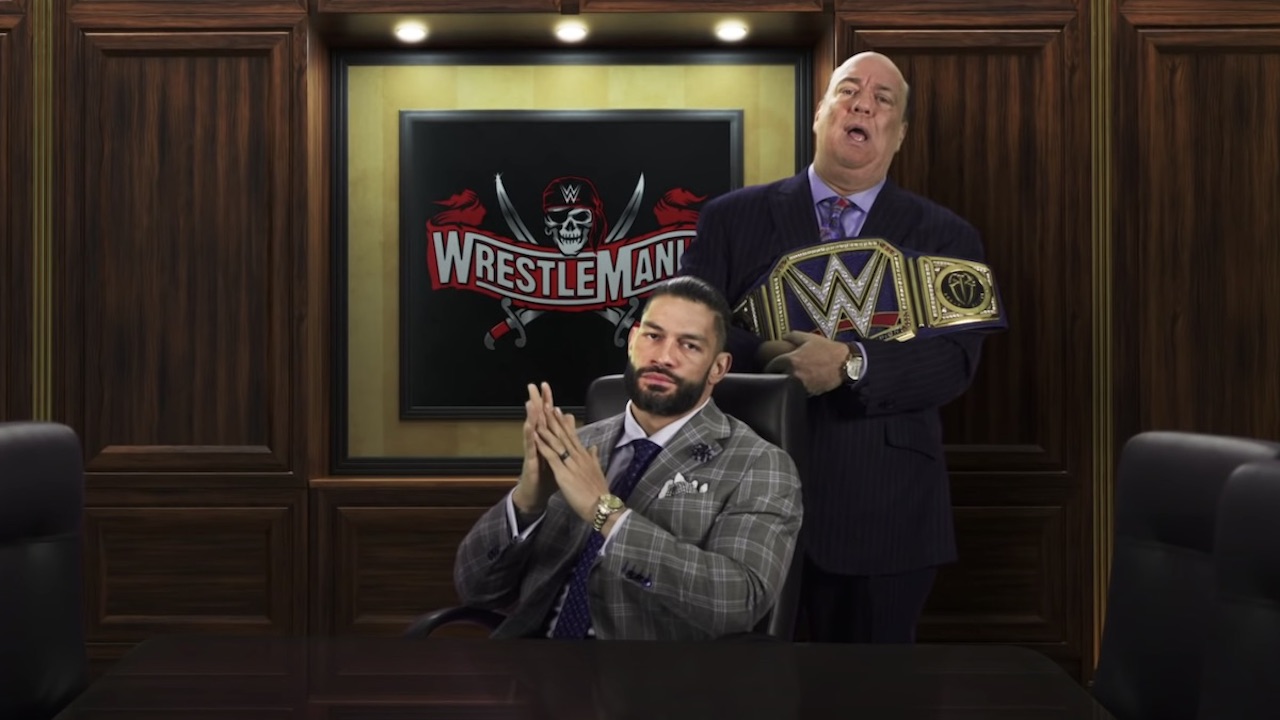 WWE WrestleMania 37 officially has a location, and it will be the place that the annual Super Bowl of wrestling was supposed to be held last year. Raymond James Stadium in Tampa, Florida will once again serve as the host site for the big event. WWE will be hoping for a better situation by the time the event arrives, as compared to 2020. Last year, WWE had to change plans for the event in FL due to the COVID-19 pandemic.

Last year, WWE announced WrestleMania 36 for Raymond James Stadium in Tampa, home of the NFL’s Tampa Bay Buccaneers. However, things shifted as the COVID-19 pandemic continued to unfold. WWE attempted to keep its plan in place but ultimately had to cancel the event for fans, and issue refunds for tickets.

Instead, they presented a pre-recorded version of WrestleMania 36 from the WWE Performance Center in Orlando, Florida. There were no fans in attendance. This allowed for WWE to edit matches and segments, including two special matches. One featured The Undertaker in a Boneyard Match against AJ Styles. The other was a Firefly Funhouse Match with Bray Wyatt aka “The Fiend” against John Cena.

Many fans celebrated the different styles of matches, but many others wished they could attend live in person. In 2021, the event was going to take place on the West Coast in Los Angeles, California. Now, the WWE WrestleMania 37 location has changed from Los Angeles to Tampa, Florida.

Per reports, the event will take place on April 10 and April 11. Per Wrestling Inc, WWE is set to announce ticket availability and COVID-19 safety protocols for the event.

In addition to learning the site for this year’s WWE spectacle, the WrestleMania locations for 2022 and 2023 were also announced. WWE presented a comical video featuring superstars Triple H, Stephanie McMahon, Roman Reigns, Sasha Banks, and John Cena to reveal the host sites.

In the video, Triple H and his real-life wife, Stephanie portray news anchors. They send it out to various reporters in the field for news about the future WrestleMania locations. Current WWE Champion Roman Reigns appears with advocate Paul Heyman to present the WrestleMania 37 details.

Check out the full WrestleMania report promotional video below:

The big announcement arrives just a few weeks ahead of WWE’s Royal Rumble 2021. As of this report, betting odds reveal that Daniel Bryan (5/4) is the favorite to win the Rumble, an accomplishment he has yet to add to his professional wrestling resume. Just behind him in WWE odds are former NXT Champion Keith Lee at 9/2, with Brock Lesnar and Big E in a tie at 8/1 to win.

Visit our WWE page for more of latest news and odds information.