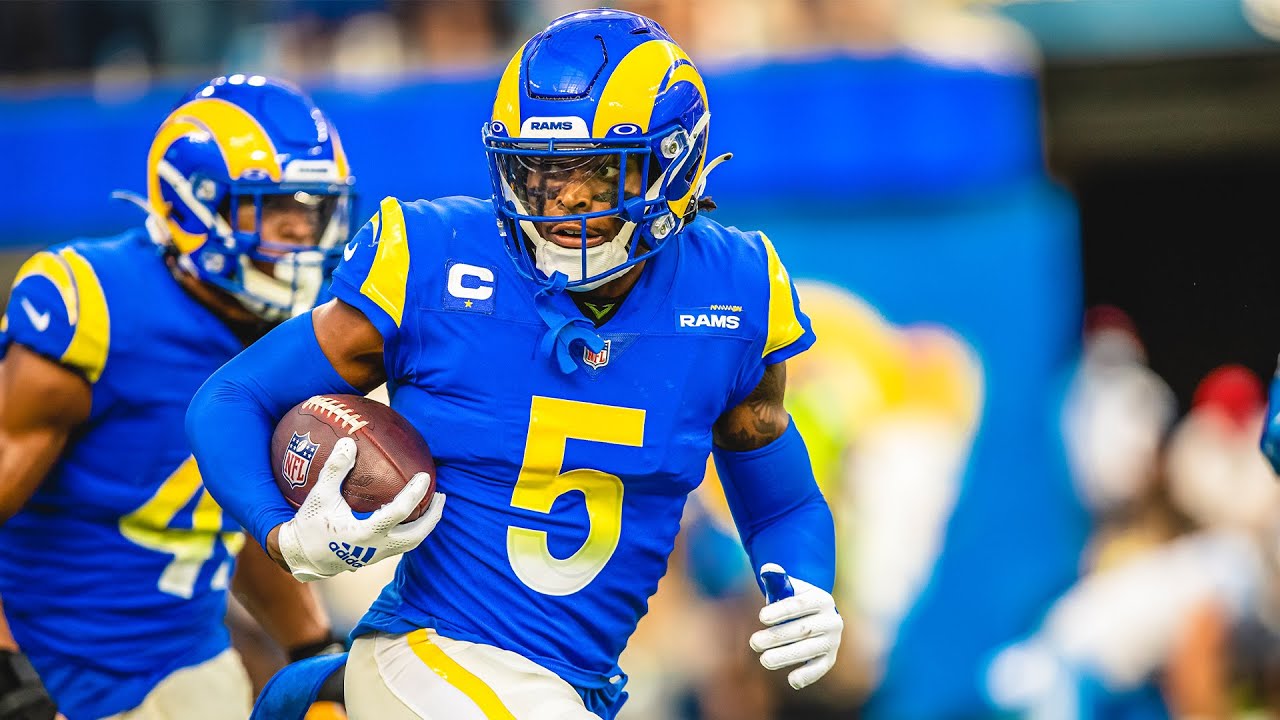 The Detroit Lions were arguably the hottest team in the NFL during the final three months of the 2022-23 season. The Dan Campbell-led Lions finished 8-2 in their final 10 games of the season – with losses only coming against the Buffalo Bills and Carolina Panthers. Now heading into the offseason, Detroit has eight selections in the upcoming 2023 NFL Draft – including two picks in the first round thanks to the trade that sent Matt Stafford to LA for Jared Goff two seasons ago.

With a very young team on offense and defense, should the Lions trade one of those nice first or second-round options for an established player that can help this team make an even bigger jump next season? I say yes – that is for the right price.

Detroit Lions Are on the Clock

Here at Sports Odds Digest, we love to play the virtual GM game. What sports fan doesn’t? Lions fans know GM Brad Holmes doesn’t need any help with selecting great players. Holmes has done an incredible job since taking over in Detroit two seasons ago as many of his draft selections have exceeded expectations on the field early on. However, with Detroit having eight picks in the upcoming draft – including two in the first round – here is the move I would make to build up that defense.

The Lions and Rams have done a lot of dealing the past two seasons, so how about one more? The connection between Holmes and LA is strong. After all, he was with the Rams organization for 18 years before heading to Detroit.

Now with the Rams seemingly in flux, just one season after Matt Stafford led them to a Super Bowl win, it is the Lions that look to be a potential NFC powerhouse next season. Detroit is the youngest team in the league which is why I feel good about possibly parting with a first-round pick for an established star.

So could the Lions and Rams make another deal that would make major NFL news this offseason? I’m talking about Detroit acquiring DB Jalen Ramsey.

According to Sportsnaut, via NFL guru Jason La Canfora, the Rams are definitely shopping the Rams star and are open to offers.

“It’s a matter of when Rams star cornerback Jalen Ramsey and Arizona Cardinals star wide receiver DeAndre Hopkins are traded, not if. And the GMs I have spoken to don’t believe those teams will get anywhere near the compensation that their fans might expect.”

Why the trade is worth it

In Ramsey, Detroit would get a proven superstar with a ton left in the tank. A former 2016 first-round pick for the Jags, the 28-year-old Ramsey has been a first-team All-Pro selection three times and is considered one of the few shut-down corners in the game today. Ramsey could also help mold a young defensive secondary.

Trading a first-round or second-round pick is always a tough decision, but this one isn’t. Jalen Ramsey is one of the best in the game. He is also in his prime. The Lions’ defense, which finished last overall in the NFL in 2022, needs a deal like this to take place.

If you can get a player like Jalen Ramsey and still have 6-7 picks in the draft, that is a deal you just have to make! Below is a look at the Lions draft selections for the upcoming 2023 draft.

Detroit Lions Draft Picks by Round in 2023