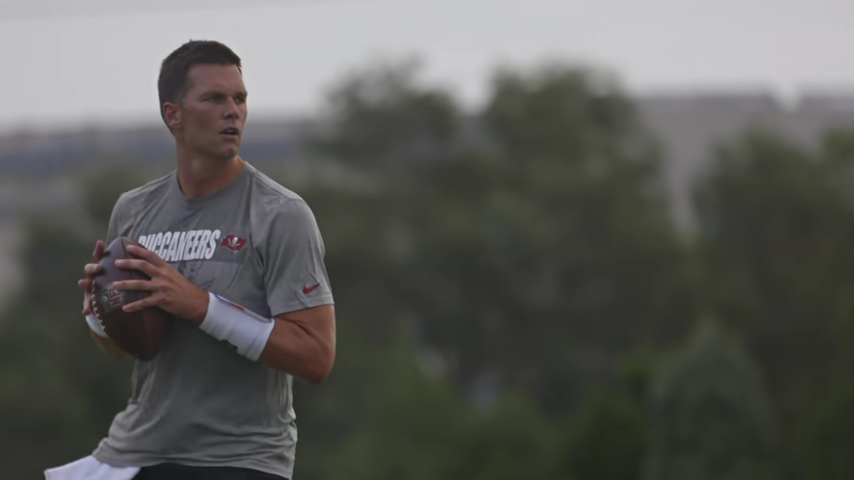 The odds to win the NFL MVP Award heavily favor Green Bay Packers quarterback Aaron Rodgers – and for good reason. Rodgers led the Packers to the best record in the NFC at 13-3. He also tossed 48 touchdown passes to just five interceptions.

Those types of numbers are hard to argue with. This Sunday, Rodgers will face off against who I believe should be the 2020 NFL MVP, Tom Brady.

Is it possible that Brady being overlooked for his 4th MVP because of his incredible success over his career? I think so.

Is Tom Brady just too good? I ask this question because the fact that he isn’t even in the top five names of Las Vegas odds favorites of possible league MVP candidates is, well, laughable.

All Brady did is toss 40 touchdown passes, threw for 4,633 yards, and led Tampa Bay to their first playoff appearance since 2007. He also is one game away from reaching the Super Bowl as the starting quarterback for his squad for the 10th time.

The icing on the cake that Brady definitely deserves the 2020 award? He did all of this with a new team.

Time after time we see players leave a team after a long stint and they struggle in year one. All the excuses for failure were in place if TB 12 did just that, but he didn’t.

The MVP isn’t just based on stats, at least that’s what the NFL claims. It’s about many factors including leadership and how the team would fare without that player on the field.

Yes, Aaron Rodgers had a great year. So did several others. However, for Brady to be just an afterthought is mind-blowing. I guess when you are good every year, people take you for granted.

Just ask greats like Michael Jordan, Wayne Gretzky, Ken Griffey Jr, and Larry Bird. All of these players were so dominate that the only time they made headlines is when they had a bad game.

Brady would be my choice for league MVP and at +25000 he would pay a boat load of cash in return. Here is your list of NFL MVP finalists.